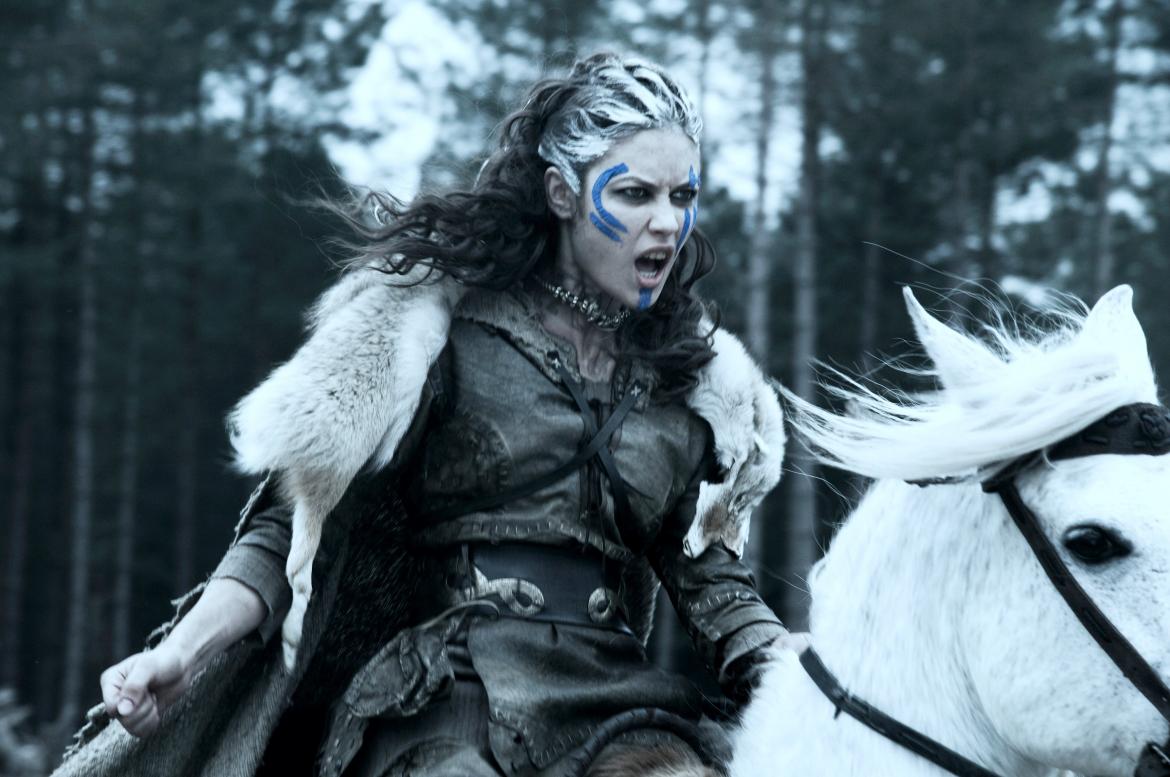 With his unabashed love for B-movies, tough guys (and girls) and genre tropes, Neil Marshall could just become this generation’s John Carpenter. In the past eight years, he’s made two horror movies, a post-apocalyptic action flick and now with “Centurion”, an old-fashioned swords-and-sandals chase picture. On the docket he has a World War II action movie, a heist film set in Camelot, a horror western, and a 3D gore movie. If a couple of those movies can equal or surpass Marshall’s high water mark of “The Decent” then he can claim Carpenter’s title. Until then we’ll have to make do with another good but not great effort in “Centurion”.

What happened to the Roman Ninth Legion is one of those historical mysteries that talking heads like to conjecture about on basic cable. Some believe they were wiped out in a catastrophic British war, others think they were transferred to Persia and quietly disbanded. The lack of any definitive historical record freed Marshall to tell his own story. In his version, the Ninth Legion was dispatched to Britain to attack the Picts, the Celtic inhabitants of what is now Scotland and Northern England. Accompanying the legion is a female Celtic scout named Etain, who is mute because when she was a child Roman soldiers killed her family, raped her and cut out her tongue so that she could never speak ill of the Roman empire. Anybody see the flaw in the Roman’s plan?

As the legion marches into Pict territory they rescue Quintus Dias, the titular centurion, who was taken prisoner by the Picts following a raid on a Roman outpost. Shortly thereafter, Etain betrays the Romans and leads them into a Pictish trap which only Dias and six other soldiers survive. From this point the band of seven Romans must escape the Etain and the Picts who are hunting them and find their way back to Roman territory.

Maybe the most interesting part of “Centurion” is that it’s not a simple story with good guys and bad guys. The Romans are an invading army which has committed horrible atrocities like the one that befell Etain, but the soldiers themselves are portrayed as brave men fighting to return home. Even though they are the antagonists of the movie, it’s also easy to sympathize with the Picts because they are simply defending their homeland against foreign attackers. Etain, who the Romans see as a terrifying force of pure malevolence, is also the one character more than any other who has every right to be pissed and have a thirst for Roman blood. This refusal to portray the movie in black and white terms gives an extra layer to what could just be a simple, flashy action movie and turns it into something that flirts with commentary on our own war in Afghanistan.

If you come to “Centurion” hoping for political context, though, you will be sorely disappointed. This is not a political statement hiding behind swords and arterial sprays, this is a full-on action spectacle with just enough modern day parallels sprinkled in to give film reviewers something to talk about. If the film sounds like a lot like “Gladiator” versus “Braveheart”, it’s because that would be a pretty apt description, especially if you add in the delirious blood and gore of “300”. Подборки интересных игровых автоматов с выводом , присутствующих на площадках интернет казино, позволяют увлекательно проводить время за игрой. В авторитетных онлайн клубах с выводом средств у игроков не будет никаких проблемных ситуаций. Они обеспечивают пользователям необходимый инструментарий для оперативного осуществления денежных расчетов. “Centurion” features body parts being lopped off left and right with hyper-real explosions of blood that wouldn’t look out of place in an Xbox game.

Beneath all the spears to the head and decapitations lies a story that is strictly by-the-numbers. There aren’t any surprises in the movie and everything that happens has already happened in hundreds of other movies. That’s not a huge problem in a film that looks great and boasts an overqualified cast but it is disappointing that it never quite reaches its full potential. Great B-movies have been made with exceedingly simply plots but here, even with the fully realized characters and lovely visuals, the overly familiar story sometimes comes off as flat and boring. Every double cross happens right when you’d expect it and by the time the requisite love interest shows up it’s pretty clear that we’re in well-trod terrain.

Ultimately, “Centurion” has more in common with “Doomsday” than “The Descent”. It’s a fun trip into genre territory led by a director with a fan’s passion for the material, but it never really rises above that. Maybe it’s unfair to be so hard on Marshall for not knocking it out of the park like he did with “The Descent” but he’s proven he has the talent and his willingness to indulge his inner fanboy is a good indication that it could happen again. It’s hard to complain too much when he keeps putting out entertaining movies that are a fine way to while away a Sunday afternoon, but it’s even harder not to hope that his next movie is going to be the one that finally seals his place among the great genre directors.