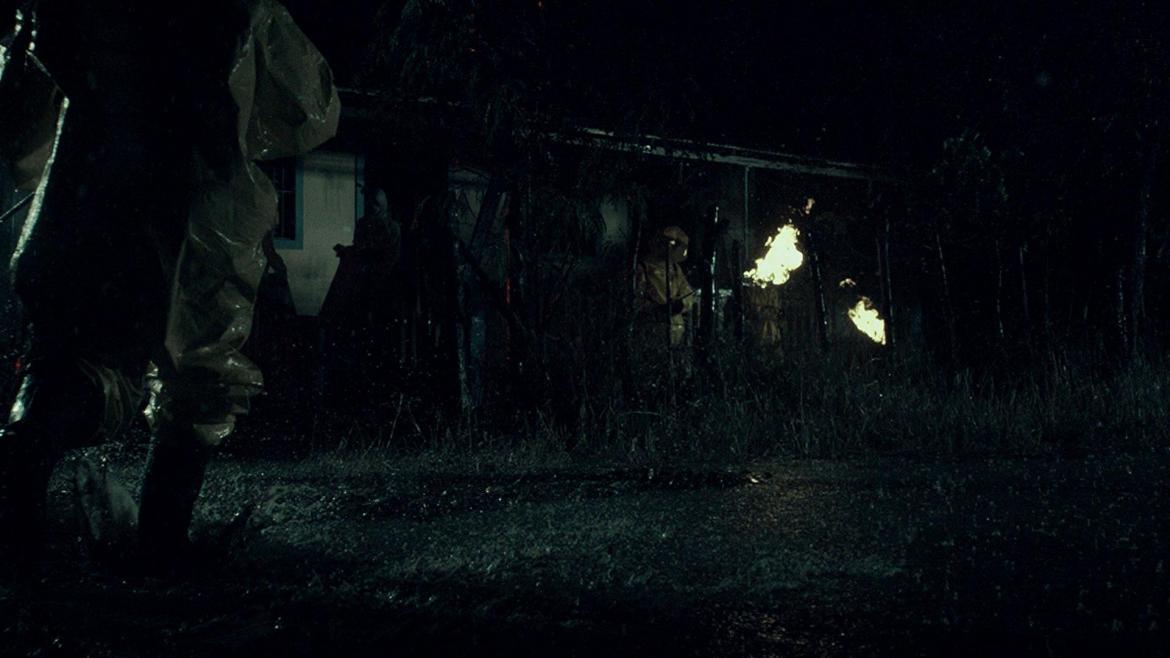 In the third outing chronicling the flesh eating virus that plagues the Cabin Fever franchise, you are presented with a common formula, repeated.  There’s little new to gross the viewer out, except for a new location and some actual villains. Otherwise, this movie is par for this course.

This time around, a group of youngish friends are out for a caribbean bachelor cruise.  It’s the standard trip with weed, beer and one girl that always seems to be in a bikini, on a seemingly deserted beach.  What they are unaware of is the secret government lab where they are conducting experiments on the lone carrier of the lethal virus, who just so happens to be immune. As one would expect from a Cabin Fever film, all attempts at containing the virus go haywire in stupid ways and before long, everybody is running from an invisible menace.  With the introduction of a group of shadowy government scientists, there is at least something for our protagonists to run from.  These scientists are of course running from the very same invisible monster as the "good guys", but it does add a variable to the chaos as they try and exert their own force on the situation.

There are no real surprises in Cabin Fever: Patient Zero.  Everything progresses just as you think it might.  People get sick, things get extremely gory and then it ends.  There are some efforts to provide some over-the-top, comical outtakes as the virus begins to set in, but few manage to actually shock.  Most just serve up what one expects from in a Cabin Fever movie in the first place.

While the movie fails to innovate, that’s not to say that it’s unwatchable. For its okay acting and a mediocre take at an actual story, it’s a serviceable movie that you can watch at your leisure on many streaming services.  Where it had an opportunity to change things up for the franchise, it fails to give any nuggets that would make it more worthwhile, such as about such as an origin story for the virus.  Instead, you're left with more of the same, a passable film for gore hounds only.