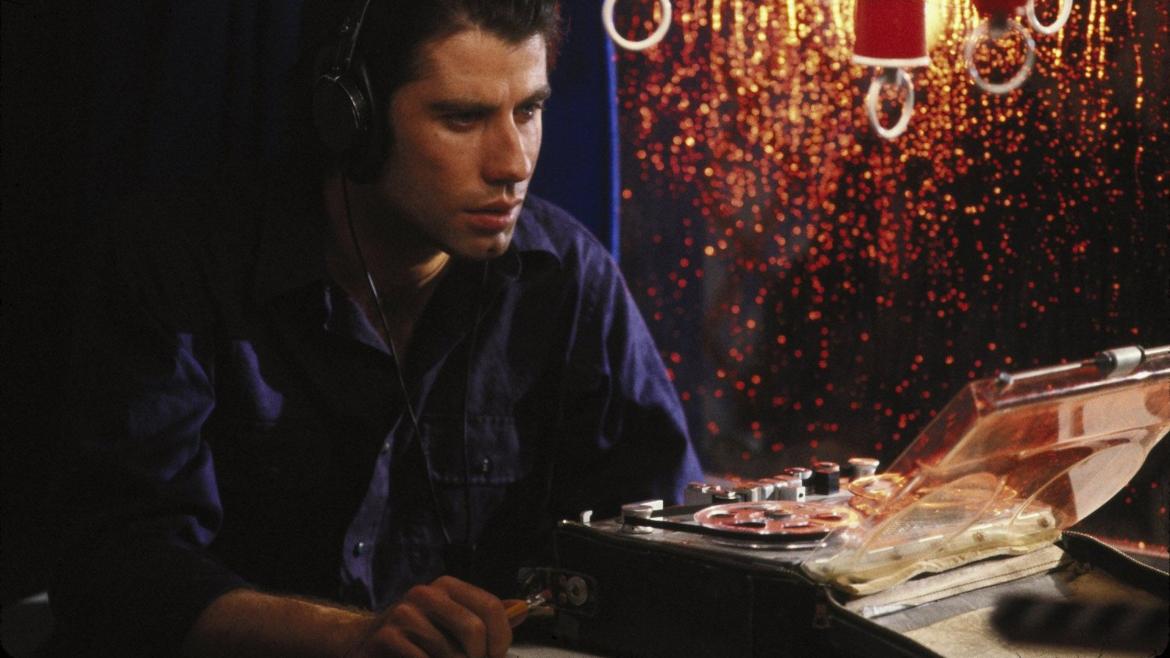 For much of Brian De Palma’s ten-year run from Sisters to Scarface he was positioned as the exemplar Hitchcock acolyte. Championed by Pauline Kael and rigorously appreciated by Robin Wood this run of nine films (plus or minus) has the reputation of some sort of magical constellation of New Hollywood technique, narrative pastiche, and “classical” film appreciation. Trading in improvisational comedy, raw suspense, sexual awakenings, criminality, and slashers, De Palma’s work was something to incense or inspire admiration.

With his 1981 political thriller, Blow Out, De Palma calls upon a new arsenal of narrative and stylistic reference points evoking horror, classic Hitchcockian suspense and European/New Hollywood existential crises with a touch of giallo. The film is awash in transparent references ranging from Antonioni’s Blow-Up, Coppola’s The Conversation, and even Powell’s Peeping Tom (or Halloween if we’re going to try to lay them all out). To echo Pauline Kael’s original review, there are moments in Blow Out when it seems entirely possible all De Palma’s other work was simply practice.

Jack Terry (John Travolta) is a sound engineer working in a sleaze-ball exploitation movie studio. One night Jack is out recording some atmosphere when he witnesses a car skidding off the road and into a creek. It’s not until after Jack rescues Sally (Nancy Allen) from the accident that he is informed a high profile presidential candidate perished in the wreck. Unconvinced of the so-called “accidental” nature of the incident, Jack listens to his recording and believes to have some aural evidence suggesting a wider conspiracy.

Coming at the end of a number of political conspiracy and suspense thrillers the film’s place in history seems a touch outside of the realm of relevance despite its connection to a similar incident. But what marks Blow Out as distinct in De Palma’s career is precisely this grappling with conspiracy and real world political intrigue. His previous films engage with the ideological to varying degrees but their address always hovered somewhat in the ethereal arguments of hegemony and social construct. Jack, on the other hand, is a character embroiled in a political scandal that he cannot help but participate. He is warned at every turn and given the option to leave with a potential romantic partner. But much like Jack’s professional hunt for the best sounding wind or perfect scream he cannot help himself, for noble or selfish reasons.

De Palma's direction interweaves Jack's experience with the very form of the film. Vilmos Zsigmond’s cinematography captures a combination of real world deep focus imbued with a sense of the fantastic impossibility of certain forms of perception. Early in the film we watch in split-screen as Jack edits and segments magnetic audio reels while watching the news, calling attention to the artifice and construction of Jack’s work with that of the news media. Soon Jack exits his apartment, searching for new audio in a nearly abandoned park. At first Jack trains his microphone on a couple canoodling only to have his wondering stare called out. Next Jack locates a frog, screeching, tires, and an owl. The camera cuts from different angles that position the source of the sound in the foreground and Jack in the background both in focus and significance in the frame. This is a keystone sequence, a singular incident from which nearly all of the rest of the film draws importance and drive. Here Zsigmond and De Palma lay the groundwork for the inevitable collapse of truth that signifys Jack’s own sense of hopelessness and inadequacy, punctuated with a beautifully cruel finale.

We Need to About Kevin