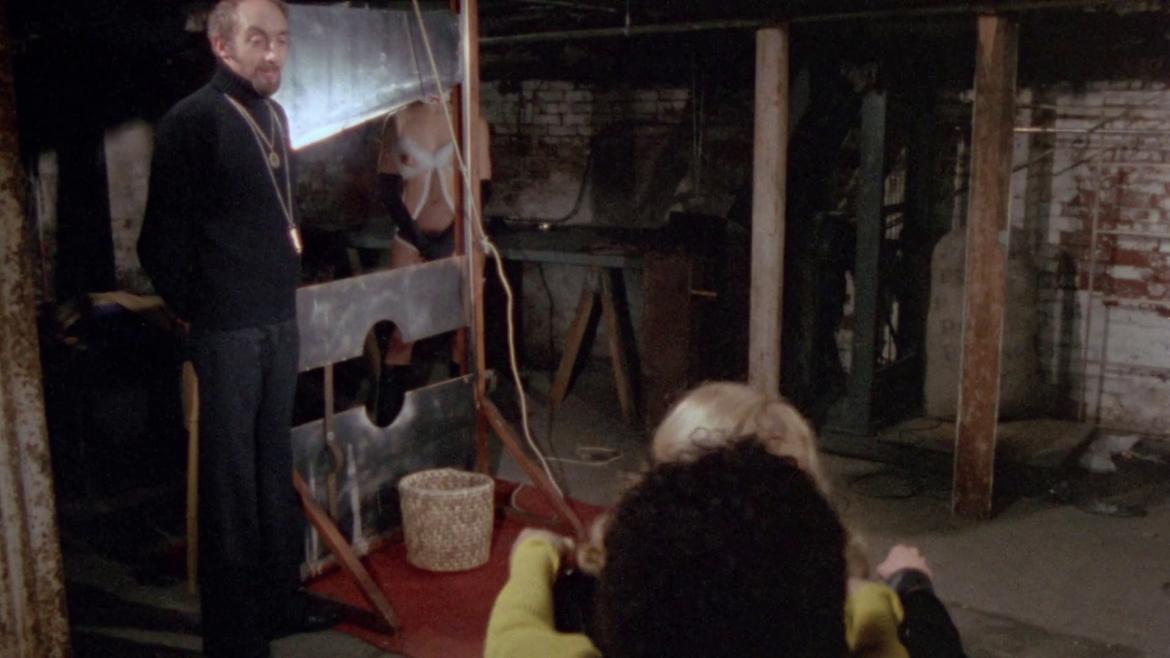 In Blood Sucking Freaks we're dropped into the Theatre of the Macabre, in which Sardu (Seamus O'Brien) forces all sorts of sadomasochistic horrors on his brain washed victims, even putting some on display as a show for the unsuspecting public.

It's difficult to even discern whether Blood Sucking Freaks should be considered a film. That's not a quality judgment, it's just that, much like the performances taking place within the narrative, the whole point is that horrific, perverse things are being put on display. There's more in common here with the Grand Guignol than it does most other horror films, a fact that is almost certainly intentional. Unlike even the films that often get lumped into the “torture porn” label there's a complete disregard here for an attempt to surround the set pieces with much of a story. The problem with this is mainly that the film is incredibly low budget, and, in turn, the gore effects are simply not very good, even for the period in which the film was made.

To go along with the low end visuals, the film also has a lot of very questionable acting. O'Brien as Sardu and luis de Jesus as his diminutive sidekick, Ralphus, at least go so completely over the top in hamming it up that it could be assumed that they were in on the joke (“could,” but, honestly, no, it's most likely just bad acting), but most of the other actors just seem confused.

Really, one's enjoyment of Blood Sucking Freaks is going to be completely dependent upon whether or not they enjoy pure, unadulterated shlock. The film has little going for it outside the cheap gore effects and nudity, but there is something almost quaintly charming about it, in an incredibly smarmy way. There isn't a long list of movies like it (the work of Herschell Gordon Lewis immediately comes to mind if this type of things works for you), and it's certainly outside the bounds of the type of things that horror audiences would accept from films made today.