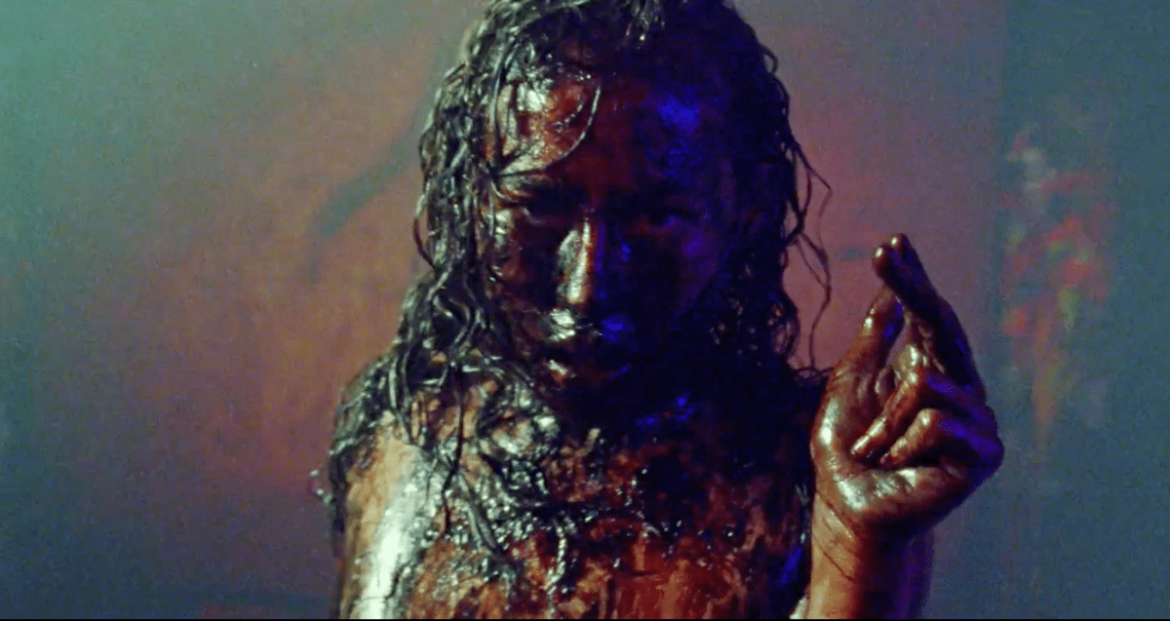 Perhaps the best way to tackle a film like Bliss is to just come right out and put all the adjectival cards on the table. For approximately 80 minutes, writer/director Joe Begos guides you on one of 2019's loudest, sleaziest, grimiest, and goriest roller coaster rides. Bliss is a pure exercise of visual and auditory chaos that's all at once overwhelming and entrancing, even when it doesn't work.

Dezzy (Dora Madison), an in-demand Los Angeles based painter, is in the grips of a crippling artistic block with a deadline fast approaching. She hasn't finished a painting in 3 months, bringing those counting on her to question if she will be able to come through. In an attempt to snap herself out of it Dezzy embarks on a drug fueled odyssey within the dark corners of LA, eventually seduced by a lust for blood and more drugs and completely turning her life upside down while subconsciously reawakening her creativity.

Over three features (Almost Human, The Mind's Eye and now Bliss) Begos has proven how much he can accomplish within microbudget constraints--excelling especially in practical gore effects. Bliss sees the director tackling a narrative that's deeper and much more ambitious creatively than his previous features. Though ambitious, a tight intimate circle that focuses on one character's psychedelic journey was clearly the right way to go, even if the budget doesn't always allow for wiggle room visually.

The first two acts of Bliss have a more collected structure, allowing the film to explore Dezzy's various character quirks. On the surface she seems to be an abrasive creative type who is very much not a people person. As her mind and body become corrupted through the influence of the drugs she's on--and exposure to something more supernatural--the film spirals down through trippy sexual experiences and hypnotic paint sessions until it explodes into a kaleidoscope of gore. All the disparate elements carry weight through the physical performances, but often loses impact through dialogue.