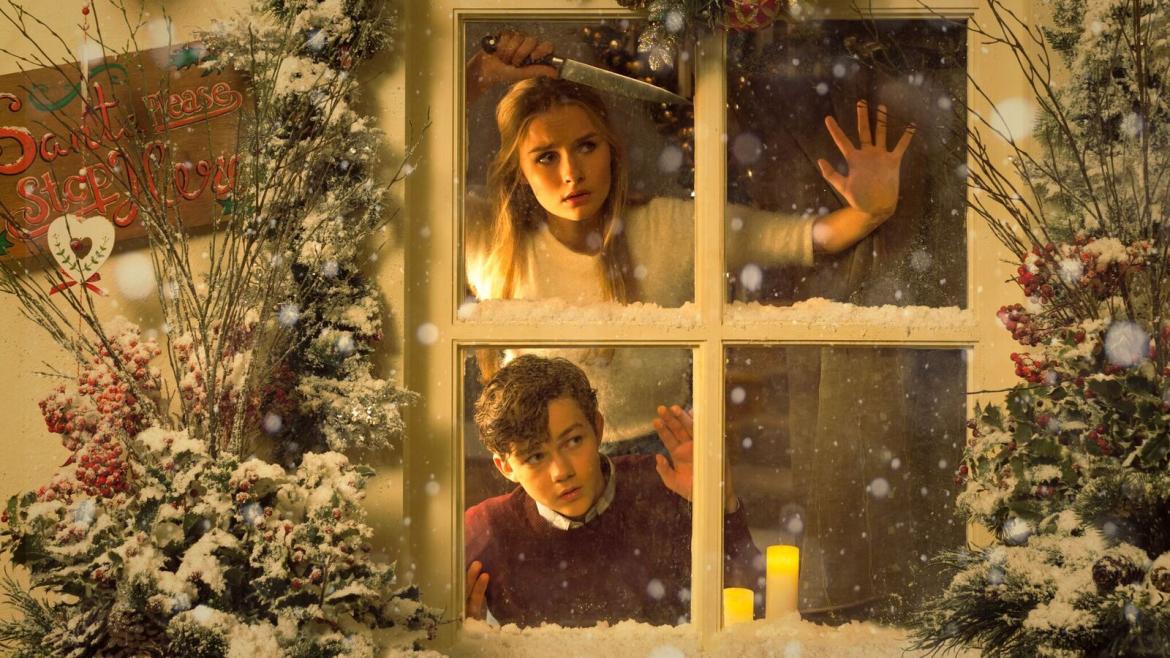 Christmas is a magical time. Families are brought together, gifts are shared and mall Santas across the country are employed once again. Chris Peckover's Christmas home invasion flick Better Watch Out brings another sort of holiday spirit to the season as it comes ho-ho-hoing in with a sinister bellow that's sure to ruin few holiday parties.

Better Watch Out (formerly titled Safe Neighborhood) is unfortunately one of those movies that the less you know, the more you'll enjoy its unique perspective on the home invasion subgenre. A simple one sentence pitch would go like this: a babysitter's quiet night is interrupted as she defends herself and the twelve-year-old she's in charge of from intruders. Except this particular home invasion isn't quite what it seems.

Peckover's film relies heavily on the performances of his leads. Olivia DeJonge is reunited with her The Visit co-star Ed Oxenbould, but shares most of her screen time with Levi Miller. Miller's arc in-particular should prove to be the film's anchor. The young actor has a certain swagger that's admirable for his character's particular duties, but verges near Justin Bieber levels of intolerable arrogance.

Beyond the performances Better Watch Out thrives on a unique tone set by the dark comedy paired with the sudden and over-the-top (off-screen) life and death stakes/violence presented later in the film. Home Alone references and Funny Games similarities will test the audiences ability to grasp the shenanigans in Peckover and Zack Kahn's script, butif  you stick around and give the film room to do it's thing there's more than enough twisted fun to be had--even with some of its misogynistic outbursts.

It's going to be harrowing to see how exactly this particularly holly jolly flick will be marketed to audiences. Its very specific twist happens before the halfway mark so there's a lot of movie that's fair game for marketing to fumble in an unfortunate way. Ресурс 100online.casino откроет вам двери в мир азарта Furthermore, the film's replay value becomes questionable once all the cards are on the table.

Better Watch Out isn't here to bring you and yours some yuletide joy. It's here to spike your eggnog, burn down your house--tree, gifts and all---and leave you passed out on the ashes holding the lighter. Chris Peckover attempts to forge a new holiday movie tradition that might only find its way into a very specific audience's stocking.

Better Watch Out opens in theaters and on demand on October 6, 2017 from Well Go USA.