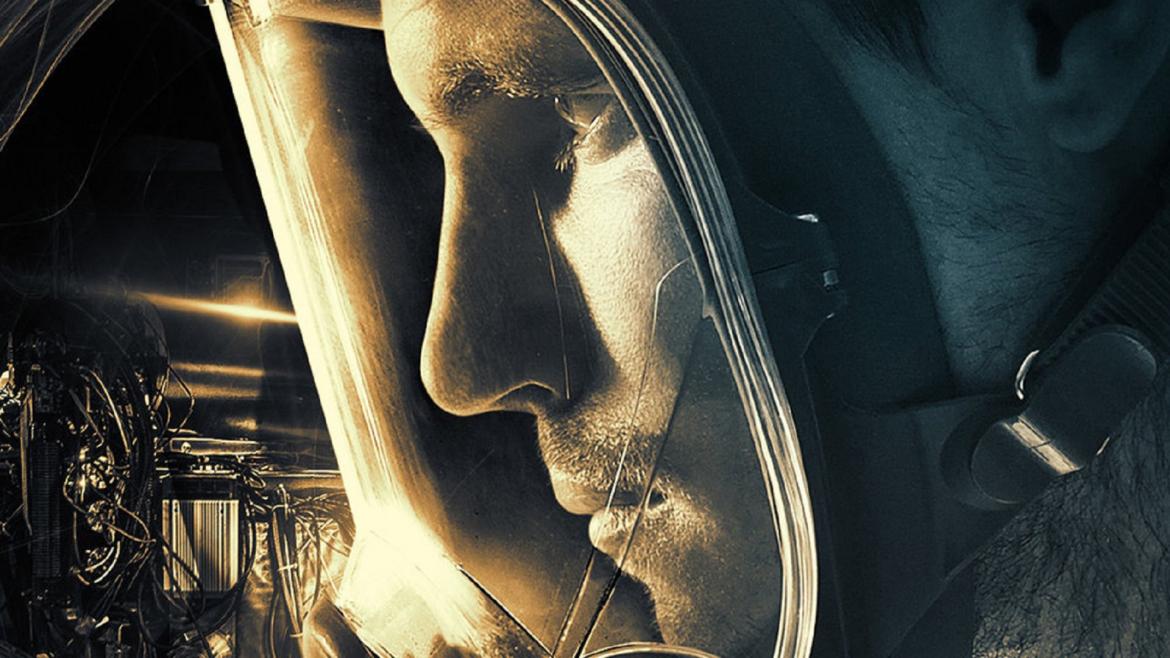 It’s 6:16 AM. A man wakes up next to his wife moments before his bedroom is invaded by assassins, is beaten and kidnapped, and his brief attempt at escape is foiled when he’s stabbed in the stomach and dies. It’s 6:16 AM. The man wakes up again. He changes course, trying to gas his assailants with cyanide, but a disturbing revelation about his wife leads to a gunfight in which he is killed a second time. It’s 6:16 AM...

Dropping an audience into the middle of the action is convention in thrillers, but ARQ is especially jarring, delivering rapid fire, incomplete backstory in its earliest scenes, giving the deliberate impression that you’re starting the movie itself at a midpoint, almost like flipping channels and landing twenty minutes into the film. Eventually you piece together: a fugitive engineer named Renton (Robbie Amell) has just reunited with his activist wife, Hannah (Rachael Taylor) at least a year after she was kidnapped and tortured by his former employer, a defense contractor turned ruling global supercorporation, Torus. It’s many decades into the future. The atmosphere is barely breathable. The pope is a woman, and the symbolic leader of the rebel “bloc”, whose members are currently raiding Renton’s apartment. Australia no longer exists. Evidently, apples are highly prized.

And at least in this building, time itself is decomposing, because the technology Renton created, and then stole, from Torus--a perpetual motion machine called ARQ that could perhaps solve the planet’s energy crisis--has gone on the fritz, trapping everyone in a 3 hour, 14 minute loop that resets indefinitely. The Memento-like twist is that Renton, and eventually Hannah, can remember previous iterations, allowing them to outwit their captors while they play a longer game of regaining each other’s trust following a year of changing allegiances.

My rule of thumb for movies structured around narrative gimmicks is to ask if the story’s any good if the gimmick is completely removed, and ARQ doesn’t exactly pass this test: its world building is surprisingly evocative of a certain scarcity-themed franchise that has itself been accused (often incorrectly, but now’s not the time!) of ripping off its own share of dystopian predecessors. But it makes good use of its format, finding new ways to spread out revelations while doubling back on itself again and again.

ARQ’s reach may never exceed its grasp, but its performances, zig-zagging plot, and slick cinematography leave little wanting for science-fiction fans in the mood for something a little heartier than usual. If it relies too heavily on its influences, it’s certainly not alone. It’s the loop we’re all stuck in while we wait for the next visionary to break us out.