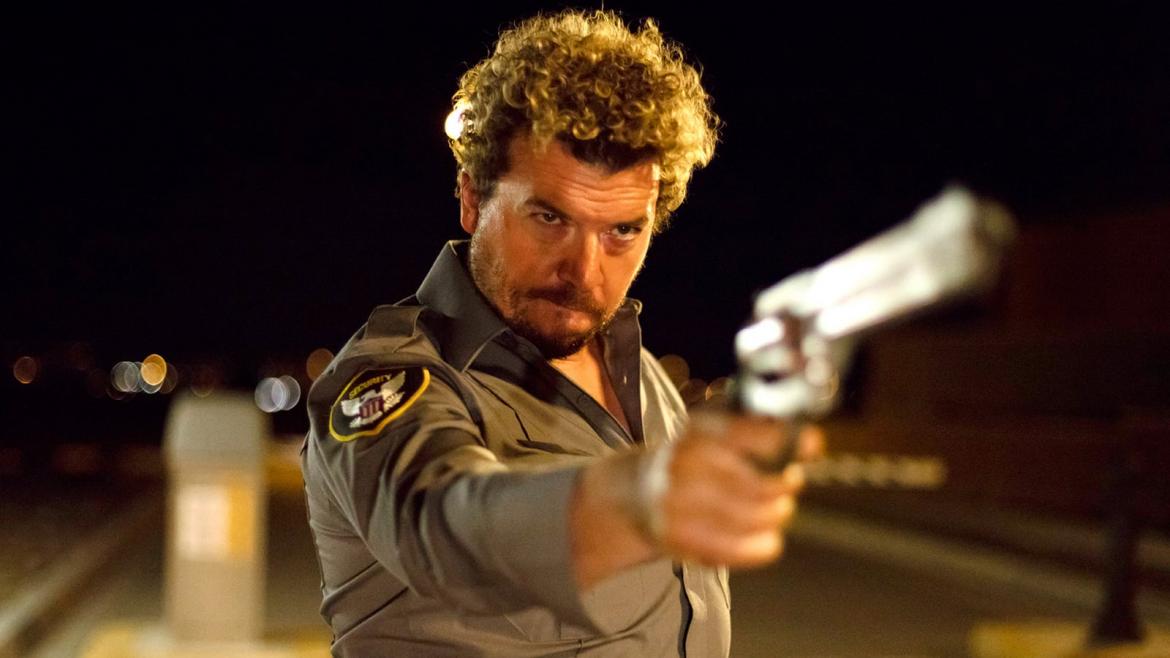 Behold, the untapped well of horror....real estate. Specifically the much talked about but rarely fully understood housing crisis in 2008. While there are true story dramedies starring multiple A-Listers to fulfill your cinematic mortgage yarns, here is the debut film by longtime assistant director Jonathan Watson, is here to whet the appetite of those craving an unlikely spree killer farce. Arizona is ridiculous and a tad overlong, but is ultimately a wildly entertaining darkly comedic thriller.

Set in the dusty landscape of-you guessed it-Arizona, Cassie (Rosemary DeWitt), a single mother and struggling Arizona real-estate agent, finds herself at the mercy of Sonny (Danny McBride), a nice guy with a hair-trigger temper who becomes increasingly unhinged after Cassie witnesses him accidentally murdering a fellow agent during a heated disagreement.

Drawing much of its strength from the always energetic McBride, Arizona skids through the majority of its 85 minutes letting the veteran comedic talent riff off the awkward and dire nature of his situation. Simultaneously, the film forgets that there are other talents at play, which hinder what could have been truly dynamic interplay between a frazzled McBride and various unfortunate souls who find themselves at the receiving end of his desperation. Of course, that is still what Arizona is, but the script does not allow much else to occupy the air or scenery outside of McBride and his ever-increasing unhinged ranting.

What the film lacks in terms of interesting visual flair, it makes up for in the bonkers escalation of events. Though front-loaded, the buildup from nice guy who lost his temper to full-fledged murderer is a steep incline that happens somewhat slowly before a switch is flipped and from then on out it's a cat and mouse film with a wise-cracking Jason Voorhees-if Jason preferred a gun over a machete.

While certainly not as refined and tightly packed as one might hope, Arizona does have plenty of unexpected surprises. Jonathan Watson's extensive work behind the scenes has him primed to make a successful run at the helm for the foreseeable future and over time he'll undoubtedly work out how to spread the wealth of cinematic shenanigans in all three acts as opposed to just the first two.