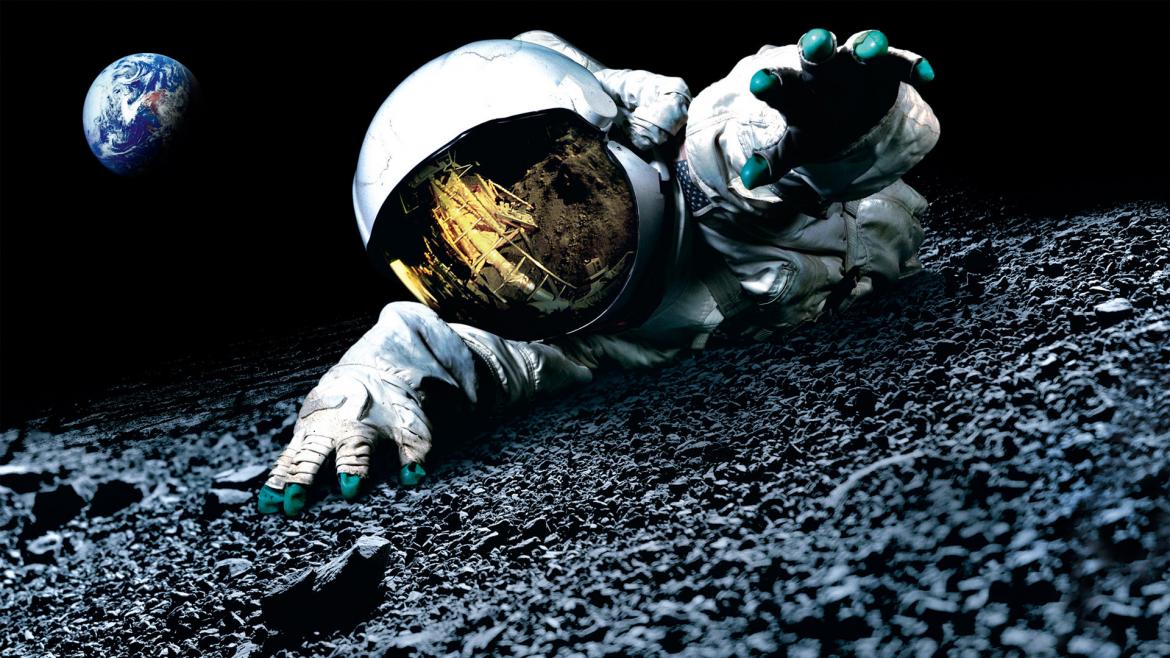 I don’t know at which point mixing up been-there gimmicks and concepts counts as an original idea, but I can’t help but think the much-maligned Apollo 18 comes close. Operating on the premise that a secret Apollo mission went to the moon after the program was purportedly shut down--and that its crew invented found-footage horror movies decades before anyone else--Apollo 18 flirts with a lot of cliches instead of latching on to a compelling central idea.

In 1974, astronauts Nathan Walker, John Grey, and Ben Anderson are informed that the Department of Defense has taken over the Apollo space program from NASA and that they’re headed to the moon. Due to the nature of the mission--setting up transmitters to spy on the USSR--it’s all top secret, and their families have been told that they’re receiving training in Japan. The movie moves through this exposition quickly, getting Walker and Anderson to the lunar surface right away and watching the fellows banter while the audience is given a tour of where all the cameras are set up and how they work. Almost immediately after the pair begins exploring the environment outside of their craft, footage is slowed and edited, a la an hour long expose on FOX or the History Channel, to direct everyone’s attention to a blurry pile of moon rocks that is shifting mysteriously in the background.

To its credit, Apollo 18 wears its risky choice of monster on its sleeve--we see right away that no, there will be no ancient moon colonies, advanced alien civilizations, or secret bases in this movie--just rocks that can turn into angry spiders (or vice versa) and attack the crew. Almost as quickly Walker is infected with a little-explained condition that leaves him paranoid and violent, presumably a vessel for the moon-rock-parasite in his bloodstream. It’s a more or less standard creature feature with some genuine scares, a high point being the discovery of a previously unknown Soviet moon mission that ended in death. Walker and Anderson soon suspect that the Department of Defense’s involvement in their mission (apparently working at least somewhat in tandem with the USSR, despite this being the middle of the Cold War) means sinister things indeed--namely, that they were likely never intended to return home.

By setting a found footage movie in the 1970s, director Gonzalo Lopez-Gallego could have gone cheap and easy and masked bad effects or sets with grainy and blurry filmstock. But we get a fair number of shots of the moon creatures, and though some of the jumpier cuts with “zombie Walker” seem cribbed from exorcism movies and a little out of place here, it’s a mark in Lopez-Gallego’s favor that he aims more for authenticity and atmosphere.

Apollo 18 is creepy, short (barely over an hour), and several rungs above the bottom of the barrel. When it comes to the low budget fare that clutters Netflix, you could do considerably worse.