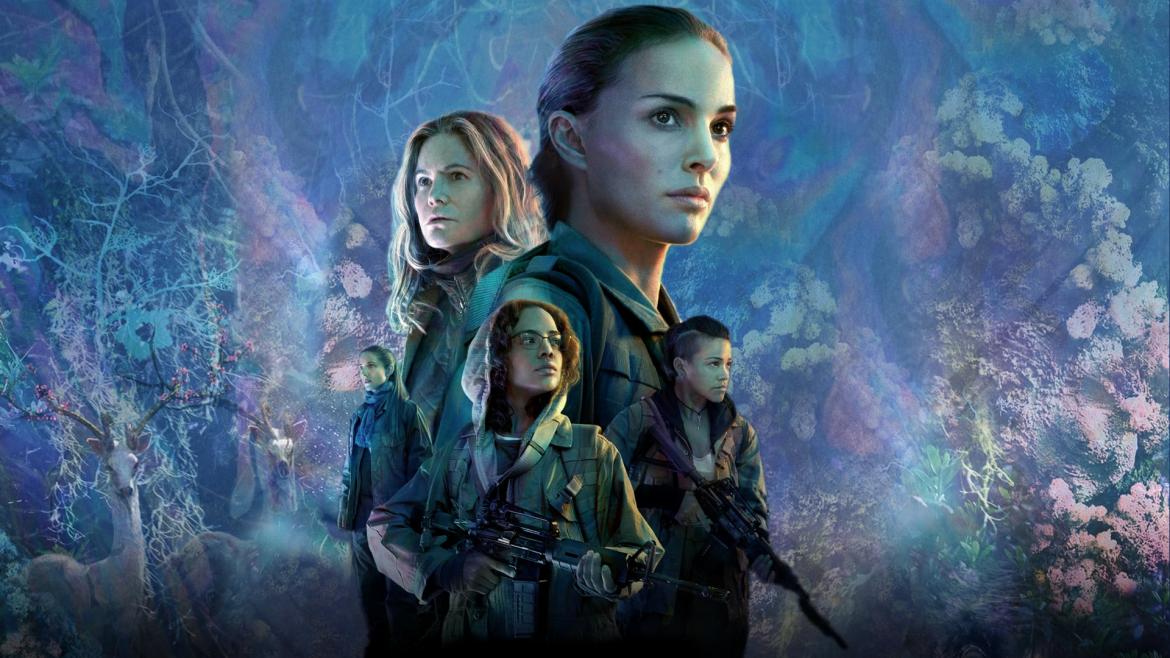 When we decide what we want to cover for the website, the best criteria that we have to go on is feeling. Obviously, most of the movies that we cover overtly "horror," as it'd be hard to find another tag for a movie about a killer clown or nightgown clad ghost girl. In the case of a film like Annihilation however, the genre distinction is far from clear, but what is clear is that it evokes a lot of feelings in the viewer, some that one might not expect from reading the description.

Annihilation is based on the book of the same name by Jeff VanderMeer, a part of the Southern Reach trilogy that takes place in the same "universe." It's been rumored, if not overtly stated, that the setting is inspired by the St. Mark's Wildlife Refuge in Florida, which just so happens to be within a fifty miles of my house. As a survivor of a number of Florida summers, I can say with moderate authority that this film captures the mystery and occasional horror of Florida wildlife in a way that for me was frankly uncomfortable.

Anchored by a characteristly stoic performance by Natalie Portman, playing soldier-turned-biologist Lena, this film centers around an account of an exploratory mission into "Area X" an area of coastal land engulfed in a giant, mysterious, oil-slick-like cloud known as "The Shimmer." Lena and her husband Kane (Oscar Isaac) are the only two known survivors that have made it out of the Shimmer after entering, and the film explores how that comes to be. While the narrative wrap of the story is Lena's account of the events, the bulk of the film is the portrayal of the mission itself, and the horrors encountered within.

If you're looking for a film that answers all of the questions it poses, Annihilation is not for you. The mystery of "The Shimmer" is never truly solved, but the exploration is magnificent in its execution. The effects of the landscape are almost painting-like in their visual detail, and the mutated monsters that the badass all-female crew encounter during their trek are intriguing and uniquely horrifying. Exploring how "The Shimmer" changes the wildlife, landscape, and crew themselves is the heart of this film. You're never quite sure whether what you're seeing is "real," or if it's a result of the constant mutation that's happening, and while that can be unnerving, it's utilized to great effect.

Patience is a necessary quality to have to get the most out of this film, because for every white knuckle mutant bear showdown, there's a near-silent 10 minute breathy clone mirroring ballet sequence. Truly, my only major complaint about the film is that the reveal at the end actually felt a bit empty given how content-dense the rest of it was. I would have almost preferred a completely open-ended conclusion rather than what ends up being a tight-yet-underwhelming final wrap-up.

The viewer's enjoyment of Annihilation will hinge entirely in the willingness to accept that it's not one thing, but many things. It's a monster movie, a relationship drama, a bright-yet-bleak art flick, and an experience that I won't soon forget.