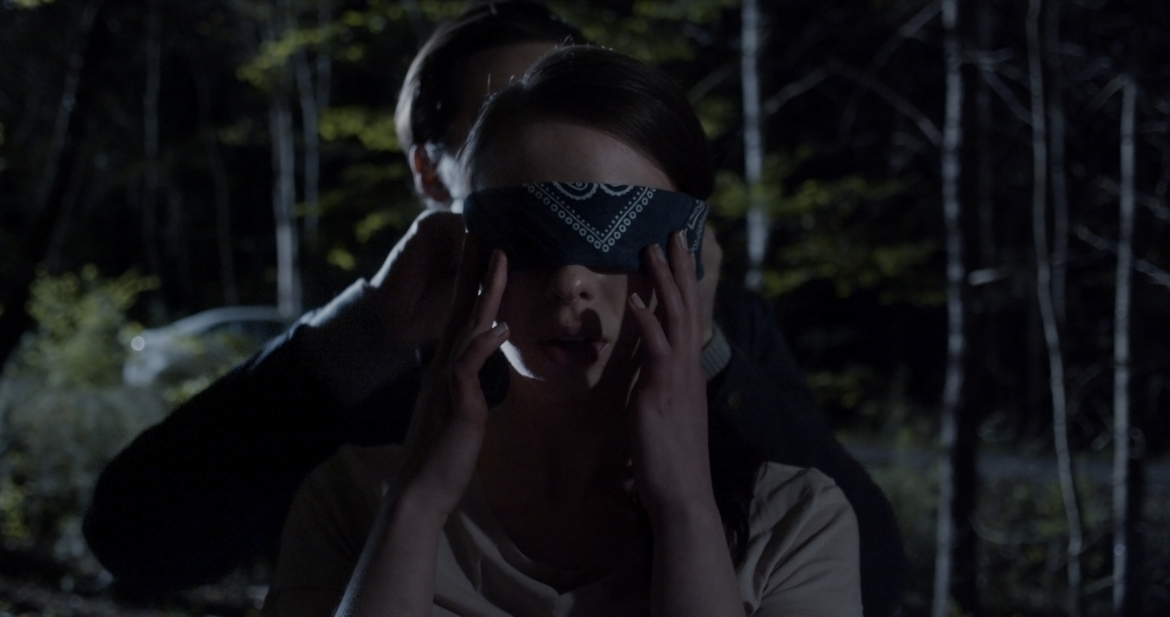 “’T is I, my love, sits on your grave,
And will not let you sleep;
For I crave one kiss of your clay-cold lips,
And that is all I seek...”

The horror genre is not strapped for stories of those loved ones who cannot let go of the dead -- be it their child crushed by a truck, a son who was left swimming unattended, or their lover ripped apart by pain demons. An Unquiet Grave directed by Terence Krey and co-written with the lead actor Christine Nyland, is another cautionary tale of the grieving process and the horror of being unable to leave the dead buried.

The narrative is simple and broad as a folk song. The story takes its inspiration from an English Folk Song collected in 1868 in Francis James Childs’ Popular Ballads -- as heard in this film's ending credits. Jamie (Jacob A. Ware) has lost his wife in a car accident a year ago. He asks her implied identical twin sister, Ava, (Christine Nyland) to help him perform a ritual to bring her back from the dead. Tragedy ensues.

The entire film features just Jamie and Ava. Two handers are extremely demanding on the actors and sometimes on the patience of audiences left waiting for Godot. Ware and Nyland begin the film with effective chemistry and a verisimilitude to their dialogue. Nyland plays her part well, but enters a fugue around the midpoint as the plot requires. Removing an active character from a two person movie feels like a misstep as it leads to some dragging down of the pace. Ware I recently saw in the short film You Wouldn’t Understand (2019) where he delivered a deliciously campy performance, but here he is able to vacillate between concerned and delusional in a satisfying manner.

That said, the film is horror in the style of Edgar Allen Poe -- a less tense The Tell-Tale Heart. This is a purely character driven piece and those looking for a pay off on the promise of scares will sadly leave broke. In a 75 minute movie, we should be engaged and not feeling like the story is spinning its tires. I hate to suggest this, but the tension would have been upped if our couple became a  thrupple. There exists plenty of opportunity to expand the stakes at play such as someone trying to find out why Jamie is acting strange or living with his former sister in law as he tries to hide the evidence, opening up potential scare avenues.

If you can enjoy a slow paced drama with horrific elements then this may be for you, but for myself I needed more to heighten the very simple story. An Unquiet Grave while delivering some captivating performances and tying the monster to the unfulfilled grieving process, ultimately gets buried by its own molasses pacing and lack of a compelling conflict.