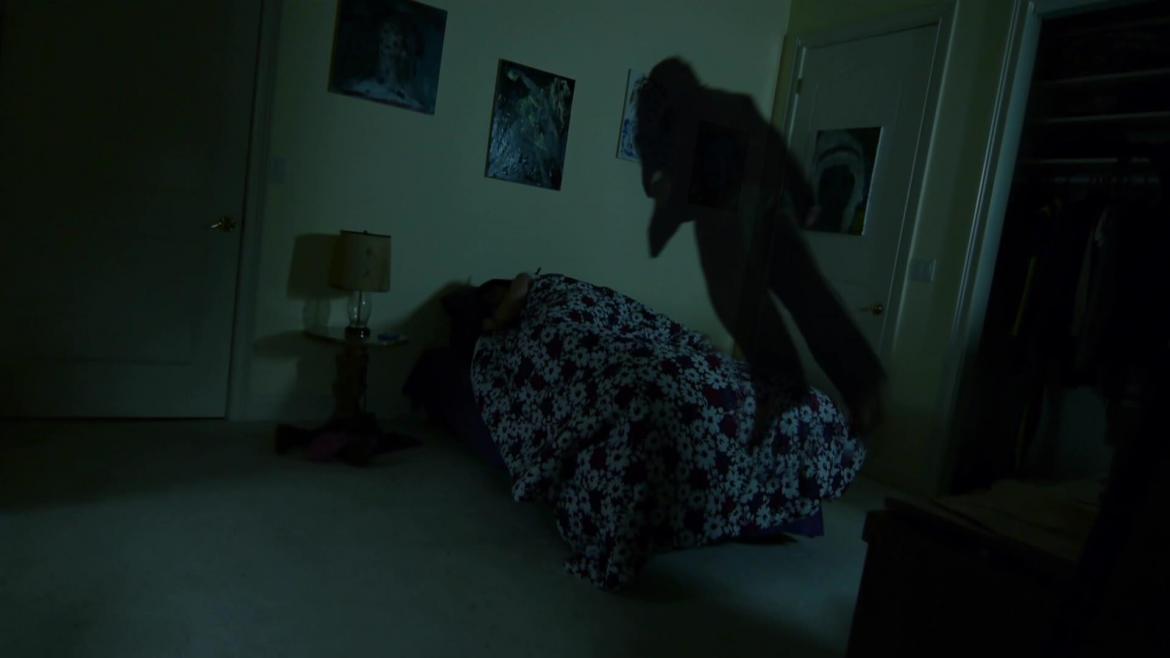 Haven’t seen the first American Poltergeist movie? Neither has anyone who made American Poltergeist 2. Fun fact: American Poltergeist 2 is two years older than the film it allegedly follows. In 2013 it was known as You Will Love Me, before adopting the title of The POLTERGEIST of Borley Forest in 2015 (that’s the DVD cover’s emphasis, not mine). A cynical person might suggest this was done to shamelessly leech off the popularity of the then-just-released Poltergeist remake, but … I don’t know how to end this sentence. As of now, the movie bears the moniker of American Poltergeist 2, but who knows what the future holds?

Anyway, despite not being a sequel to American Poltergeist, American Poltergeist 2 does an amicable job of upholding the atrocious cinematic heritage of the former. It features the same terrible acting, writing, and directing that plagued its in-name-only predecessor. What it lacks is much of that film’s made-for-MST3K sensibilities. The only thing keeping American Poltergeist 2 from being a step down is, somehow, against all conceivable odds, there is one moment of genuine tension. Also, its ending, while highly derivative, is fun in its gleeful stupidity.

Let’s back track. American Poltergeist 2 opens with a bunch of high school kids having a ho-hum party in the supposedly haunted Borley Forest. One of them, Paige (Marina Petrano), wanders off and finds a noose hanging from a tree. After she touches it, she begins to feel that someone is following her. Shadowy figures torment her late at night. Mystery flowers appear on her doorstep. Getting to the bottom of this requires exploring the dark history of the Borley Forest, and to do that, Paige teams up with a clown car of bland and almost entirely useless friends and hangers-on.

As a first time feature filmmaker, Stephen McKendree’s inexperience is on full display. He struggles with framing and his camera moves far too much. The amateurishness of the production is frequently most evident during throwaway family moments around the dinner table or quiet scenes at the diner where Paige works. Maybe he lacks faith in the ability of his actors or in the script by R. Presley Stephens to keep audiences engaged. His fears are well-founded. However, he doesn’t do anyone any favors by trying and failing to be slick. Also, micro-budget or not, the sound quality problems he rubber stamps in this film are inexcusable. There’s no way human ears could hear the distortion that overtakes some scenes and think: “This is fine.”

Credit where it’s due, McKendree does elicit some tension during a scene where Paige is menaced by a plad-clad spirit in her bedroom. Sadly, he diffuses it by cutting away too soon and ultimately the scene goes nowhere. But for a fleeting moment, he was at least on to something.

Call it what you want, American Poltergeist 2 is not worth your time. The film’s predatory marketing is the kind of thing that should infuriate any horror fan who has ever had a parent or loved one buy them a movie mistaken for something else. This can’t be held against the cast and crew, however the finished product’s abundant shortcomings very much should be.