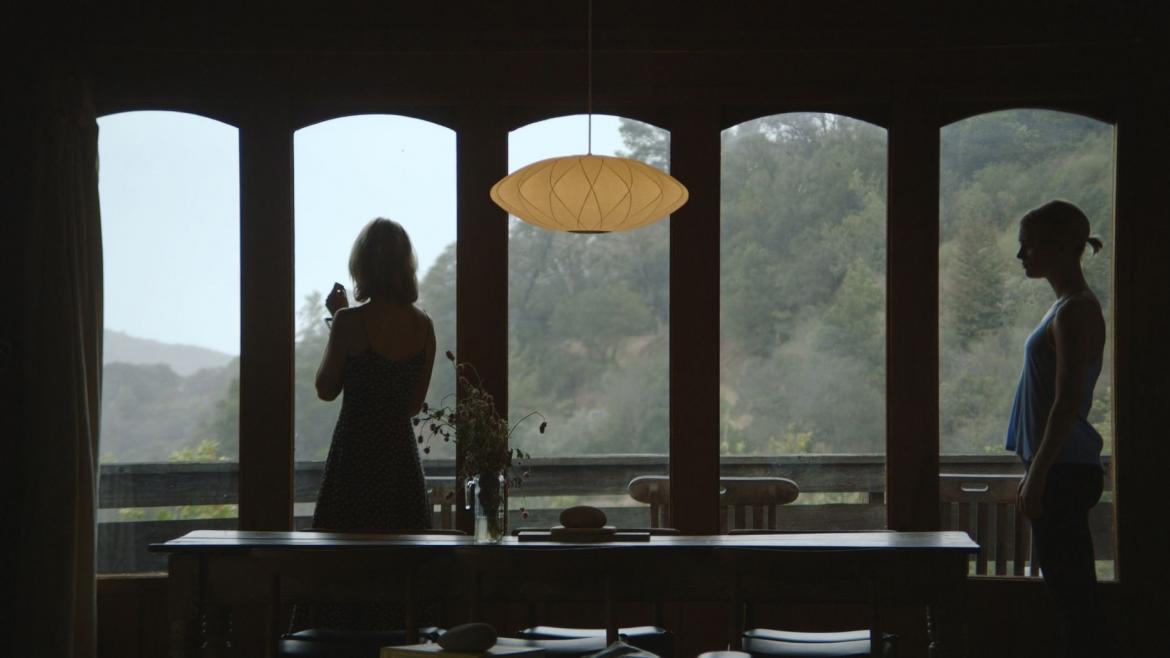 It is a damn shame that Sophia Takal's witty, female lead psychological thriller, Always Shine, seemed to fly stealthily under many genre lover's radars--myself included. Lawrence Michael Levine's script and Takal's trippy style harmoniously peels back the rotten layers of a deteriorating female friendship housed amongst the perilous and volatile Hollywood acting landscape. The picture the pair paints is not a pretty one, but it's impossible to look away from.

The film opens with a close-up of Beth (Caitlin FitzGerald), terrified and crying, she uncomfortably is telling an off-screen foe that she'll do whatever they want with a crescendo of sexually explicit favors before breaking character--clearly performing for a room of film executives. The male voices that come in hurling gender specific terms of endearment steeped heavily in condescension. The tone is instantly set and from there we meet Anna (Mackenzie Davis), the other half of Takal's two piece chess match.

Dual mesmerizing performances anchor the mounting chaos as Beth and Anna embark on a girl's weekend to Big Sur for some much needed reconciliation. However, as you might expect, things don't go as planned as years of competition and jealousy have taken their toll. Neither Takal or Levine mince words with how where this relationship is or where it is heading. Intensely paced dialogue and increasingly heated exchanges between the duo quickly become the bread and butter of this particular slice of cinema. Beth and Anna's personalities and approach to their craft are remarkably different--one timid and somewhat innocent, the other brash, fearless with her emotions on her sleeve. The inevitable clash of personality comes to a head and that is where the film really kicks in with the twisty mind games.

The film does lose a bit of steam heading into the final act, but never loses its hypnotic grip. This can be attributed to the masterful pace and sharp writing, even when Always Shine isn't at its best the mind wanders to past scenes where the intensity of the previous confrontations still linger. Before you know it, the credits are rolling and you're left in shock as to why there isn't more to consume of this immensely satisfying dish.

With the role of women in Hollywood lurking ominously over the entirety of the flick, the additional tensions are amplified and impossible not to become absorbed with. They psychological approach Takal and Levine take is immediately relatable even for those not entrenched in the Hollywood lifestyle of endless soul-crushing auditions and petty jealousy of your peers. Everyone has imagined shortcomings that manifest outward in frustrated outbursts and passive aggressive comments to those around us including loved ones and Always Shine explores a deep dark corner of that very phenomena.

Always Shine is a decidedly intimate exploration of a competitive female relationship thrust into a psychological fight to the death with perceived success as the knife one uses to stab the other in the back. Takal's film is right on track to being another timeless and timely thriller that'll rattle around in your head long after its over--unless of course you jump in and hit play to relive it all over again...in which case, no one would blame you.