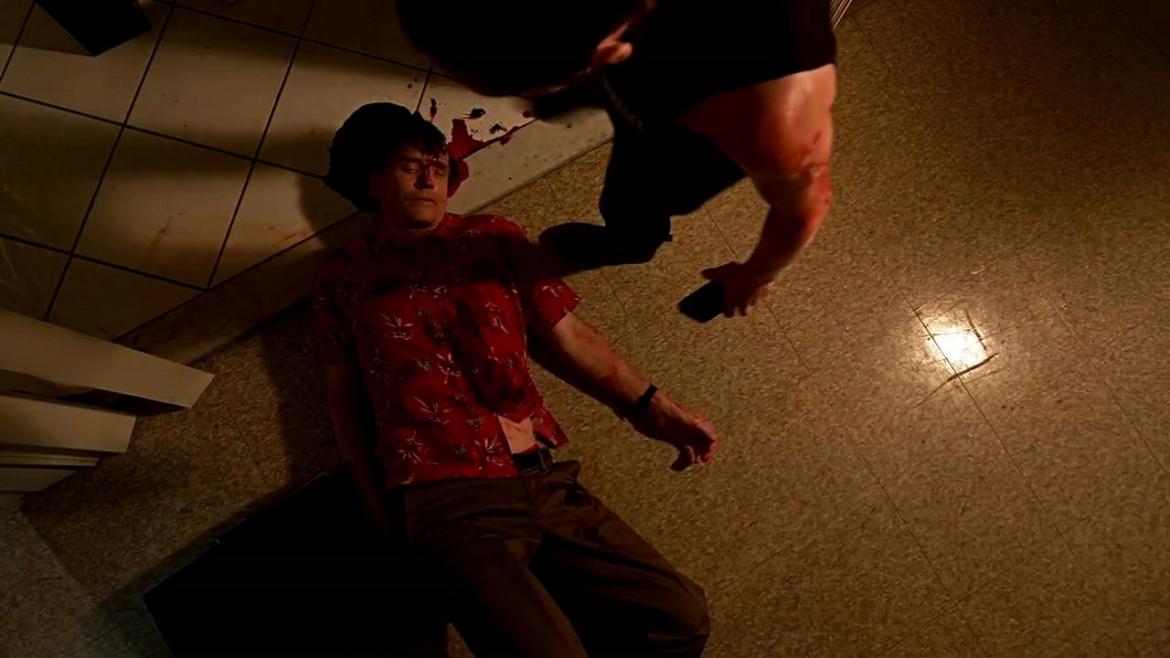 Movies about cold-hearted killers--particularly young ones--are all but required to give an answer to the ‘nature vs nurture’ question. Everything that is insightful and original, as well as hackneyed and unbelievable, about Almost Mercy can be traced back to how it answers this question for its central pair, the violent misfits Jackson and Emily.

The duo have been friends since childhood, when they bonded over a dying bird Emily discovered in their schoolyard and decided together to kill it, “out of mercy”. Their friendship intensifies as they reach adolescence in their miserable hometown of South Greenwich, Rhode Island, amongst their equally miserable families. A terrible accident transforms Jackson’s father into an abusive addict, Jackson and Emily both survive rape, and Emily’s mother teeters on the edge of self-destruction, in many forms, throughout years of depression and abandonment.

But the careful cold war Jackson and Emily maintain with South Greenwich evaporates when Jackson is repeatedly pushed to the brink of violence and succumbs to his worst instincts. He delivers revenge to his bullies, and then some, with a gruesome locker room counter-attack, and after returning from a stint in the psych ward he begins plotting an ambitious assault on their high school.

The portrait of their friendship is one of the film’s biggest strengths, and it’s especially incisive for the teen-killer genre. When Emily berates Jackson for the narcissism she detects beneath his violent obsessions, mocking him for his hope that anywhere else in America is better, the mix of pessimism, shrewdness and blindness in her monologue is authentic. But the movie’s surprising insights collide with troublesome generalizations all the way to its end. South Greenwich is a cartoonishly wicked town, and the central revelation about the place--that every menacing authority figure, from the high school principal to members of the police force, are involved in a ring of rape and pedophilia--is childish. It leads to a cathartic murder spree, but it also hypocritically turns its complicated anti-heroes into the knights errant of a fairy tale.

In the movie’s most revealing series of shots, the camera hops from bedside to bedside, a collection of nightstands all over town, covered in identical piles of pill-bottles: Emily’s mother, Jackson’s father, and Jackson, presumably, but they’re so anonymous they could belong to anyone. All at once director Tom DeNucci is showing a pandemic of agony without following a logical path that would ruin the fun of our self-righteousness. Emily’s mother is driven to suicide attempts, Emily’s father is closeted, and Jackson’s father so consumed with outraged victimhood that he erupts violently at anyone in his path (Gee, that sounds familiar!) But only Emily and Jackson are heroes, only their violence is justified, only their pain is real.

But as the beating heart in the middle of an ultimately preposterous set-up, they’re convincing. DeNucci has important things to say about the lengths friends will go to escape or destroy their demons, and he has capable actors on hand to give the characters extra depth when they need it. Almost Mercy is flatter than it ought to be, but it also deserves the small cult following I expect it will get. This is Ghost World for We Need To Talk About Kevin fans, or vice versa.