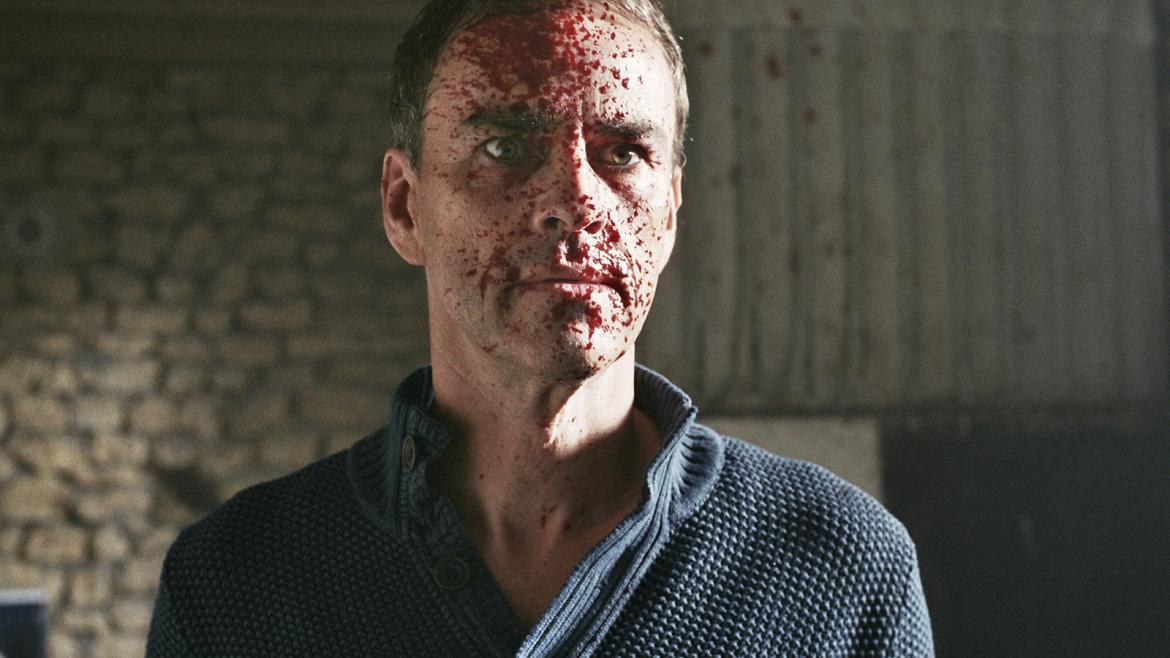 Alleluia; a 2014 release by Belgium filmmaker Fabrice Du Welz is a loose and stylish remake of the 1970’s film The Honeymoon Killers. Unlike that film, this one cuts out the camp and dons a cape of gritty surrealism and boasts a couple of really strong performances from its leads.

This is a film about love. A film that wants to show us the twisted delusions we spin for ourselves to keep and maintain it. The films picks up with Gloria (Lola Duenas) being pushed by her friend to use whatever the French version of match.com is to pick out a man named Michel (Laurent Lucas) for her to meet up. They discuss how handsome he is, and then accepts an invitation from the mystery man. They meet up for some dinner and what must have been some superb cunnilingus (this is actually a plot point) because Gloria is smitten immediately as she discovers he is a con man and follows him through a series of deception, murder, mayhem and a Sondheimesque musical interlude complete with dismemberment.

This is the major flaw in this film. It’s set up as a character piece, a gritty portrayal of the people we’d be willing to kill for, but we are given no indication as to why Gloria would go through with this after just one night of passion, forgoing her daughter who they make sure we know she thinks of lovingly. Sure we are given plenty of signs that Gloria is unhinged, jealous, and desperate and Lola Duenas crafts a stellar performance, and we as an audience can surmise that she’s probably got mental issues, yet this film does nothing to draw us into her world and give us concrete reasons for her motivations. Instead we are treated to a four part story with four different women (Gloria being the first) and their ensuing seduction.  The director wants us to see ourselves in these characters and sympathize with them while being terrified. This is an admirable aspiration, especially with the way our characters are shot, ashen, damaged, monstrosities, their flaws proudly displayed on screen. Unfortunately it falls short of drawing the viewer into its world.

Many will find the ambiguous ending off-putting, but that’s not really the problem. The problem is, Alleluia is a well shot and acted but impossible to invest in portrayal of love gone wrong.