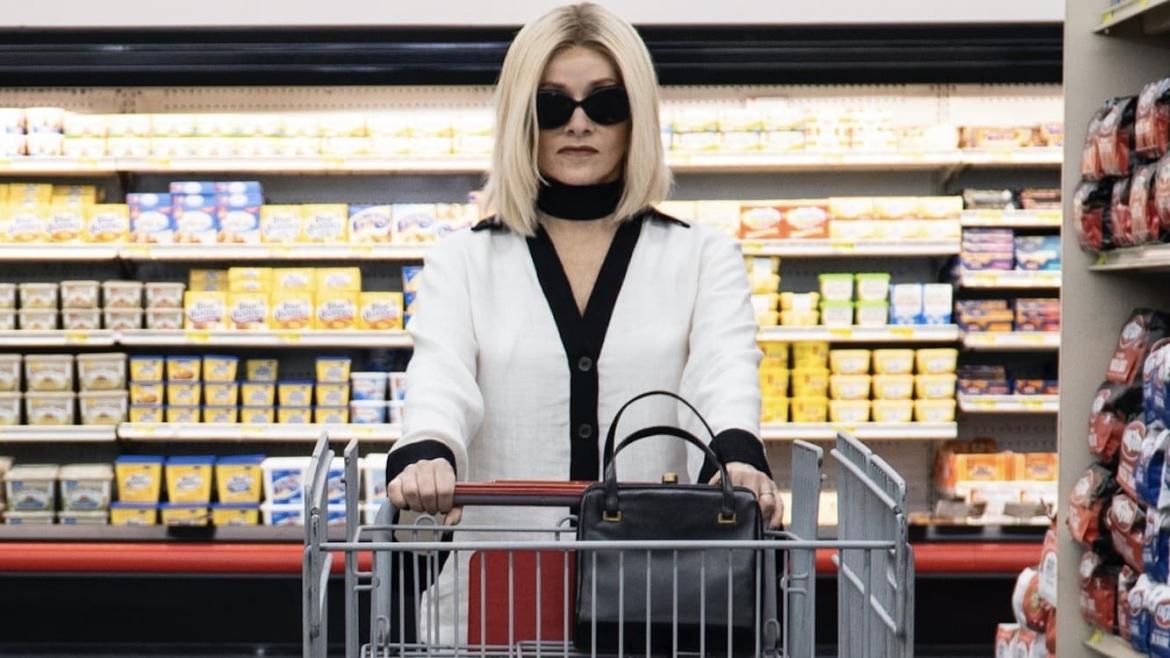 Barbara Crampton elevates movies. Scan through her filmography and you’ll find numerous examples of mediocre horror movies that are made better by every second she’s on screen. Jakob’s Wife benefits enormously from her presence because it’s not just a movie featuring Barbara Crampton, it’s a full-on Barbara Crampton vehicle. Without her, this movie would be just another generic low budget vampire movie, recycling tropes that are creakier than a moldy old coffin. With her, the movie doesn’t quite become good, but it does become good enough to recommend to people who would already be excited by the prospect of a vampire movie starring Barbara Crampton.

Crampton stars as Anne, the titular wife, with Jakob being a mild-mannered pastor played against type by a nearly unrecognizably cleaned-up and combed Larry Fessendon. Anne was a free spirit with big dreams in her younger days, but now she lives a life of routine subservience--getting up early day after day to tend to her garden and cook her husband breakfast, existing not as her own person but as the preacher’s wife. That all changes when she crosses paths with a vampire who awakens in her not just a taste for blood, but also a willingness to be bolder, dress cuter and dance around the house to Concrete Blonde covers.

Around the time of Anne’s transformation, the film undergoes a transformation of its own. The whole first act is low key and understated and seems like the set up for a grounded slow burn domestic horror. Once it becomes clear that this is actually a film about vampires, it turns on a dime and introduces extreme gore and supernatural elements with a speed that could induce whiplash. By the conclusion, (around the time when wrestler CM Punk shows up as a bumbling trainee cop) the film is playing in an area of pure camp that is so far away from the somber first act that it doesn’t even feel like the same movie. The complete lack of tone control is so jarring that it’s hard to say how much of the humor was even intentional.

A lot of the campiness comes from the effects and make up. Some are good--there are some satisfyingly gnarly blood fountains and dismemberments. Others are not so good--there are a few appearances of CGI rats that look like placeholder effects and the lead vampire looks like somebody whipped together a Nosferatu costume with supplies from the Halloween aisle of Walgreens. Adding to the season one Buffy-ness of it all, the vampires all speak with hilariously bad voice modulation that make them both very hard to understand and even harder to take seriously.

The parts of Jakob’s Wife never quite make a whole and all too often don’t even seem to belong to the same movie, but there are a few fun moments and of course the secret weapon that is Barbara Crampton. It’s very cool to have a horror movie built around a woman in her 60s playing a role where she gets to be lively and sexy. Hopefully more horror filmmakers will realize that while a Barbara Crampton cameo might make your film a little better, putting her front and center will raise it up to a whole new level.

Screened as a part of the 2021 SXSW Online Film Festival