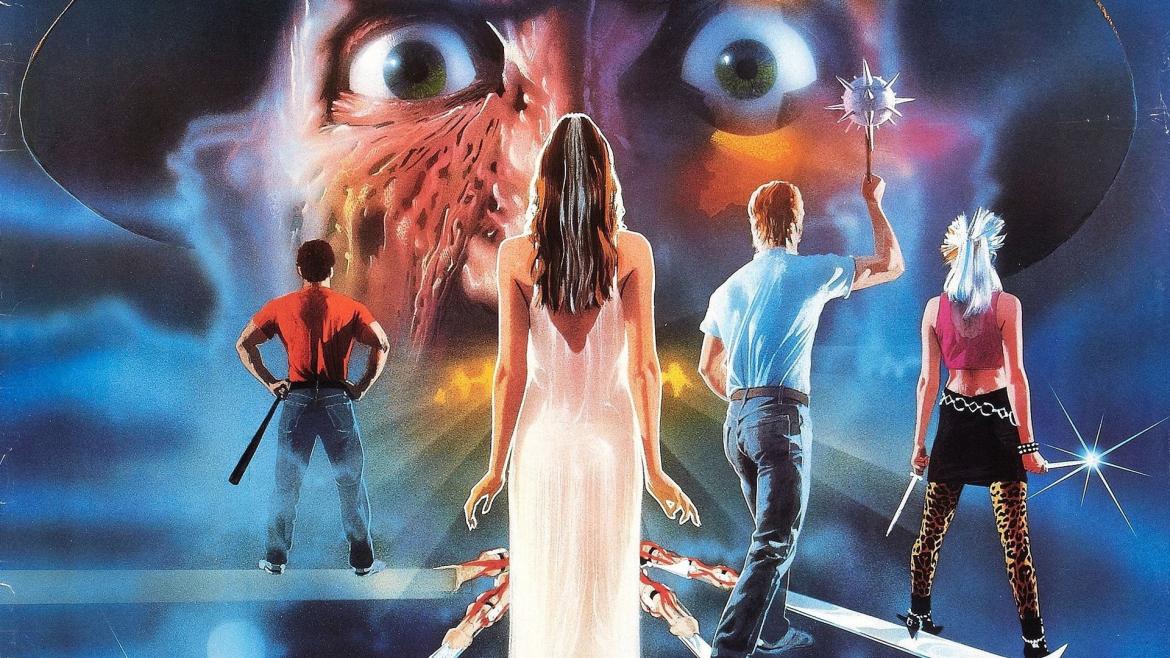 This is the third installment of our head-to-head review between the Nightmare on Elm Street and Friday the 13th franchises. Check out what Evan had to say about the corresponding Jason pic here!

After a brief and not entirely successful foray into the corporeal realm in A Nightmare on Elm Street 2, Freddy has retreated back to his familiar turf. But this time, his victims are fighting back. Kincaid’s line, “Let’s go kick this motherfucker’s ass all over dreamland,” may as well be the tagline for this movie.

After barely surviving an attack from Freddy, Kristen Parker (Patricia Arquette) becomes the newest patient in a local treatment facility for teens who are suffering from what appears to be different forms of psychosis. On the same day that Kristen is brought to the hospital, a new intern arrives - and it’s a familiar face. In the years following her trials with Freddy, Nancy (Heather Langenkamp) has been studying dreams in hopes of understanding and facing what she went through. And Nancy has found the perfect time and place to test her new knowledge. Kristen isn’t the only one fighting an all too real monster in her dreams; the group of teens in the facility are the last of the Elm Street children. When Kristen, fighting Freddy for her life, pulls Nancy into her dream, the teens all start training together, with the help of Dr. Neil Gordon, to take their tormentor down.

The appropriately named, Dream Warriors, also features an interesting (if somewhat perplexing) subplot involving a nun dressed in white who continually appears to Neil, delivering cryptic and ominous pronouncements. When Neil is hesitant to believe what his patients are telling him, she flags him down to warn him of the dangers of trusting science and reason above all else, particularly in matters such as these. It is also she who gives us Freddy’s origin story - in an abandoned wing of the very same hospital. The wing used to function as a psychiatric ward for the criminally insane: truly deplorable patients. The incident that forced it to close its doors for good included a young woman who became trapped in the ward, held captive by the prisoners for days and repeatedly raped. When she was finally found, she was pregnant with “the bastard of a thousand maniacs.” That child, born of evil and pain, was Freddy. In the end, this storyline ends up feeling a bit extraneous. The tone of the interactions between Neil and the nun seems a bit out of character for the movie as a whole, not to mention that Freddy’s origin story is not something that fans were clamoring for in the first place. That being said, it certainly speaks to a movement in the seventies and eighties to grapple with a growing reliance on science and what was perceived as a ever expanding gap between science and religion.

Strange nun scenes aside, A Nightmare on Elm Street 3 is much more sure of itself than the last film, and comes much closer to painting a portrait of Freddy as most fans know him. Unlike the sometimes skittish baddy from part two or one that was silly more than scary in the first movie, Freddy 3.0 is both menacing and snarky in the perfect amounts. Likewise, an expanded visual effects budgets has allowed the dreamworld kills to become much more visually striking and unsettling as Freddy caters each kill uniquely to his victims. The dream warriors may be more prepared for him than the majority of their predecessors, but that doesn’t mean they’re going to have it easy.

Most Creative Kill: It's tough to pick just one since this film really ups the ante of all of its kills, but this one has to go to the first death in the movie. Phillip is one of the first kids introduced to us during an intial tour of the ward, and he likes to make puppets. One night, as Phillip sleeps, one of his creations morphs into Freddy and comes alive. Phillip "wakes" (only in his dream) to see Freddy at the end of his bed before his legs and arms are slashed open and his veins are pulled out. Then, being manipulated like a marionet, he is forced to walk through the wards and jump out a window. The visuals are striking and deeply creepy. Coming soon to a nightmare near you!

Movies Like A Nightmare on Elm Street 3: Dream Warriors