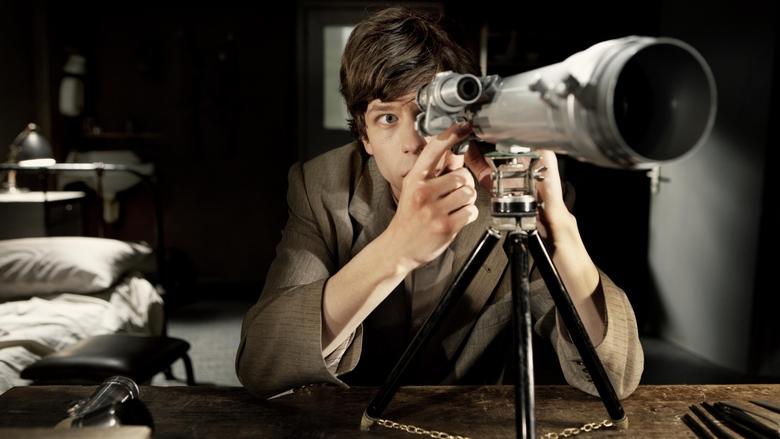 The Double is a doppelganger movie based on a short story by Russian author Fyodor Dostoyevsky, directed by Richard Ayoade, most notable for his acting roles on the British TV show The IT Crowd and the film The Watch.  The film follows the depressing life of a young office drone named Simon, who is played by the understated Jesse Eisenberg.  Absolutely no one, including his boss and co-workers, even know he exists, which is the basis of nearly all the humor in the film.

After being introduced to Simon, and his miserable life of never being noticed, another person who is Simon’s exact double shows up and everybody notices him.  In fact his double ends up leading the life Simon wants to have and the only real difference between the two is that Simon’s doppelganger is an asshole and Simon isn’t.

There are some interesting things going on in The Double and the most obvious are the ideas being explored about “existence” and how to be an individual in society full of identical drones.  Also you are introduced to the possibility that another double of Simon’s may have already committed suicide, and as Simon is driven toward suicide, we’re presented with the idea that the whole world is made up of worker drones who are all constantly killing themselves because no one notices them.

Ultimately this movie is about as middle of the road as you can get.  Unfortunately it doesn’t end up being nearly as interesting as some of the influences it seems to draw from like Being John Malcovich, Brazil, and even at times, the works director Wes Anderson.  The only thing that really stands out about the movie is the performance of character actor Wallace Shawn who plays Simon’s boss “Mr. Papadopoulos,” a character who is unjustly relegated to just a handful of very short scenes.  Conversely, Eisenberg doesn't give a strong enough performance to carry the entire film by himself.

Perhaps the most ironic thing about this dark comedy is that it ends up being a lot like the main character of the film, in that it is neither impressive enough  to be noticed, nor flawed enough to really complain about.