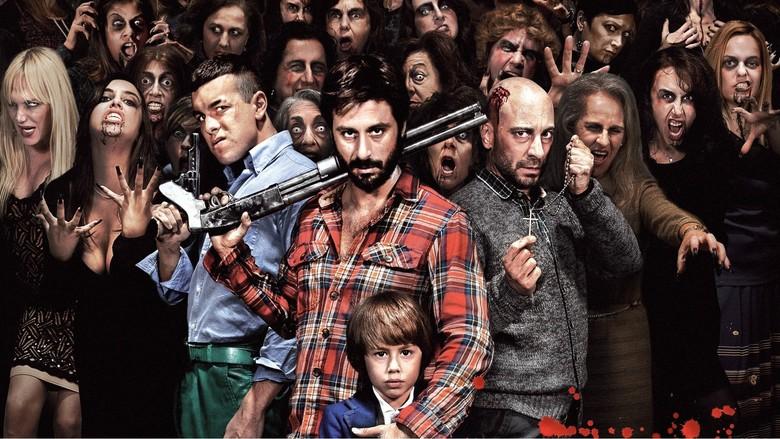 “Witching and Bitching” is Spanish director Alex de la Iglesia’s first horror film since 2010’s grossly underappreciated “The Last Circus,” and as a fan of eccentric cult films, I’ve been kind of baffled by the fact that Iglesia hasn't already completely captured the hearts of horror fans by now.  In my mind at least, a new horror film from Iglesia should be a big deal.  Although considering that “The Day of the Beast,” which some fans consider his best film, hasn’t had a decent English language release since VHS, and in all honesty “The Last Circus” is probably far too avante-garde to find any footing among anyone but hardcore cinephiles, it probably shouldn’t be much of a shock that the release of “Witching and Bitching” hasn’t received more attention.

However, I think this may be the film that has a broad enough of an appeal to finally earn Iglesia the respect he deserves among the English-speaking horror community.  The story is about a group of thieves who rob a pawn shop and make their escape to a tiny Spanish town that happens to be overrun with witches.  The witches capture the thieves and intend to use one of them in a ritual that will help them dominate the men of the world.

The story is basically a “battle of the sexes” which is mostly told from the male perspective, but ultimately isn’t very flattering to either side.  Iglesia seems to explore ideas that center around men and women needing each other, despite generally being incompatible.   While I found the movie incredibly funny, the depictions of how women in particular, are difficult in relationships aren’t especially tactful.  And while I don’t think the movie was dishonest or malicious in any way, it did leave me wondering if female viewers would feel that the movie is fair to both sides.

I could be wrong (again) but I do see “Witching and Bitching” being a break out movie for Iglesia in the States.  Despite the slightly uncomfortable take on relationships, I think the humor is strong enough that the film will appeal to fans of other foreign horror-comedies like “Shaun of the Dead,” and “Troll Hunter.”  Also I believe this is another great example of foreign horror movies being allowed to be much more creative than American genre films; many of which have felt very “paint-by-numbers” in recent years.