In the muddled quagmire of up-and-coming bands that is crowded with acts like Black Veil Brides and Motionless in White, there stands Lazarus A.D, an increasingly rare embodiment of the original tenets of American metal. Bred with speed and groove and forged in the heart of thrash's nuclear furnace, Lazarus A.D, represents the kind of ferocious fidelity to metal's principles that empirically seems to be from a bygone era.

While listening to music, a fan will generally create a mental image of what he or she imagines that the live performance of his or her favorite band must look like. This vision often comes complete with idiosyncrasies, interactions and reactions. To listen to either of Lazarus A.D’s albums and then see them live is to see that mental conjuration in corporeal form. Right down to the fist-pumping, horn-throwing and tandem synced headbanging, the band encapsulated all the adrenaline and effort that spills out of their recorded work.

The night was riddled with hits from both "The Onslaught" and "Black Rivers Flow." Beginning with firestarter "Last Breath," the band came to the front of the stage and unleashed a furious, groove-laden, thrash onslaught (pardon the pun.) From there, the four-piece hammered their way through “Light a City (Up in Smoke,)” “Revolution” and a punishing “Absolute Power.” Each selection was executed with virile energy and the pinnacle of heavy-metal zeal. 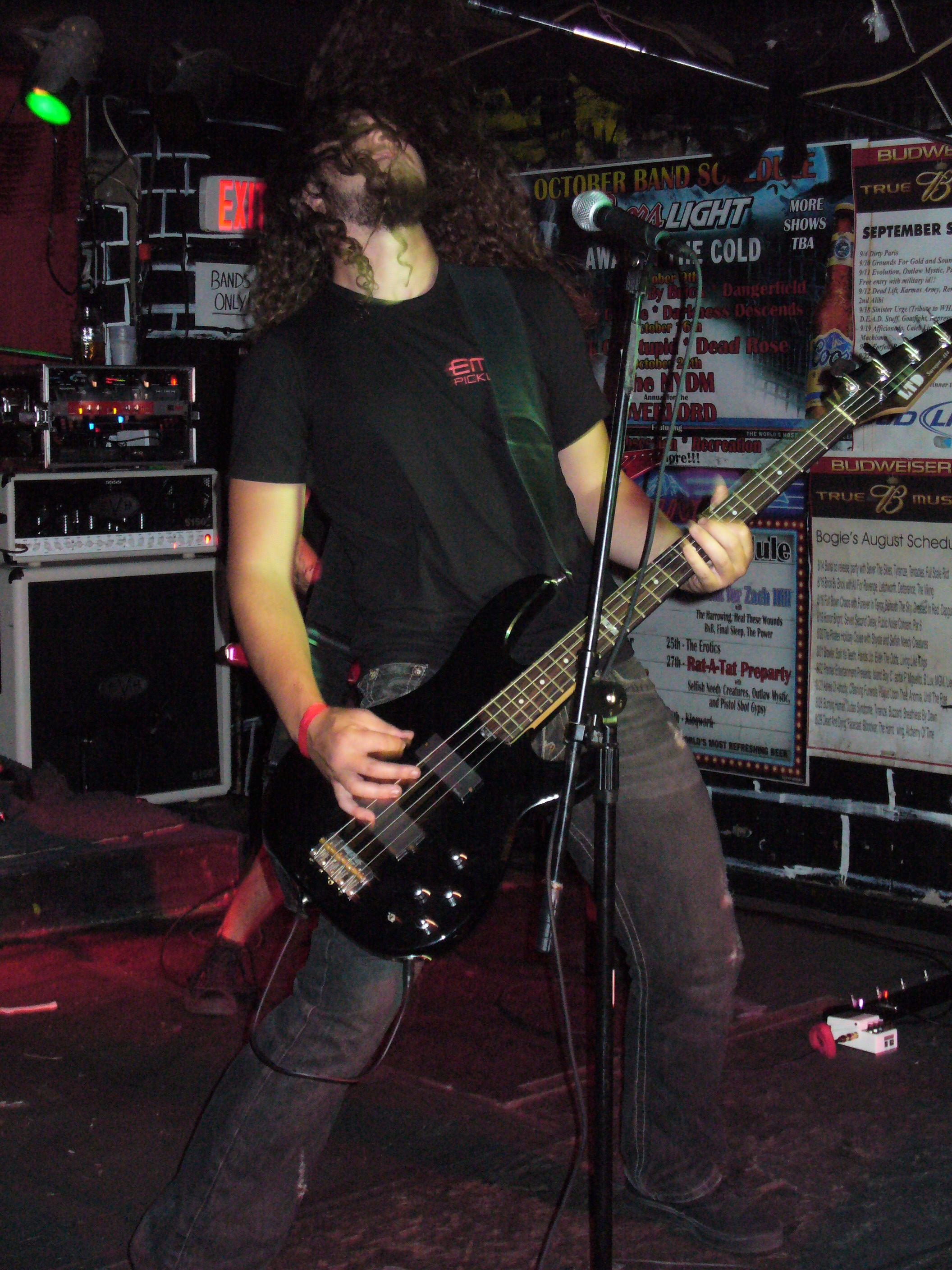 Part of the bonus of headlining your own tour is being able to pad out your setlist. This meant that Lazarus A.D. got to attack the crowd with a handful of songs that they wanted to play, leading to their best piece of the night, "Eternal Vengeance." Dan Gapen's virtuoso solo from that track was brought to life in brilliant detail, complete with live flair and practiced precision.

As a live guitarist, Gapen is symbiotically connected to his instrument. You can see him working each note of his solo by loosely speaking it to himself, while his hands shred in a near blur.

While we're on the subject of the band's live presence, the entire set is a throwback to when head-banging was kind. Seeing the band's front three of Gapen, vocalist/bassist Jeff Paulick and rhythm man Alex Lackner get in tandem for each and every heavy-handed, riff-rocked breakdown inspires the crowd to impart a similar energy. Simply put, Lazarus A.D. is living their music, giving their all to the effort.

Behind them all, at the back of the stage, is Ryan Shutler, an irresistible force of rhythmic, on-time percussion. Not only does he provide the backbone for everything that the band provides for fans, but finds time to windmill headbang while he's doing it. Impressive, to say the least.

Occasionally, I have been guilty of getting carried away with fanciful language. For a change, let us speak plainly.

You (all of you) owe it to yourself to catch up with Lazarus A.D. If you have a single metal bone in your body, or if you ever have had one, this is the band that needs to be on top of your playlist. Currently, it is my view that the vanguard of American metal consists of three bands. Along with Warbringer and The Sword, Lazarus A.D. is redefining American metal. Get on board now. Do it.