shaun of the dead

There's a brand spanking new trailer for "Final Destination 5" out and hey did you know Tony Todd's in this one? So that's something, right? And it's in 3D. Tony Todd in 3D. Man this one is going to be awesome. And I didn't think I'd have anything to say about the new trailer. Thank god and baby Jesus for Tony Todd.

"Jeepers Creepers" mastermind and official NAMBLA member Victor Salva recently let out that if and when "Jeepers Creepers 3" happens it'll be the last installment in the series. Please Victor, say it aint so. He did come out and say that 3D probably wouldn't be an option for the film that's had a script for some time now and just can't seem to get off the ground. Let's keep our fingers crossed that things work out for the convicted sex offender.

If you're holding your breath for a "Zombieland" sequel you better have some pretty hefty lungs my friends. In a recent interview Jesse Eisenberg gave an update on the status of the follow up and it looks like other than some form of a script being worked on not too much else has happened. He does go on to say that all the actors are on board but the longer it takes the less interesting the film will be. Then he kicked a puppy and shot a bald eagle.

And because it's a slow day here's the trailer for a new Cuban zombie flick cleverly titled "Juan of the Dead". As you can expect it's a nod to Simon Pegg and Edgar Wright's "Shaun of the Dead". And by nod I mean there's a cigar smoking mental patient in the corner giving himself whiplash he's nodding so hard. Ay caramba. 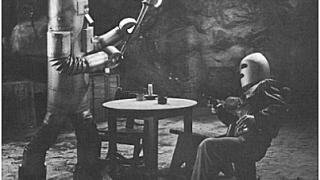