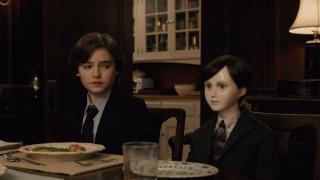 Interview: William Brent Bell on Directing The Boy and Brahms: The Boy II 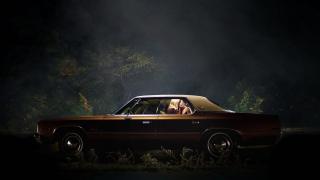 5 Questions With Disasterpeace, the Musical Mastermind Behind the "It Follows" Soundtrack

Defending The Crown: An Interview With Tobias Sammet

For nearly twenty years, Tobias Sammet has been the reigning mad genius of modern heavy metal. Between his main band Edguy, and the epic concept albums he's made with his Avantasia project, no one can match the quality and output he has mustered. From helping redefine modern power metal with “Theater Of Salvation”, to reigniting the concept album as a force in metal, to showing that hard rock and heavy metal can coexist within the same band, Tobi has done it all. Every decade has had important figures who have helped define what metal was in their day, and Tobi has been that for the past decade.

As Edguy unveils their new album, “Space Police – Defenders Of The Crown”, Tobi took the time to answer a few questions on the nature of being a songwriter, his band's past and future, and a mutual musical hero. 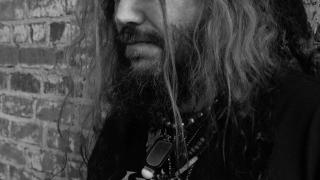 Music Ignites the Savages in Soulfly - A Conversation With Max Cavalera

Over the course of his career, Max Cavalera has become a name just shy of metal royalty. Beginning with Sepultura, Max has been producing fan-adored metal for over twenty years, and now it's become a family affair. As Soulfly releases "Savages" upon the world, Max is joined in the band by his son Zyon on drums. Filled with notable guest appearances and overflowing with power, "Savages" is just the latest added chapter in Max's storied career. The man himself, the one and only Max Calavera, sat down with me to talk about this new album, the head space he's in, having his son in the band and naturally, Brazilian soccer. 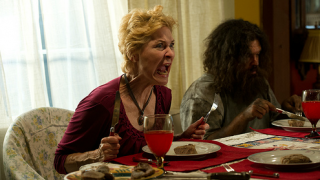 In the event you didn’t already know, Dee Wallace is a delight. Attaining popularity through performances in a number of now classic horror films, The Hills Have Eyes and The Howling just for starters, Dee has become one of the totemic genre stars. Her personae is tender, dynamic, and entirely specific to her personality; complete with a comedic sense of self-deprecation and a natural confidence that permeates her roles and extending toward her work as acting coach. Dee was generous enough to give us some time to discuss her career, her latest role in the Asylum mock-buster Hansel and Gretel, and what she hopes to see herself doing in the future. 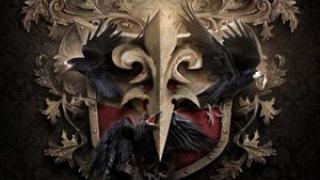 Few voices in the history of rock and metal have been both legendarily lauded and applauded. Geoff Tate is one the these. As the frontman for Queensryche, Tate sold millions of records, and earned millions of fans with his piercing vocals. With a unique tone and an almost limitless range, Tate helped define what a metal singer could be. Now, with that band's status in turmoil, Tate readies the release of his second solo album, “Kings & Thieves”. The record is a modern take on the rock music that made him a star, as well as another left turn for an artist always willing to surprise. Geoff recently took the time to answer some of our questions. 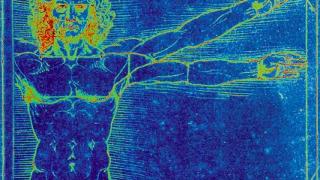 Deeper Than The Average Band: Talking To Monsterworks

Monsterworks is the kind of band you want to root for, a group of underdogs bursting with creativity. Their music blends countless sounds and influences into music that is utterly unique. No one else sounds like Monsterworks, which is a statement fewer bands can make with each passing year. Their latest work, the EP "Man: Instincts", contains three masterful tracks culled from their upcoming "Album Of Man". Singer/Guitarist Jon took time recently to talk about the band, their music, and how it all comes together.

Korpiklaani has been leading the growing charge of folk metal bands for a decade, establishing themselves as one of the most important bands blending diverse influences into the world of metal. Their new album, “Manala”, continues to see the band honing their sound, culminating in an album that may turn out to be their defining moment. Fresh off the release, frontman Jonne Järvelä took the time to answer a few questions. 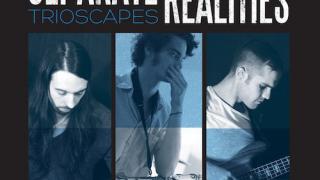 Dan Briggs is used to pushing the envelope. His main band, Between The Buried And Me, is full of twists and turns that throw convention to the wind. Naturally, his side project would not be an exercise in restraint. Trioscapes is as progressive as anything he has ever done, eschewing normal instrumentation and structure to put together an album that needs to be heard to be understood. He was kind enough to answer some questions on the nature of his music, how he approaches creativity, and what the future holds. 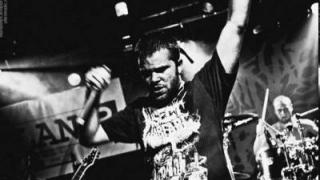 You got EDM in my heavy metal! You got heavy metal in my EDM! Such is the life and times of Cameron Argon, musician and producer at large known commonly by the names Big Chocolate and Disfiguring the Goddess. Combining the heretofore unblended elements of dubstep and death metal, Argon is one of the few who can walk in both worlds. With Disfiguring the Goddess' new release on the horizon, we sat down to talk about his music, his inspirations, the debate on drum triggering and more