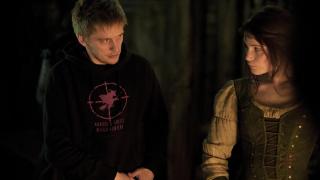 5 Questions With Dead Snow 2's Tommy Wirkola. Will There Be A Third Nazi Zombie Film?

Tommy Wirkola has brought an awful lot of mayhem to the big screen in his short career.  After his breakout hit "Dead Snow" he hit US shores with "Hansel & Gretel: Witch Hunters". Now, he's back with a more Westernized version of his first film with "Dead Snow 2", about to be released in the US.  Here's what he had to say recently when we sat down with him.

Horror By the Sub-Genres: Nazi Horror

By Chris Vander Kaay and Kathleen Fernandez-Vander Kaay on May 31st, 2013

Zombie fans, your long wait is over. "Dead Snow" has finally gotten a release date here in the states. Slated for February 23rd, the movie will come in both DVD and Blu-ray flavors.

In light of this weekend's release of 'Daybreakers", star Ethan Hawke sits down to talk about the film. Of note is a reassuring comment on his beliefs that it is important for Vampires to be rated R creatures.

Sean Bean has a new medieval plague epic in the works and Revolver studios has released a bunch of new stills from the film.

Are you starving for some Frank Henenlotter classic cheese and gore? Well then, you're in luck; his latest film "Bad Biology" is due on DVD January 26th. 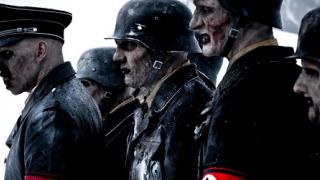 US Trailer For "Dead Snow"