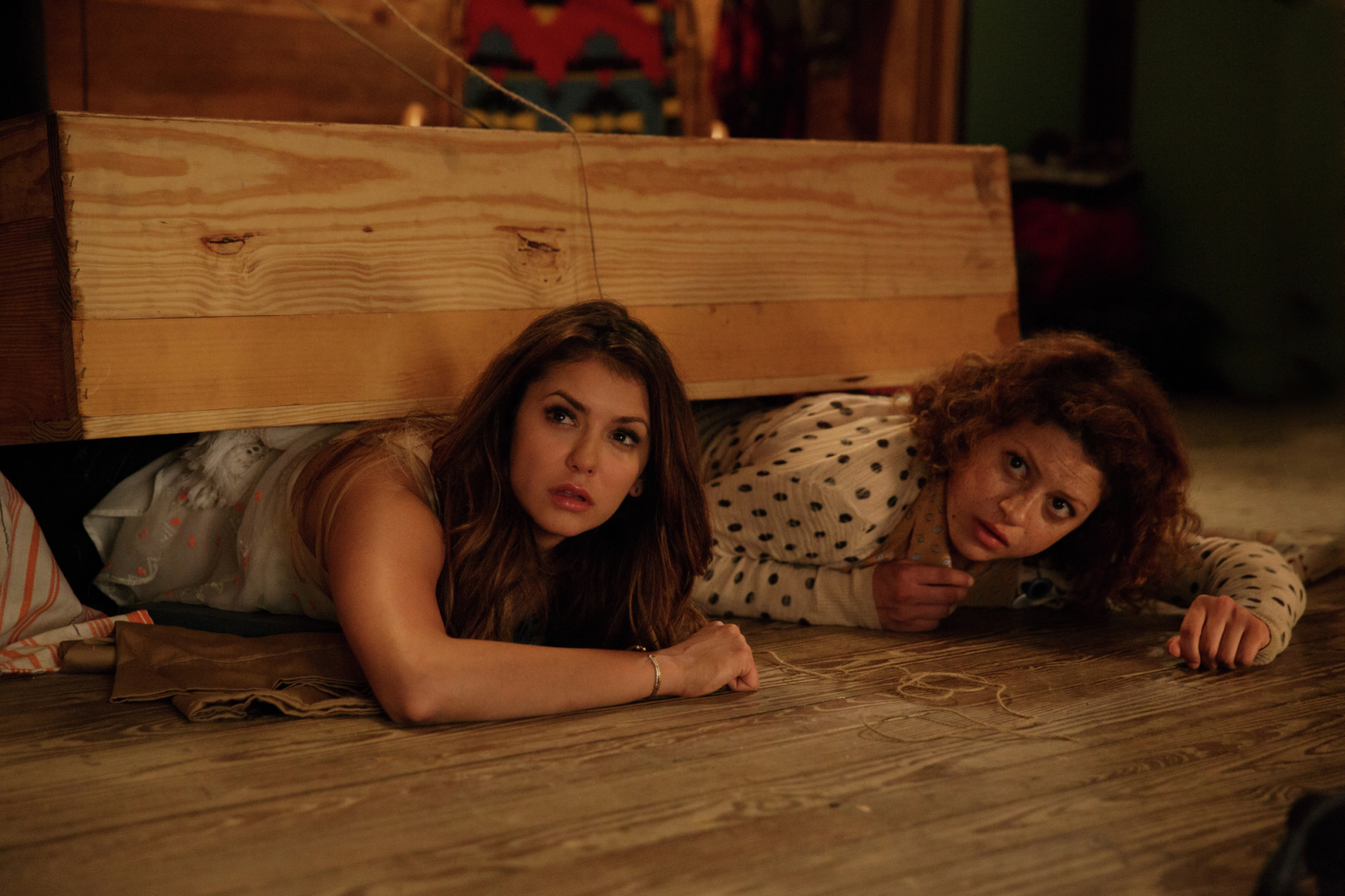 There are few things scarier in this world than haggered looking old and nude people following you around. Seriously though, It Follows is a methodically paced and haunting flick with an absolutely killer score.

I really hope Oscar Isaacs brings his sweet dance moves into the new Star Wars, but if not we’ve always got Ex Machina. This is one of 2015’s smartest genre flicks with a perfect script and brilliant performance from both Isaacs and Alicia Vikander.

No sense in lying, things got a little dusty in the room while watching The Final Girls- genuine emotion is uncommon in a flick such as this. I’m still convinced though that an R rating could have uncuffed everyone involved and made this even more special than it already is, but the PG-13 doesn’t hinder it to any significant degree.

Jason Blum continues taking over the world via producing small indie genre flicks. This time he sets Joel Edgerton loose on what should have been a forgettable generic thriller that turned out to be anything but.

Full disclosure this was one of my most anticipated 2015 releases due to buzz from Sundance. It’s placement a few spots down from the top tells the story of slight disappointment, but also that everything above it was probably just that good. Plus, a flaming scythe is just an amazing visual. Take note, filmmakers.

Between this and Bloodsucking Bastards vampire comedies enjoyed some success in 2015. What We Do in the Shadows gets the edge for being a little more unique than it’s Office Space-esque counterpart. Besides, the joke explaining the allure of virgins to vampires single handedly earned it’s place in this list.

Mark Duplass in my opinion is still not a household name in spite of the fact that he’s basically in everything. He could not have been more perfectly cast in Patrick Brice’s feature debut in which a grown man dons a werewolf mask while sensually rubbing his backside against a door while grunting. Tubby time may never be the same.

Redemption is a theme of the bottom two spots. M. Night Shyamalan in-particular was in need of some good will given the mounting pile of garbage his filmography has been collecting over the last decade. The Visit gives the filmmaker a chance to simultaneously do what he does best and branch out to do something unique and at times self-deprecating. If nothing else he exploits one of my greatest fears...incontinence.

10. Knock Knock Eli Roth had a heck of a year. The Green Inferno didn’t quite live up to everyone’s expectations, but for me it showed the filmmaker at least making strides in the right direction in terms of growth. Knock Knock is an even bigger leap forward for the Roth’s maturity as a filmmaker. He and his writing team as of late still have some work to do, but Knock Knock is a sexy and taboo thriller with a pair of stellar femme fatales. Plus, watching Keanu Reeves angrily compare oral sex from two beautiful women to free pizza is bizarre, hilarious, and worth the price of admission alone.

If you were someone who was duped into supporting this movie (and its forthcoming sequel) via its crowdfunding campaign, my heart aches for you. This movie is trash, plain and simple.

A common practice amongst studios is to take a script and force another property into its pages. Dark Continent is a war movie, not a sequel to Gareth Edwards indie success story. Not only that, it’s an extremely convoluted and melodramatic war movie that looks good, but makes zero sense as a sequel to Monsters.

Tough year for Oren Peli. After spending years collecting dust on a shelf his found-footage alien flick finally saw the light of day the same year that the franchise he started came to an extremely lackluster end. Adding insult to injury, Area 51 is really bad. Peli further proves that he may be the king of abysmal pacing, character development, and at delivering anything resembling satisfying payoff. With the exception of Muck, Area 51 has one of the worst endings of any movie released in 2015.