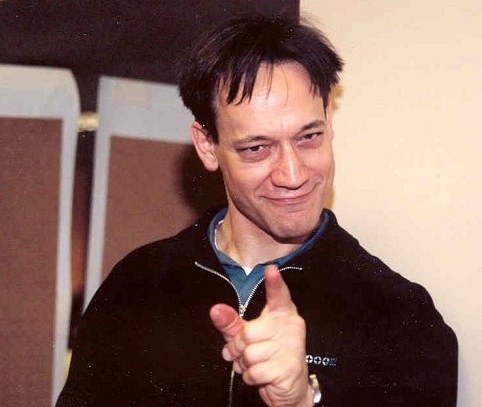 The Raimi name is synonymous of horror of course, but that is in large part because of Sam. He's a big name these days in director circles. There's another Raimi out there though that has plugged his face into many a background scene; that would be Sam's brother, Ted.

Perhaps an unsung hero, he's been in many horror films throughout the years including nearly all of Sam's directed films. But, he's made a few appearances of his own in many genre films throughout the years. From "Evil Dead" all the way to "Xena: Warrior Princess" to "Sea Quest: DSV", Ted's a hard working guy that loves working in genre film. Sure, he doesn't get many leading roles, but he makes the most of his cameo screen time and I can guarantee that he's shown up quite a few times to make you say, "Hey look, it's Ted!"

This cameo was quick and dirty. Few if any lines at all, but by god he takes a hammer to the skull like a pro! 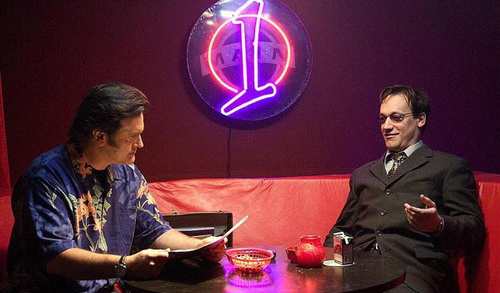 Sure, Ted's cameo here is a spit take on Ted's tendency towards cameos and his relationship with Bruce. He shows up as no less than three different characters, all letting him ham it up like he does best. 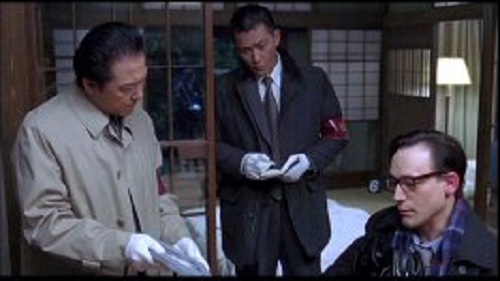 A quiet and subtle turn for Ted, he's quite easy to miss if you don't pay attention. Watch closely for him though as the subject of a grueling police interrogation. 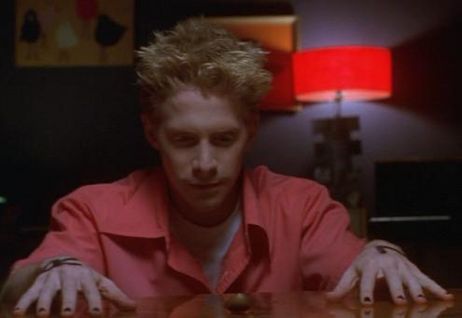 Again, a small glimpse of Ted in this film as a colleague of the one and only Jeffrey Coombs. Sadly, there are no screen captures available online, so you get Seth Green instead!

While not a big role, at least Ted got a little action for a change! 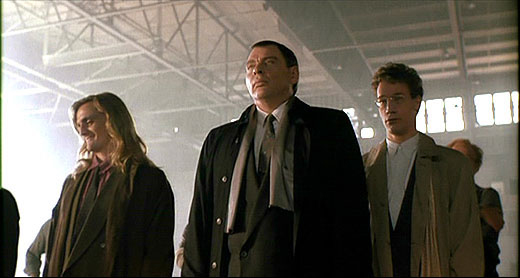 Sure, this is his brothers film, so this one is a 'gimmie'. Watch for Ted in the background as Durant's nerdy lackey. 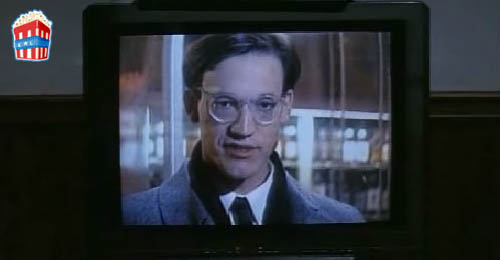 Maybe one of his briefest cameos of all, Ted shows up for a few seconds as an Ace TV reporter in a television shot. 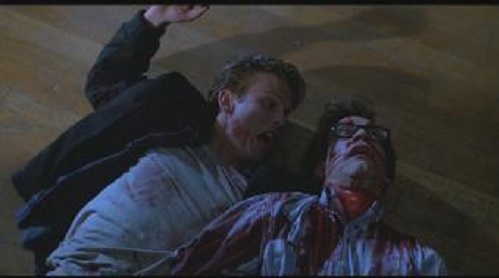 Ted's second run with Wes Craven, though he had quite the nerdy look, he manages to get killed off in style as 'Pac Man'.