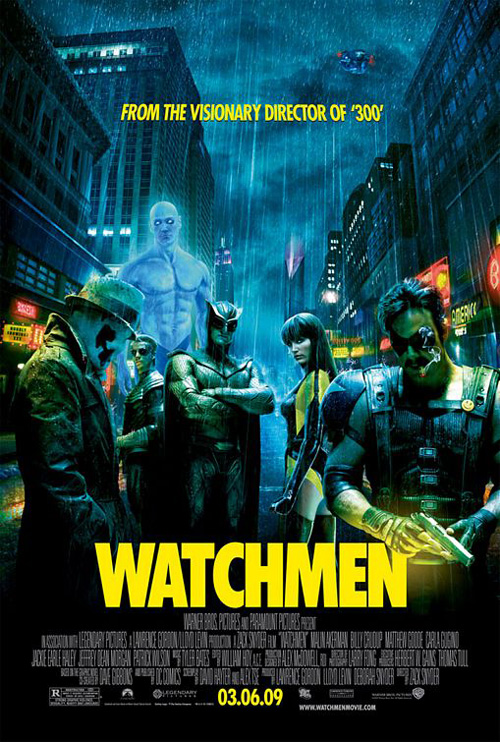 Who watches the Watchmen? I do!

In the event that you live in a cave, or under a rock, you know full well that this past weekend marked the release of Zack Snyder's "Watchmen". The internet is a buzz with post viewing talk and for myself, I feel the need to join them! You'll notice that I've opted to post this discussion as a blog post instead of a review, and there's a couple of reasons for that. First and foremost, the movie is not a horror flick. Focusing on a full review would be somewhat outside the lines. However, as genre fans I feel there's a good place for discussion. Secondly, as a fan of the book who's read it several times over, I feel that I cannot bring an unbiased review to the table. I'll fully admit to being a fanboy and any review I'd attempt with drip with that sentiment!

So instead, a brief look at what I liked about the film and why. (Note: I kept this as spoiler free as possible!)

Ultimately, what makes the "Watchmen" so captivating is the story. Scribe Alan Moore was one of the first comic writers to take a chance and throw the comic code to the curb. The books told an eye opening tale that proved that super heroes could be flawed human beings, complete with their own problems. Gone was the Boy Scout mystique that followed in the wake of characters such as Superman, and in was the sociopathic tendencies of Rorschach, the ego maniacal traits of Ozymandias, the insecurities of Silk Specter, on and on. With Zack Snyder's retelling, this gritty atmosphere was brought to life and exploited into a captivating tale, complete with the requisite back stories that made these individuals as broken as they were. At times, the movie hit photocopy heights as scenes were brought to life in exacting replica of the comic panels. It was these touches that made the movie a hit for one such as myself.

There were of course things omitted from books in the translation to the big screen. While some of these scenes I would have loved to have seen, such as the death of the original Night Owl or the full details of Rorschach's escape from Modoch's apartment, the cuts were understandable due to the nature of film. There is simply no way that every exacting detail could be brought to the silver screen; the movie would be hours long and ultimately too much. Even Snyder's changes to the ending of the story were understandable and acceptable. The original ending from the book would simply look gaudy and too over the top for a movie audience. It's akin to why they dressed Wolverine in black leather in the big screen adaptation as opposed to the bright yellow and blue jumpsuit he normal wore; it would just be plain silly. Snyder's take on the ending managed to fit very well into the story and for me, did not detract from the whole at all. In fact, I'd almost say I enjoyed it more. 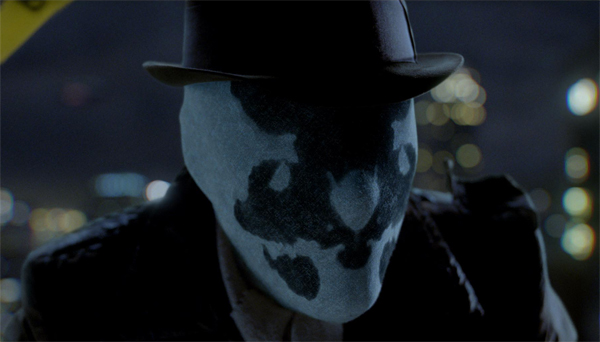 I'll just out and say it; Jackie Earle Haley is what made this movie for me. When reading the books, this highly iconic and key character painted itself in a specific light in my mind. Haley brought that picture to life. From his voice to his movements, there's no question that he managed to live Rorschach. His body movements and the way he carried himself were so uncanny to what I always imagined, it was easy to lose ones self when he was on screen. When Rorschach is arrested and unmasked, it was nearly breath taking on how close they managed to make him look to the original drawings as well. Rorschach lives folks, and it's thanks to Jackie Earle Haley. 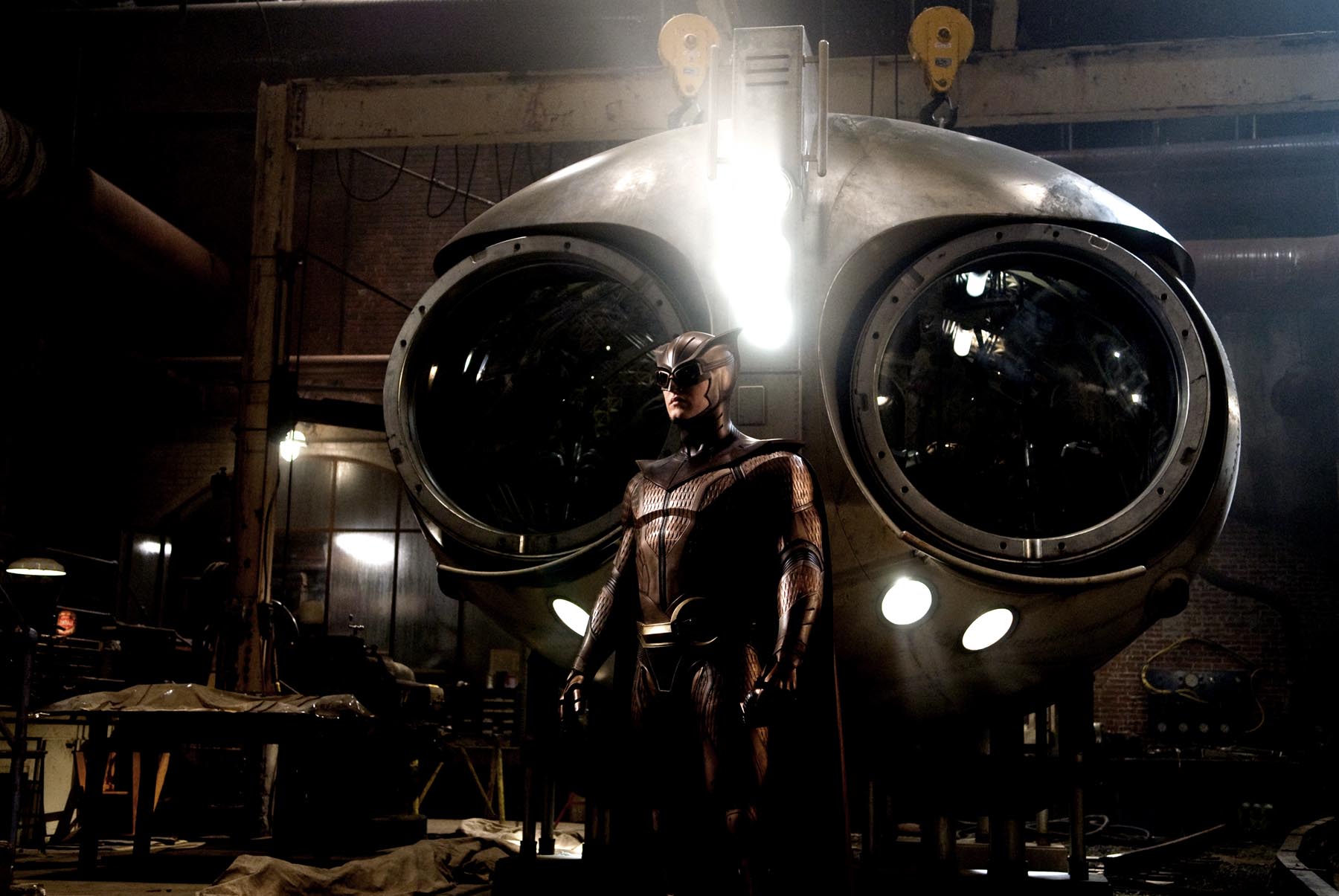 Patrick Wilson was the surprise of the movie. While the Night Owl character was never as iconic as Rorschach, he was still a key to the plot and universe. Having never really heard of Wilson before, he managed to slip into the role of the un-confident Dan Dreiberg seamlessly. Once again, there were certain mental pictures painted by Alan Moore's characters; Wilson managed to bring this picture to life before you realized it was happening. It's not an in your face performance, rather one that is a slow burner and natural. It took time before you happened to snap out of your trance and think, 'wow, that guy's really good'. 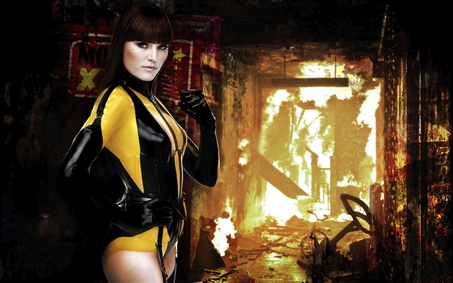 I've heard many detractors to Malin Ackerman's performance. For myself, she fit in fine. She failed to leave a lasting impression as did Haley and Wilson, yet she didn't do anything to detract from the movie. Many thought her delivery was pretty sub-par and I can understand that. From what I expected of the character however, I received what I wanted. Let's not forget either; she looked pretty damn good in latex! 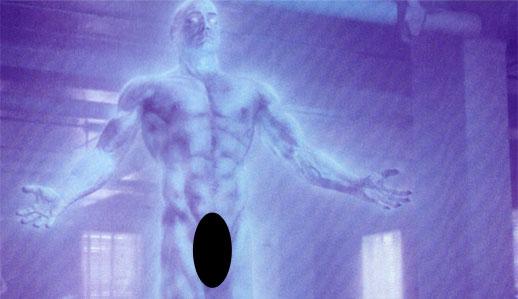 Echoing Mark from this week's podcast, I've now seen enough smurf penis to last me a lifetime. It was in the books however and Snyder brought it to life. I can accept that. While the character and his godlike powers were pretty amazing, it was never a character I connected with or held any real excitement towards. That said, Billy Crudup did a bang up job on bringing the naked blue man to life. I'm not questioning the importance of the role to the story, it was just never one that resounded with me. This wasn't changed after watching the movie. He flew around, made some kick ass exploded diagrams come to life, glowed blue and made a cool tree house on Mars. 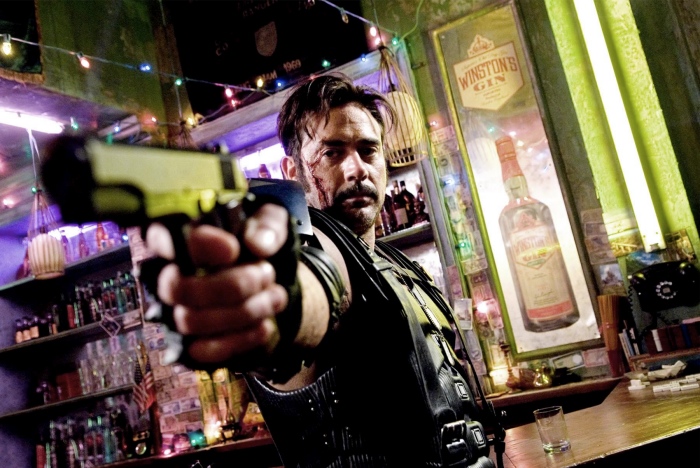 I've been a fan of Jeffrey Dean Morgan for awhile now, so I didn't have any adverse thoughts going in to him playing the Comedian. I knew what to expect and I thought he had the chops to pull it off. After sitting through the movie however, I was left feeling how impressed I was. He managed to bring the Comedian to life in all of his misogynistic glory. Yet another case of fitting into the role so natural, it was easy to for the lines of the the movie character and the comic character to blur together. 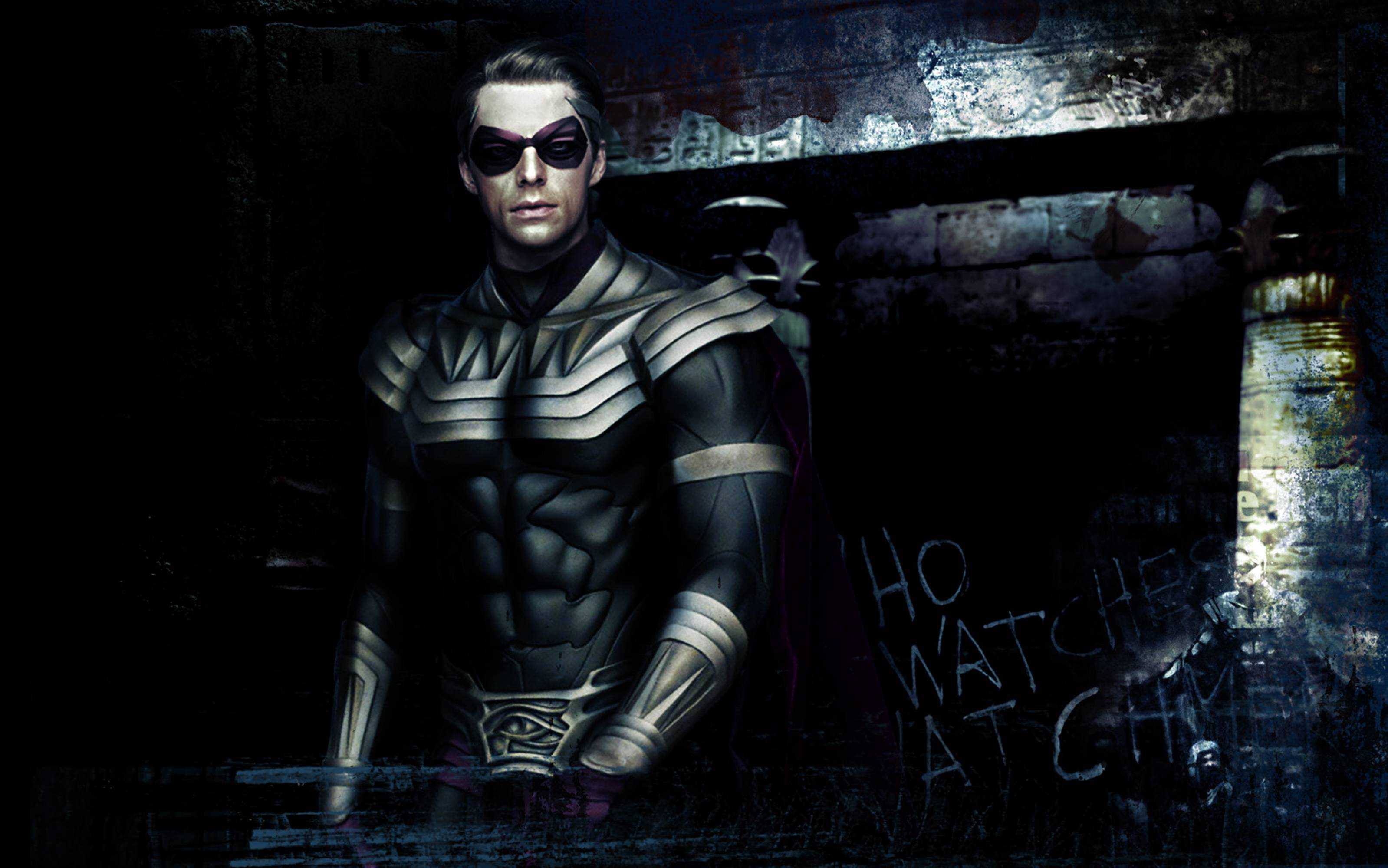 Adrian Veidt was another character that I never connected with, despite his importance. The character itself paled in comparison to the pained existences of Night Owl and Rorschach. However, Matthew Goode managed to step in and bring the character to life. Looks, posture, attitude and tone, he managed to fit the needs of the character rather well. For a character I never cared that much about, I managed to feel rather captivated when Goode was on screen.

I really only had one major issue with the movie and it really is a fairly minor gripe. The makeup work on both President Nixon and Sally Jupiter were pretty atrocious. Speaking mostly of the old age work, (Carla Gugino is a beauty of epic proportions and it showed whenever she was on screen for flashbacks) the makeup was off putting and jarring. It seemed that they spent all of their makeup budget and effort on the main characters needed for the "Watchmen" and threw the secondary players as an afterthought. I'd swear I saw Nixon's nose shake whenever he turned his head!

So, there you have it. My basic thoughts on Zack Snyder's "Watchmen". A faithful recreation of a must read comic that managed to break boundaries in its time. Never in the two hour and forty five minute play time did I check the time; I was captivated all the way through. I won't convert completely into 'Comic Book Guy' mode and say it was flawless; the flaws were there but I could overlook them with ease. I can honestly say too that I can understand where people coming into this completely unfamiliar with the story would find it off putting. It's a very deep and convoluted story and frankly, two hours and forty five minutes is a long time to devote.

In invite everyone to chime in below on their own thoughts of the movie as I feel it's rife with room for discussion! Let us know what you liked and didn't like! The only caveat; don't waste your time calling me a fanboy! I'll fully admit it!