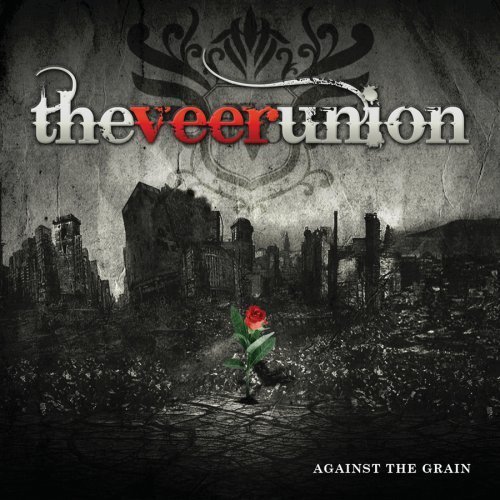 The Veer Union - "Against the Grain" Review

Hey there ladies and gents. You might remember a couple weeks back, I spoke about a young up and coming back called "The Veer Union," and how their live show was full of energy and potential. Well, their album has been released, and I was curious to see if they could capture that kind of energy in recorded form.

The answer is both yes and no. "Against the Grain" does contain glimmering pieces of the potential that the band showcased during their on-stage performance. The sin here is that the consistency is lacking.

In it's bright spots, the album sounds like a better-produced and more streamlined Orange 9mm (there's a name you haven't heard in a while.) "Darker Side of Me" is a legit quality song, and it's been a long time since I said that about something with mainstream appeal. "Where I Want to Be," and "Seasons," are in the same mold, and give a hint of what this band could be with more experience. (Sidebar; as I mentioned, "Seasons" was used for WWE's "Backlash" this year. Which means two bands with 'Union' in their name have had songs showcased by the WWE, Union Underground being the other. I think I'm going to start a band named Uniony McUnion and see if I can't sign a lucrative deal.)

The part here that makes me worry is that the ballads that the band tried so hard to avoid in their live performance are dotted throughout the album. The production values, while clear and crisp, thin the band's sound out more than I would have preferred, to the album's detriment. I found myself wishing, as I often do, that I could have bottled and stored the band's energetic live sound, to be heard here instead of a slick post-production.

So, The Veer Union is faced with a choice at this juncture of their young, and still potentially promising, career. They have the potential and talent to be the heir apparent to Nickelback and make mainstream flavorless digestible rock, or to the Foo Fighters, where they could stand slightly against the grain and still make quality music. I sincerely hope they choose the latter path.