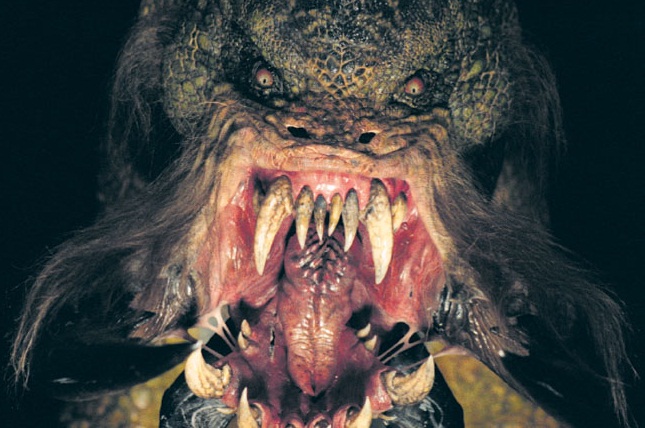 It's finally happened dear readers; The DVD Bargain Bin has jumped into modern times! Now for your purchasing ease you will find handy Amazon links for each title! While we're new to the idea of Amazon referrals, I'm sure all of you are already familiar with the concept! If you would like to help us out here at Bloody Good Horror, your click on the links below when you purchase your DVD's will help us out! 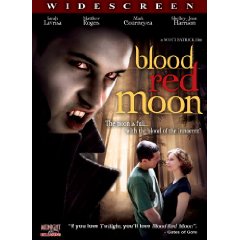 "MEGAN comes to a new town and falls in love with the mysterious VICTOR. Unknown to Megan, Victor is a vampire, a sad, lonely soul who has walked the Earth for some time. When a rash of murders begins to happen in town, Victor is suspected. Other than Megan, no one in town believes in Victor s innocence - while the real killer walks the streets - free to continue the hunt and the killings."

You know what the horror world needs? More sensitive vampires! Since they can't directly rip off the more well known mega-blockbuster, I wonder what this guy will do when he goes out in the sunlight? Smoke? Sizzle a bit? Fall beneath an overwhelming urge to tap dance? 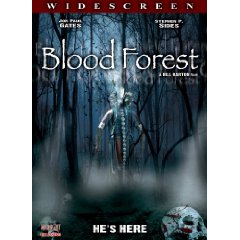 The last remaining "Brave" of the Arkansas Cave Tribe, James Levi Wiley is caught in a race with destiny as Big Foot is rumored to be on the loose in the Ozark Mountains. A reporter from the United Kingdom, Virgil Williams, a drunk, is sent to Arkansas to get the scoop. As residents are mysteriously being killed, the town Sheriff is out to catch the killer as drama unfolds in the BLOOD FOREST.

If I had to put money on who I thought would win in this epic battle, I'd say the winner would be...Bigfoot. I'm biased though, I really like bigfoot. And if truth be told, if James is the 'last' of his Arkansas Cave Tribe, they must not been too good at that whole hunting thing.

Hammer Films made their name with monsters and vampires, but this third complication from Columbia Pictures – all new to DVD – proves they could frighten you without them. Topping the set is the uncut version of the futuristic classic THESE ARE THE DAMNED, directed by the legendary Joseph Losey. Peter Cushing and Andre Morell match wits in CASH ON DEMAND. Oscar®-winning cinematographer Guy Green (1947, Great Expectations) directed THE SNORKEL, about a young girl who can’t convince anyone her stepfather’s a murderer. The renowned Val Guest co-wrote and directed the startling psychodrama STOP ME BEFORE I KILL! Kerwin Matthews finds himself in the middle of a strange mother/daughter threesome in the Jimmy Sangster-written MANIAC. Plus, this ultimate rarity: Cyril Frankel’s astounding NEVER TAKE CANDY FROM A STRANGER, a serious, and still horrifyingly timely, chiller about a small town terrorized by an elderly child molester. You won’t do better than this impeccable collection from the darkest corners of the Hammer imagination.

You know what makes a Hammer collection exciting? The name Hammer and Peter Cushing scrawled across the front cover! Besides that? When you're as big of a Hammer fan as I am and you get a new collection of film that you still haven't seen yet. 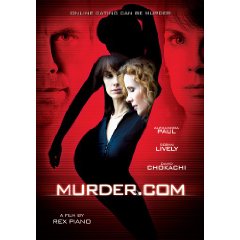 While investigating her sister Kate’s murder, Stacy (Alexandra Paul) discovers Kate’s profile on a sleazy dating website. Hoping to find the killer, Stacy joins the site and uncovers more than she bargained for.

Where you may be thinking that "Murder.com" is a hip new thriller trying to capitalize on todays pop culture trends, it's actually a documentary about why you do not use Craigs List for dates. 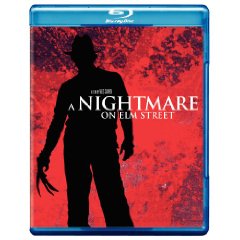 "1, 2, Freddy’s coming for you." And here he is, phantom fiend Freddy Krueger in all his razor-fingered infamy. Wes Craven (Scream movies) directs this trendsetting first in the slash-hit series. The premise is simple: Freddy (Robert Englund) homicidally haunts the sleep of Elm Street teens. The results are terrifying and mind-blowingly innovative. There’s another film debut too: Johnny Depp. He plays the ready steady of the hottie mcsmarty (Heather Langenkamp) who figures a clever way to flambé the fiend. But ever-say-die Freddy will be 3, 4 back for more…even returning to the screen in a killer 2010 remake of this diabolical original. Sweet dreams!

You know the film. You either love or hate the film. The only decision to make now is whether or not you want this in your blu-ray library. 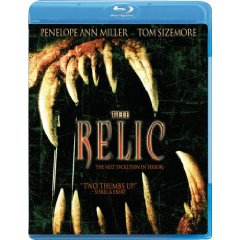 Plucky evolutionary biologist Dr. Margo Green (Penelope Ann Miller) joins forces with tough Chicago cop Lt. Vincent D'Agosta (Tom Sizemore) to unravel the mystery behind the horribly mangled corpses that keep popping up around her museum during an opening night gala for a new exhibit. When they investigate further, they find that there were mysterious deaths on the cargo ship that brought it across the ocean. Sure enough, there's a monster to blame, sprung from a strange artifact of South American origin. Based on the best seller by Douglas Preston and Lincoln Child.

"The Relic" was an ultimately forgettable little monster flick. I don't know how you could forget it though when it has such genre bending character descriptions as 'plucky evolutionary biologist' and 'tough Chicago cop'. 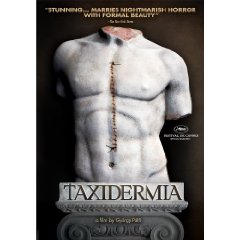 From the nightmarish imagination of Gyorgy Palfi comes Taxidermia, a surrealistic assault on the senses following three generations of men who are all damned from birth.

While I have yet to see this film myself, the common internet opinion is that this is one of the most disgusting films ever made. Whether or not it matches up to the classics such as Japan's "Guinea Pig" features has yet to be seen. I'm not sure I'm really that curious to find out though.