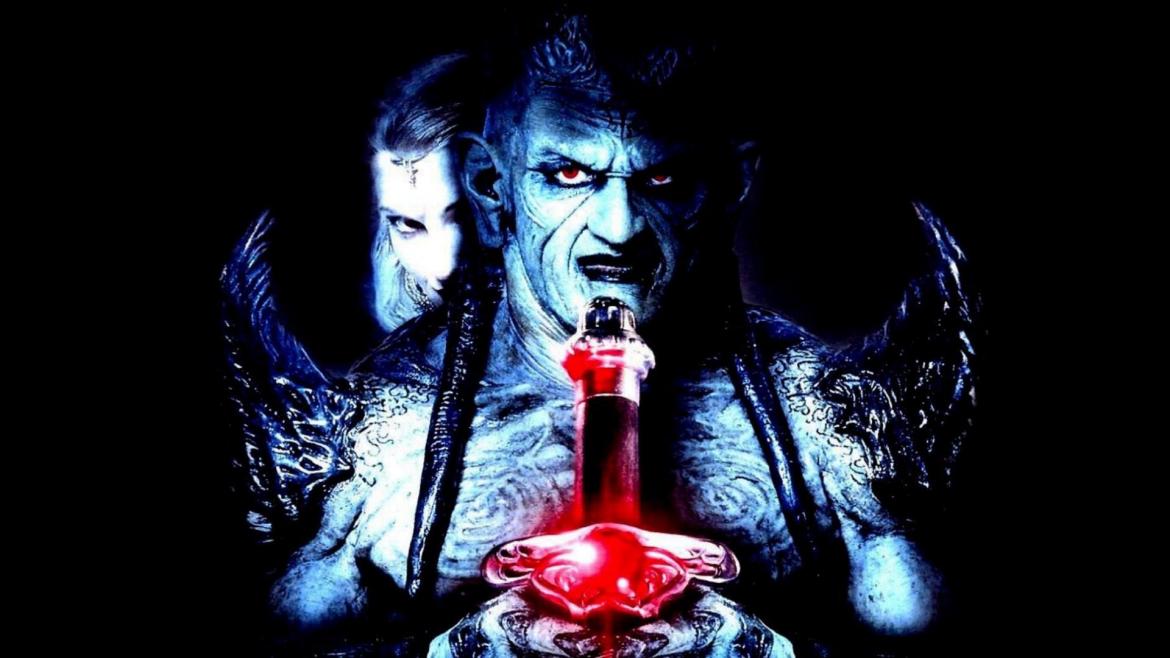 Wishmaster 3: Beyond the Gates of Hell (Movie Review)

Don’t let the evocative title fool you, Wishmaster 3: Beyond the Gates of Hell doesn’t offer a visual trip to the furthest reaches of the netherworld. While the first two films in the series transported audiences to colorful locations like ancient Persia and modern Las Vegas, the third chapter has simpler aspirations. So prepare for a trip to “generic movie college,” where the parties never end, boundaries between students and teachers don’t exist, and a centuries-old demon who grants wishes with sinister twists has set up shop.

A lot has changed for the Wishmaster since the end of part two. Most important is that he is no longer played by Andrew Divoff, whose deranged hammy-ness was really the only thing keeping the franchise afloat. In his stead, a leaden combination of John Novak (djinn form) and Jason Connery (human form) have been charged with filling the role. The pair resoundingly fails, due to their own shortcomings as well as the script’s, to recreate the humor and menace that Divoff nailed through the first two films.

Also, forget about that 1,001 souls thing from part two. Wishmaster 3 focuses its djinn exclusively on granting the person who woke him three wishes in order to unleash all of his pals on the Earth. This poor sap is a college student named Diana. In an effort to persuade Diana to make her own wishes, The Djinn becomes a bit more of a slasher this time out, hunting her friends down in an effort to grant them a wish, steal their souls, and leave them dead. It’s a twist for a creature who, up until this point, was more of an opportunistic predator than one who would chase you down, wielding a wish instead of a machete.

Another thing: Many of the people The Djinn targets are not even Diana’s friends. Some could be called frenemies. Others are more like acquaintances. Why the movie goes out of its way to build these occasionally antagonistic relationships while still hyping that “I’m going to kill your friends” business is anyone’s guess.

Aside from Divoff, the only reason to follow along with this franchise has been the clever wordsmithing that went into the kill sequences. The Djinn had a knack for reworking people’s wishes into the worst, bloodiest outcome for the wisher – a knack he seems to have lost prior to part three. Outside of one girl who wants to lose weight, the deaths this time are entirely forgettable in set up and execution.

Even though The Djinn had previously existed outside the scope of the Judeo-Christian mythos, he is planted squarely in the middle of it during the climax of Wishmaster 3. At one point, the spirit of the Archangel Michael is conjured up to do battle with The Djinn. What follows isn’t so much the climatic final battle between good and evil, as it is a low-rent WWE street fight.

The Wishmaster franchise was on shaky ground quality-wise from day one. However, the loss of its star, and a script which lacks the quasi-consistent cleverness of the first or even the spottier ingenuity of part two, has created a sinkhole from which Wishmaster 3: Beyond the Gates of Hell simply can’t escape.

Play Misty for Me