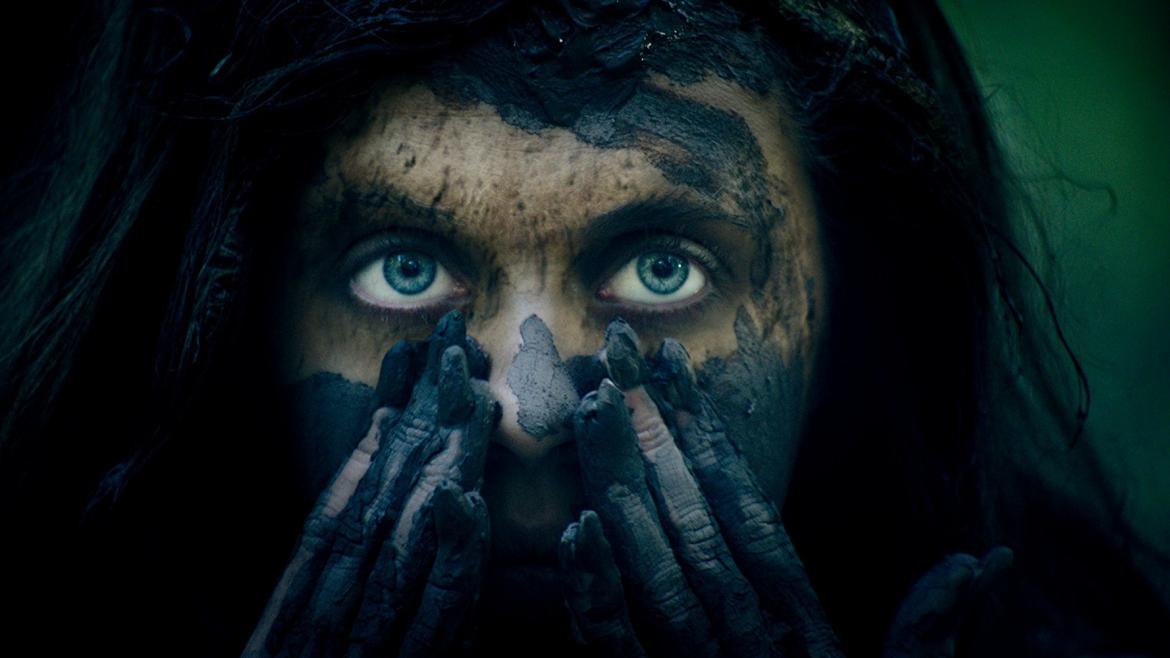 For those of you coming her thinking you were about to discover some secret Game of Thrones spinoff you never knew existed...sorry--Wildling is not the continuation nor prequel of the shenanigans of the free folk North of the wall. It is however a not-your-typical werewolf fairytale that's probably not going to help the little ones get to sleep at night, but will satisfy the genre fan that enjoys a taste of coming-of-age drama with their indie horror.

Once upon a time there was a young woman named Anna (played by Bel Powley) who was forced to stay confined in a single room for most of her life by a man she refers to as, Daddy (Brad Dourif). Daddy's reasoning for her confinement was that a bloodthirsty creature, a wildling, lurked outside that eats little children. When tragedy strikes Anna finds herself out in the real world with no family or concept of the world around her. She's taken in by a local sheriff, Ellen (Liv Tyler), but before long Anna begins experiencing changes and that Daddy might have had ulterior motives for keeping her locked away as long as he could.

Wilding is not a particularly scary movie, but it has creepy elements that accentuate some of its opening and climactic sequences. The opening is told piece by piece over the early years of Anna's life as Daddy intermittently enters her room to provide her with food and of course to inform the audience of the 'wildling'. The character dynmanic between Dourif and this imprisoned child doesn't scream a wholesome American family vibe. As gentle as Dourif appears there's a sinister leaning to his action--plus it is Brad Douriff, who generally comes off a bit less than well-intentioned. The primary arc for Anna, played perfectly by Powley, picks up through the middle of the movie is a coming-of-age story. Once she's out in the world and is confident nothing is coming to eat her, she has to learn to function as a normal teenager. Powley's wide-eyed and innocent glare at the world created by debut German filmmaker Fritz Böhm is so authentic that it's not challenging at all to hop along with her story, even as the genre mechanics start to kick in.

With so much focus on Anna it would be easy for the supporting cast to get lost, but Tyler gives an emphatic and gentle performance that compliments a surface level mother/daughter relationship between her and Anna. The final act, however, doesn't quite have the budget to sustain its ambition. Böhm's pacing is spot on throughout, but the last act weirdness is a little too off kilter, even if Böhm succeeds in channeling a centuries old gravitas in his filmmaking.

The film doesn't quite put the wild in Wildling, but there's just enough genre chills and wonderful character to give the film a heartbeat. Bel Powley's authentically committed performance is more than enough to draw you into this unique little werewolf yarn.