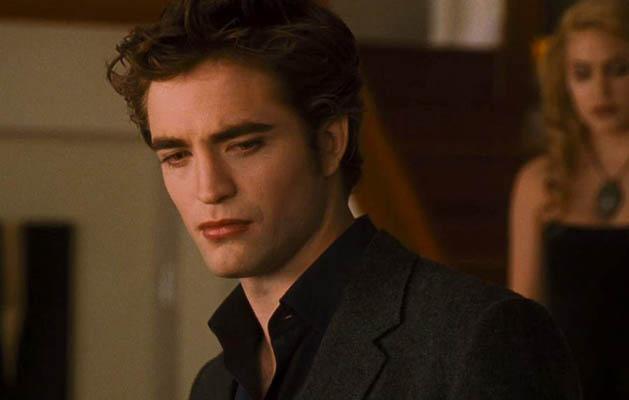 Before we begin, a disclaimer of sorts: I have yet to read any of the books in Stephenie Meyer's insanely popular "Twilight" series, nor do I intend to. Why is that important? Well, from what I understand, a thorough working knowledge of the mythos is essential to your complete and total enjoyment of Chris Weitz's 2009 teenage vampire flick "The Twilight Saga: New Moon." Otherwise, certain elements in the movie simply do not make sense. For instance, did you know that there's a reason why werewolves walk around in their underwear while in human form? Apparently, it has something to do with Native American poverty and the sheer inconvenience of the transformation process. And here I thought it had everything to do with budding teenage sexuality. Go figure.

I will say, however, that "New Moon" is a step up from "Thirteen" director Catherine Hardwicke's woefully amateur adaptation of "Twilight." The effects are bigger and sharper, the abs are clearly more chiseled and well-defined, and Kristen Stewart's emotional range has increased from Corpse-Like to Corrugated Cardboard. And while the lofty production values and nearly-naked man flesh probably makes for an enjoyable night at the movies for audiences who are easily amused by the flushing of a toilet, the rest of us will be yawning profusely while staring at objects situated near or around the screen. In other words, "New Moon" is a substantial bore, the sort of mindless, limp-wristed motion picture that could send a teeth-grinding crackhead into an unshakable coma.

This kind of "big event" title is an admittedly easy target for someone like myself. As my taste for mainstream cinema continues to agitate my tiny sensitive gag reflex, watching empty-headed fare like this doesn't help matters whatsoever. That being said, I can clearly understand why fans of the books are more likely than not to view "New Moon" as a positive cinematic experience. The ingredients for a female-centric, crowd-pleasing story are all accounted for, including several moments that seem to have been plucked directly from the depths of daytime soap operas. It's as melodramatic as your last dysfunctional family get together, which may explain why its box office numbers continue to rise.

In case you've missed the boat altogether, allow me to bring you up to speed. Bella (Kristen Stewart) is in love with Edward (Robert Pattinson), a lanky, pasty vampire who has sworn an oath not to feed on human beings. Edward, being the sensitive, ever-brooding individual that he is, understands the dangers of having intimate relations with poor little Bella, though he's not particularly good at expressing his feelings. After throwing her a series of mixed signals, he abruptly dumps her in a nearby forest with the sensitivity of an infected hangnail. The scene is sure to send swooning fans into fits of watery sobs.

Naturally, Bella immediately sinks into a deep, dark depression. In an effort to escape the inky black funk that is her life, she turns to her old friend Jacob (Taylor Lautner), who has mysteriously transformed from a miserable little pipsqueak with really bad hair into a muscular, full-on heart throb with incredibly awful hair. What Bella doesn't know, of course, is that Jacob is a werewolf, and his sole purpose in this world is to make sure vampires keep their distance from their favorite Homo sapien snacks. Kissing, fondling, and a few patented moments of glossy CGI action eventually ensue. By then, I'm afraid, you might be fast asleep and drooling freely.

Around the time that Edward vacates the scene, the film becomes phenomenally dull. Most of the blame falls directly upon Kristen Stewart’s fragile, inexpressive shoulders. In addition to being wholly unattractive, Stewart is, without a doubt, one of the least charismatic female leads since the invention of Tara Reid’s film career. She has the sex appeal of a decomposing turd, and her personality is akin to something you might find working the late shift at Wal-Mart. Her portrayal of Bella leaves one to ponder why, exactly, these two guys would waste their precious time pursuing a romantic relationship with a damp washcloth like her.

In fact, the only two individuals who seem dedicated to the project are Taylor Lautner and Michael Sheen, the latter of whom has a small yet delightfully evil role as one of the world’s strongest vampires. Lautner, who seems charming enough, seems to genuinely embrace his role as Jacob, and I actually found myself hoping the poor bastard would finally come to his senses and murder everyone within a fifty-mile radius by the end of the film. Sheen, meanwhile, gleefully relishes the role as the film’s only clear-cut villain; his performance is suitably over-the-top and wonderfully maniacal, a joyous departure from the rest of this remarkably lifeless film. Shame he doesn't have more screen time.

Despite the presence of both werewolves and vampires, “New Moon” is as far away from the horror genre as you can possibly get without purchasing a Paula Deen cookbook and a pair of Crocs. As outrageously popular as the movies and novels may be, Stephenie Meyer hasn’t tapped into anything new or original with the material she‘s peddling. She is, essentially, selling hormonal teenage drama to a demographic that has plenty of hormones to spare. Chris Weitz, meanwhile, has done an admirable job of translating an overlong romance novel into a goofy two-hour soap opera designed to appeal to preteens, fantasy addicts, and women who desperately need someone to love. Regardless of my thoughts on the subject, the fanbase will continue to be rabid, horny, and loyal to a fault. Might as well get used to them.