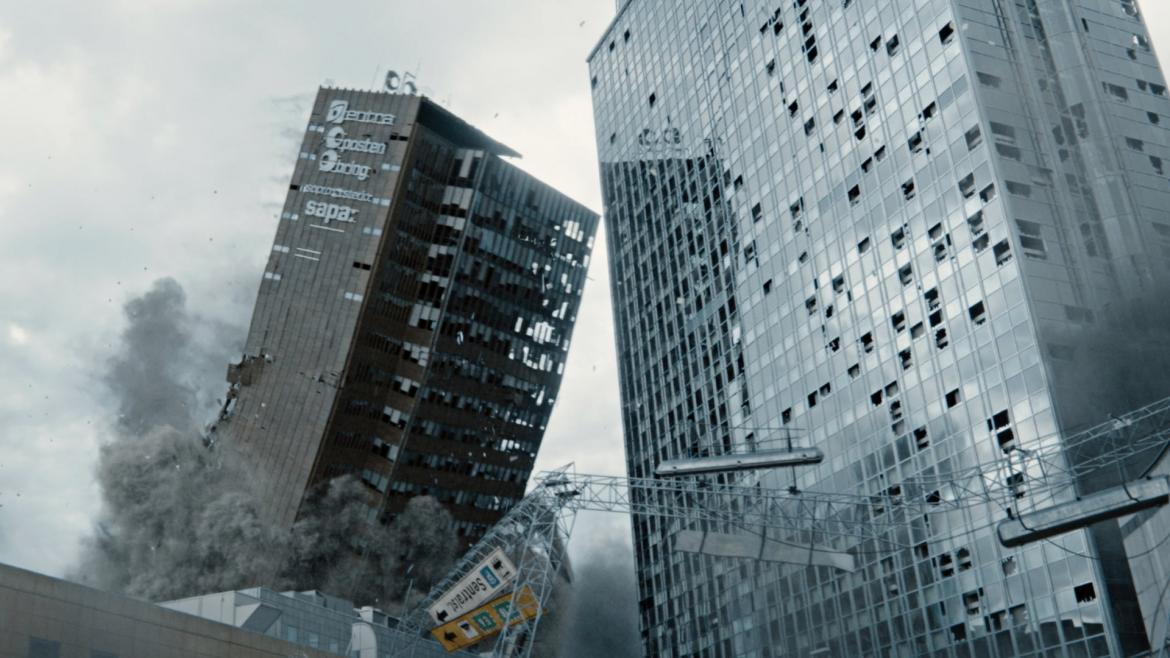 Perhaps it is time for the US to hand over any and all disaster movie scripts currently in production to Norwegian filmmakers. In 2015 Roar Uthaug delivered the dramatic and patient tsunami flick The Wave before being swept up by the Hollywood machine and directing the 2018 Tomb Raider. The success of The Wave was located in the filmmakers' careful attention to detail and characters. The film is a slow and methodical buildup of tension, giving way to an intense sequence of horror, and its emotionally charged aftermath. The Quake, a direct sequel to The Wave, follows an eerily similar formula with equally similar results uncommon for such sequels.

In the director's chair this time around is John Andreas Andersen, and he sweeps up the surviving main characters/family featured in The Wave. Kristian (Kristoffer Joner), the geologist who predicted the events that led to the tsunami that ripped through Geiranger, is struggling daily with the post traumatic stress. He is convinced disaster is going to befall not just him but his estranged family once again. Focused on constant waves of movement in the tunnels beneath Oslo, he becomes paranoid that it's only a matter of time before history repeats itself and the city is struck with a tragic quake. As luck would have it, his suspicions are not merely theories and Oslo is ill prepared for the magnitude of damage in their future. Now it's a race against time for Kristian to evacuate his family.

Kristian, as a character, despite having emotional complexity that someone like Roland Emmerich could never understand, is perhaps the most unlucky sap on the face of the earth. Or maybe he's the luckiest. He's so intuitive and perceptive at his job that he's always in the right place at the wrong time. It's one thing for your hunch to come to fruition, but I'm sure Kristian would prefer for himself and his loved ones to be miles away from danger. Alas, then there wouldn't be a movie and we wouldn't get some of the more tragic nuances that The Quake does better than its predecessor.

The Quake ups the ante on intense special effects sequences that were kept to but a small portion of runtime in The Wave. The disaster itself is very brief and perhaps exaggerated for the purposes of providing some eye-candy. The initial shots of the earthquake show the ground swelling as though just underneath there's an explosion causing the earth to rise and crumble. When the quake has subsided the set piece that remains is a skyscraper with a handful of people attempting to escape or rescue the others. Within are some breathtaking effect shots that include a toppling skyscraper that collides with the one our main characters are in, leaving the standing structure with half of its original shape and quickly losing stability. All of this is housed in the film's final half hour and every last second of it is remarkably riveting.

If there's a complaint to be had, it's that the conclusion of the events feels abbreviated. Prior to the credits rolling the film wallops the audience with some intense emotionally driven action. Any moment of relief is punctuated by a new problem that has to be solved leading to a new block of tension. However, the movie ends on something of a bittersweet and triumphant note that feels as though we've skipped an entire sequence of the film. There's a chance audiences will feel cheated out of additional thrills that could have been had.