The Prophecy: The Ascent (Movie Review) 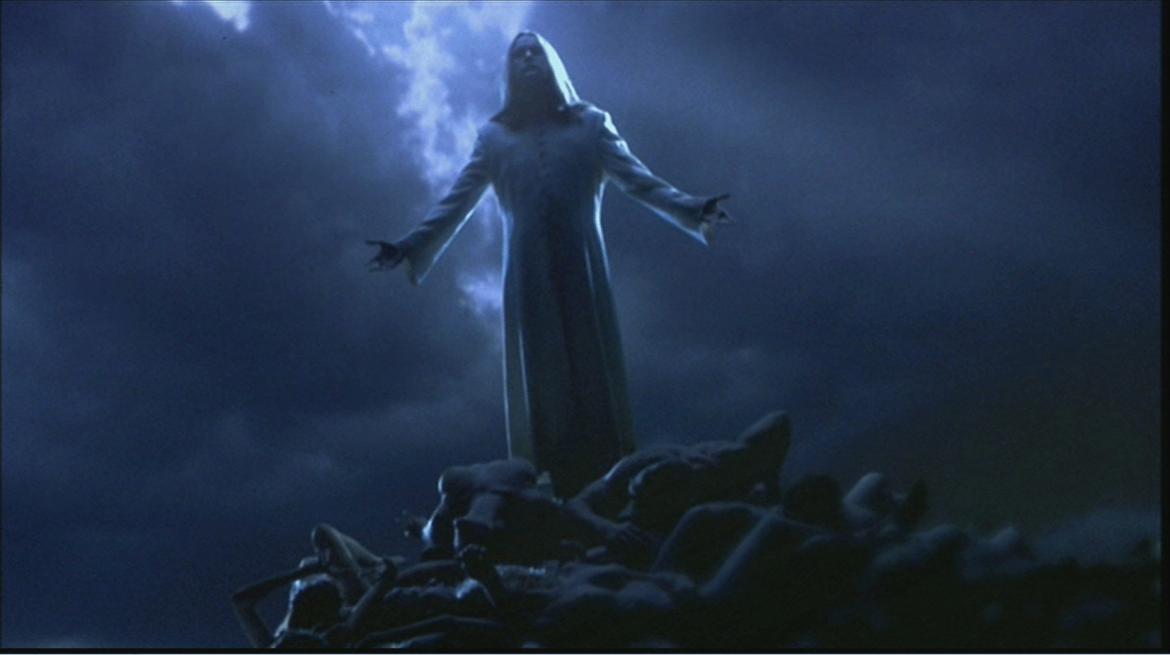 “I let myself go,” confesses a stringy-haired, shabbily-dressed, and now human Gabriel (Christopher Walken) in The Prophecy 3: The Ascent. Appearances aside, it seems the ex-archangel has found quite a few upsides to becoming the thing he used to hate. While he’s mellowed on Earth, bedding prostitutes and learning to drive, the angelic war he started over humanity’s place in heaven has raged on. The evil angels' new plan? Enlist Pyriel (Scott Cleverdon), the Angel of Genocide, to destroy humanity, forever lock us out of heaven, and end the war. Tasked with stopping him is Danyael (Dave Buzzotta), the half-human, half-angel whose parents we met in the previous sequel.

As an elevator pitch, The Prophecy 3 isn’t bad. However, it makes the transition from brief high-level overview to feature film far less gracefully than Gabriel makes the transition from angel to human. Take out the endless scenes of driving, the fan-service, the callbacks to previous entries and suddenly the movie, which runs just 84 minutes, would have to get extremely creative with its end credits to get near feature-length.

Even if screenwriters Carl Dupre and Joel Soisson put together a better, more complete narrative, it’s unclear if first time director Patrick Lussier could execute that vision. That’s not a knock against Lussier’s abilities but more on how hamstrung the movie seems by its budget. The Prophecy franchise has always struggled to overcome financial limitations, evidenced by the way the first two films peter out in their climactic moments. Still, those issues seem minor compared the epic shoulder shrug that is the finale of Prophecy 3.

Roughly four minutes. That’s how long the final battle for the future of mankind is worth. For comparison’s sake, that’s about twice the time the Prophecy 3 devotes to revisiting side characters and glorified extras from the first movie. If there’s no budget for a big effects-driven spectacle, at least throw in some decent fight choreography. Try to make the prizefight for humanity’s fate feel like less of an afterthought.

The Prophecy 3: The Ascent encapsulates all that is right and wrong with the Prophecy franchise to date. The ideas are bigger than the budgets can support, and the stories are prone to patchiness. Luckily, the cast, led by Walken, is good enough to keep things from completely falling apart. If Walken is truly done with this character and this universe that is so indebted to him, he couldn’t have picked a better note, performance-wise, to go out on.