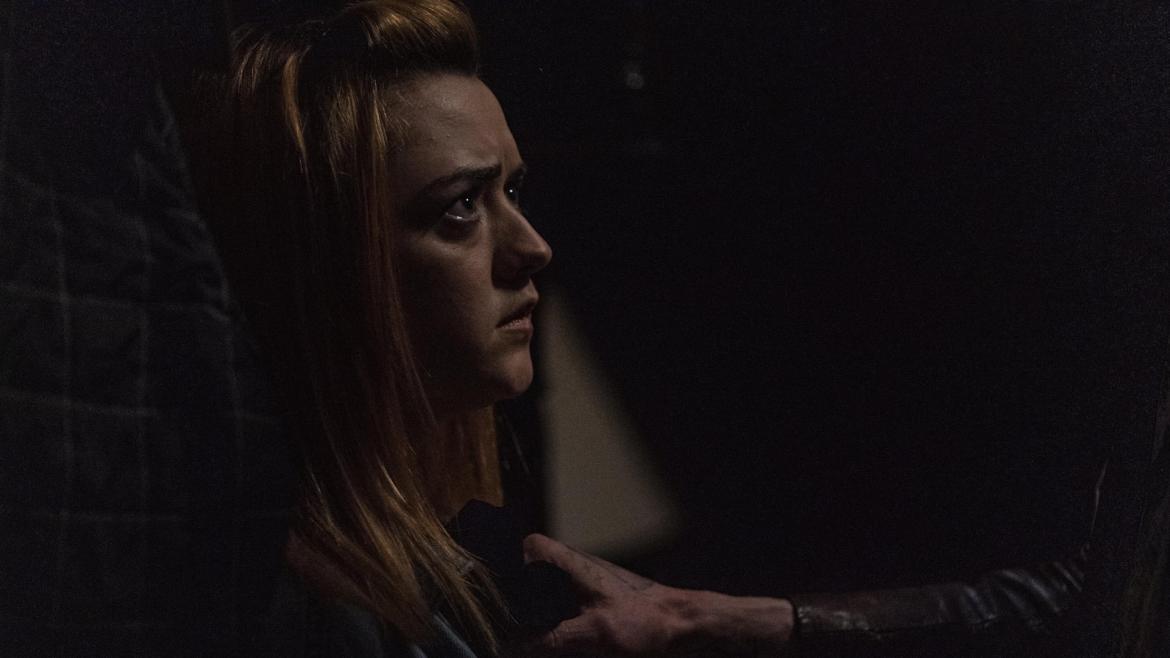 There is something especially creepy about watching a home invasion film during a global pandemic. Our homes are supposed to be the place that we are most safe. In these times where so many of us are stuck at home with few other places to go, the idea of someone coming into that space uninvited is even more unsettling. The Owners, available on VOD on September 4th, is just one such film.

Based on the graphic novel Une Nuit de pleine lune -- translated to “The night of the full moon” -- by Hermann Huppert, The Owners stars Maisie Wiliams (Game of Thrones) as Mary, a young woman who gets dragged into a burglary attempt by her good-for-nothing boyfriend Nathan (Ian Kenny). When Nathan tells Mary that he and his friends are going to break into the large, isolated estate of the town physician, she is unsurprised; mainly concerned with getting her car back so that she can get herself to work. She waits outside while the three men enter the home and make their way to a safe in the basement. When they are unable to crack it, they decide to wait for the doctor and his wife to return home, rather than cutting their losses. They trick Mary to join them inside, and it’s there that she finds herself when all hell breaks loose. Unfortunately for our ragtag group of crooks, Dr. Huggins (Sylvester McCoy) and his wife Ellen (Rita Tushingham) are not as helpless as they appear. The remainder of the film follows Mary as she tries desperately to get out of this house that she never wanted to be in in the first place.

The Owners seeks to turn the typical home invasion film on its head, and follows movies such as Don’t Breathe and Intruders, in its attempt to subvert the genre. The film is helped along by incredibly strong performances, particularly those of McCoy and Tushingham as the estate’s residents. Maisie Williams also provides a satisfying turn doing what she does best -- starting off largely naive, if not a little put-upon, before harnessing her sweetness as a weapon for those who would discount her. The dynamic that we witness between Mary and the Huggins’ throughout the movie is one that is ever-shifting and really fun to watch.

No review of The Owners would be complete without the mention of Anderw Ellis as Terry, Mary and Nathan’s friend. Terry slots comfortably into the archetypal space of Nathan’s less cool friend who pines after Mary. It is Terry who provides the group with the information about the safe after his mother, who cleans for the Huggins, mentions it to him. He stands by ineffectually as the situation quickly gets out of hand when the couple return home, and he spends most if not all of the film’s third act projecting all of his toxic masculine entitlement onto Mary. Terry is perhaps one of the hardest parts of this movie to watch, which is saying a lot in a movie where one character gets their skull crushed with a sledge hammer. Terry tries to console a scared Mary by trying to force a kiss on her and yells at her for being with Nathan when she should be with him. Andrew Ellis’ performance makes my skin crawl at times for how true it feels. And at the end of the day, that destruction is what The Owners is all about. Just about every character in the small cast is hellbent on possessing something that isn’t theirs to possess, and for many of them, it is their downfall.

If you’re looking for a wild ride during quarantine, The Owners is for you. With its truly zainy performances and practical effects that will absolutely make your stomach turn, it’s sure to keep you on your toes. Why not get stuck in someone else’s house for a while?

The Owners wil be available in select Theaters, On Demand and Digital September 4, 2020