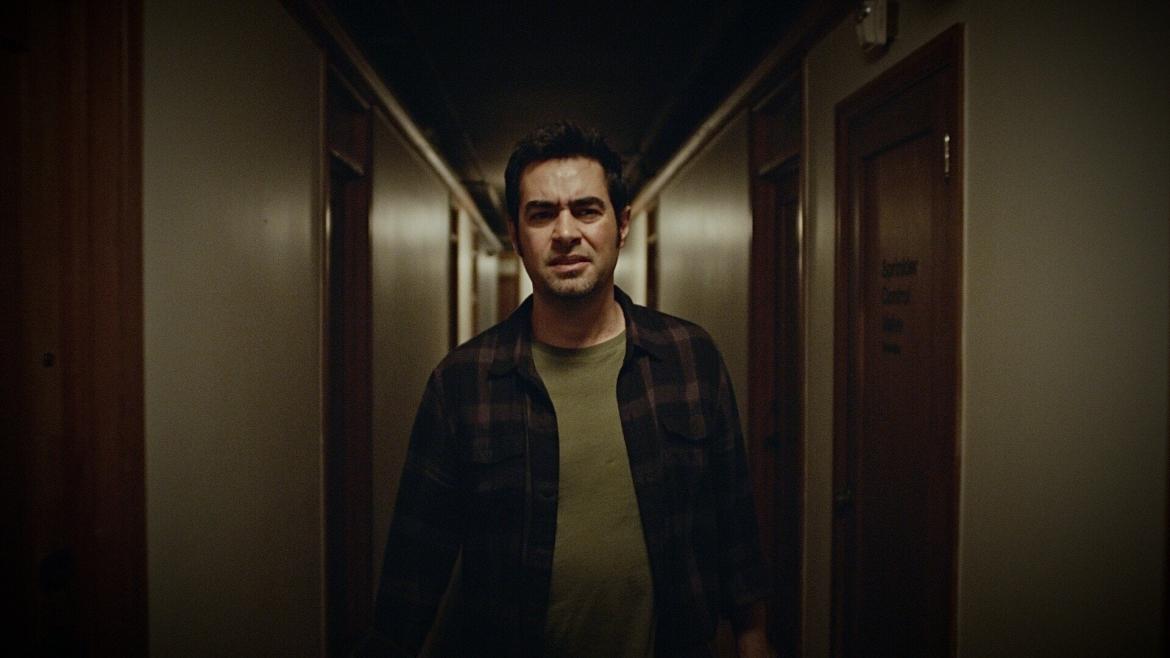 In the United States the closest analogue to the horror genre’s gothic style European castle could be found within the walls of 19th and 20th century hotels. The Night brings that foreboding sense of dread to L.A.’s Hotel Normandie for one Iranian family just looking for a place to rest for one night. And like any good horror set up, this is a choice that proves to be rife with personal consequences as the parents  are beset by ghostly figures pushing their hidden skeletons to the surface.

Babak (Shahab Hosseini) and his wife Neda (Niousha Noor) have been enjoying a night in with friends. As they drink and play games, the couple decide it’s time to call it a night and head home. We learn that Babak came to the US some time ago while Neda and their infant daughter are  still adjusting. The trip home crescendos in marital tension due to Neda’s insistence Babak should not be driving. A perfect storm of navigational issues, gas levels and masculine pride force the couple to make the decision to spend the night at  the nearest hotel. Inside, the couple quickly find themselves trapped by a supernatural force in a never ending night determined to force the couple into an act of contrition.

Kourosh Ahari’s film draws heavy influence from The Shining, but his particular voice allows the history of Iran to permeate the characters’ backstories. The ominous hallways of Hotel Normandie are imbued with the sense that ghostly secrets  await to break to the surface. The hotel’s receptionist (George Maguire) seems friendly and harmless enough, but his and Babak’s banter quickly takes a seemingly sinister tone. The red flags continue to accumulate for the troubled couple as we see their pained reactions to the ghosts following them around every corner. These and many other examples, are just some of the ways that Ahari is toiling in well traveled steps, but with a new perspective giving the old tropes a fresh coat of paint.

The hotel provides a suitably eerie stage for Hosseini and Noor to deliver fantastic performances. Both Babak and Neda are constantly battling two sides of themselves: the side that is trying to make sense of what’s happening to them while trying to keep their lives from falling apart, and the side that’s barely keeping it together due to a terrible secret one is keeping from the other. The duality of the performances and the way Ahari allows the past to bleed into the present is what drives how eerie and emotionally effective the horror of The Night really is. Ultimately, it’s the increased intensity and unstable nature of Babak’s demeanor (done extremely well by Hosseini) that injects the tension into the narrative. unsettling vibes the audience develops wondering how and if this family can emerge unscathed.

Ahari’s film shines in a concept that revolves around one sleepless night where the neverending darkness mirrors the excruciating guilt of our worst choices and how inescapable that feeling can be. Though repetitive at times, The Night is an eerily elegant ghost story that is universally relatable while asserting an essential cultural context that enriches the experience.