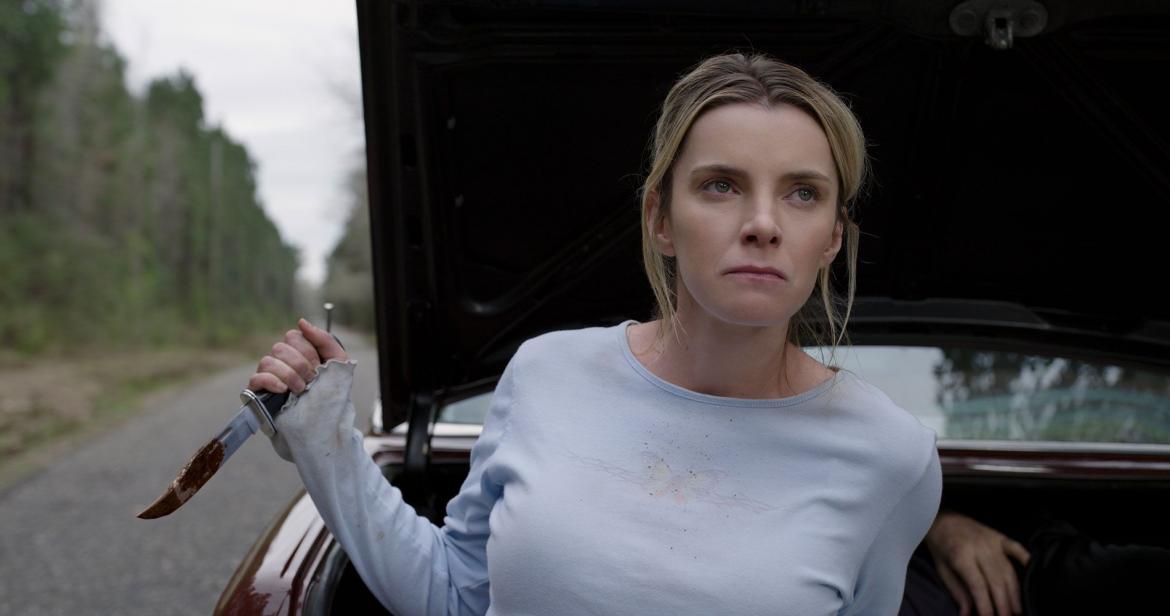 Of the many changes that current pandemic will inevitably bring to society, one of the stranger footnotes when it's all over may be its effect on our movie distribution systems.  As production companies attempt to cope with a realilty where people can't safely be in a theater together, they've adjusted by beginning to offer some new releases on-demand. The latest of these, The Hunt, has a long and sordid history.

The now infamous plot of The Hunt involves a group of rich and powerful "liberal elites", who choose to blow off steam by kidnapping and "hunting" a group of Trump supporters for sport.  It's a synopsis so made for controversy it (predictably) prompted an angry tweet from the President himself, and was delayed for several months after a series of mass shootings gave the studio jitters. The irony of the President getting directly involved, is that unless I'm reading this film entirely wrong, there is maybe no form of entertainment short of Fox News that's more suited to his fans.

We begin on a private jet full of our "liberal elite" villains.  We know right away what they're capable of as they're forced to dispatch a "deplorable" who has woken up early from his drugged stupor and wandered out into the cabin.  The next scene throws us straight into the chaos, as our captives begin waking up and discovering their fates.  Several recognizable faces are in this initial group including genre staple Emma Roberts, the hilarious Ike Barenholtz, and more.  Don't get too attached because they will all be dead in the next 5 minutes.

After the initial carnage - which sees 90% of the film's recognizable faces dispatched unceremoniously - we shift focus to a new character, Betty Gilpin as Crystal.  We immediately learn that Crystal can take care of herself, as we see her successfully evade the opening carnage and begin to plot her escape.  She meets up with another survivor, and the two cast off to try to survive.  Eventually, her path crosses with the "hunters", and they end up regretting picking her for this little experiment of theirs.

Divorced from time and context, the political commentary in The Hunt would be almost incomprehensible.  You never hear our current President's name spoken out loud, despite it being clear who we're talking about. You would not only have to understand all the nuances of today's fraught political climate to make any sense of what's happening, but also have a fairly deep knowledge of the seedier sides of internet conspiracy theories.

Nothing is subtext here, just characters spouting the kinds of phrases that are undoubtedly fed into Russian twitter bots to get people riled up. It's surely aiming to be satire, but more often than not the script comes off as a checklist of divisive buzzwords. By the time you get to the eye-roll inducing Animal Farm references it's hard to shake the feeling that you're talking to a college freshman who just took their first political theory course.  When compared to the more subtle, socially conscious work of someone like Jordan Peele, this film's failures become even more apparent. It should be pointed out, one of the credited screenwriters is Damon Lindelof.  Do with that information what you will.

The tragedy of The Hunt's overbearing political overtones is that under the hood, there are some real moments of genre magic happening.  The actual hunting scenes are tense, well directed, and full of situational humor that lands more often than not.  The film doesn't flinch from its violence, offering plentiful over the top gore.  Gilpin is a joy to watch.  She kicks ass believably, has a razor sharp wit, and gets you rooting for her at every turn.  She truly becomes this character, in the process picking up the second and third acts and carrying them squarely on her shoulders.  If you're willing to overlook the sloppy dialog and badly handled satire, Gilpin single handedly makes this worth watching. By the time we get to her "final battle", it's hard not to root for her, whatever your political leanings may be.

Maybe that's the ultimate point? If so, it's too bad it gets drowned out by the rest of the noise.  The Hunt is either a pointed love letter to "misunderstood" Trump supporters or some clever meta-textual commentary on how we're really "all the same."  The evidence points more clearly to the former, and that means most horror fans' mileage may vary.  It's just a shame that the script issues overshadow Gilpin's absolutely electric performance.  To be frank, it deserves to be in a better movie.