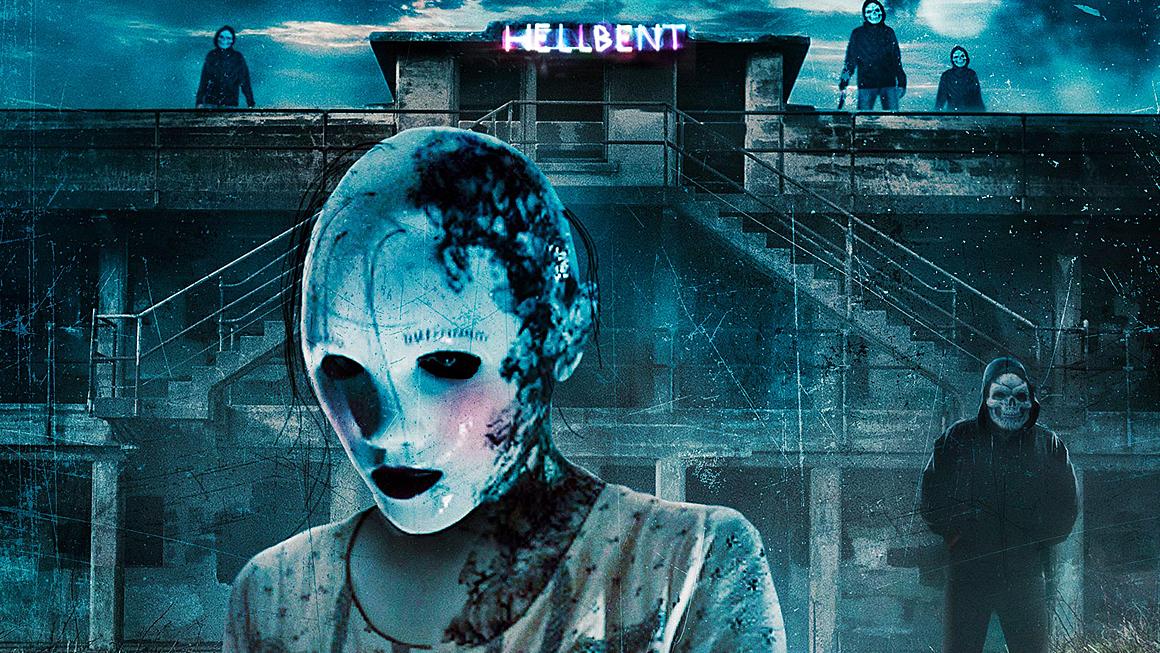 The Houses October Built was one of those word of mouth indies that while it approached the found-footage genre with a unique flair it did very little to make itself stand out as a memorable genre entry. It would not shock me if someone reading this is finding out for the first time that a sequel hadn't only been greenlit but had already made its VOD run and is now available on DVD and Blu-ray. Even more disappointing is the fact that The Houses October Built 2 winds up being a retread of the original with little to no reason to exist.

Picking up a year after the events in the first film, a group of haunted house enthusiasts find themselves hesitant to get back in the spooky tour game. However, when the opportunity to make some money arises they hop back in the saddle. The catch is they have to convince a member of the group most shaken by the previous year's events to come along. To make matters worse hints of their tormentors, Blue Skeleton, slowly creep back into their tour and it may be too late to turn back.

Extreme haunts are all the rage for Halloween enthusiasts in the modern age and The Houses October Built coasted by largely on its ability to tap into that niche. The Houses October Built 2 is basically just the exact same movie with a thinly conceived hook that hinges on the previous film's development. Howver, the sequel does little to expand on what makes its predecessor interesting. We're essentially just back in a tour bus visiting another batch of extreme haunted houses while the actors sometimes get into character to do their bickering that's tangentially plot related. By the time the final 15 minutes kick in not nearly enough time is spent plunging back into the Blue Skeleton mythology for any of the events to have relevance or effect on the viewer.

What's more is the film bafflingly switches from the original's found footage roots to sweeping arial shots as if it were some faux documentary that happens to have elements of found footage. The cast continues to have natural chemistry but the more we watch these 'characters' go in and out of these haunts the more the question becomes what new did you have to bring to this concept. It's unlikely fans will continue to shell out money to see the same people annually visiting what may or may not be real haunted houses, crowbarring in a fictional group of antagonists that are without a doubt mysterious. But the problem is still that we get 3/4 of the exact same movie with a unique third act that isn't satisfying enough to forget the copy and paste job that just transpired.

The Houses October Built 2 has flashes of being something better than it is. The filmmakers are clearly coming into their own in spite of the fact that they are basically treading water in the shallow end of the pool and venturing off the beaten path too little too late. There remains an untapped potential within the world they've created, so here's hoping they find what's missing from this concept before it too buries their creative spark.