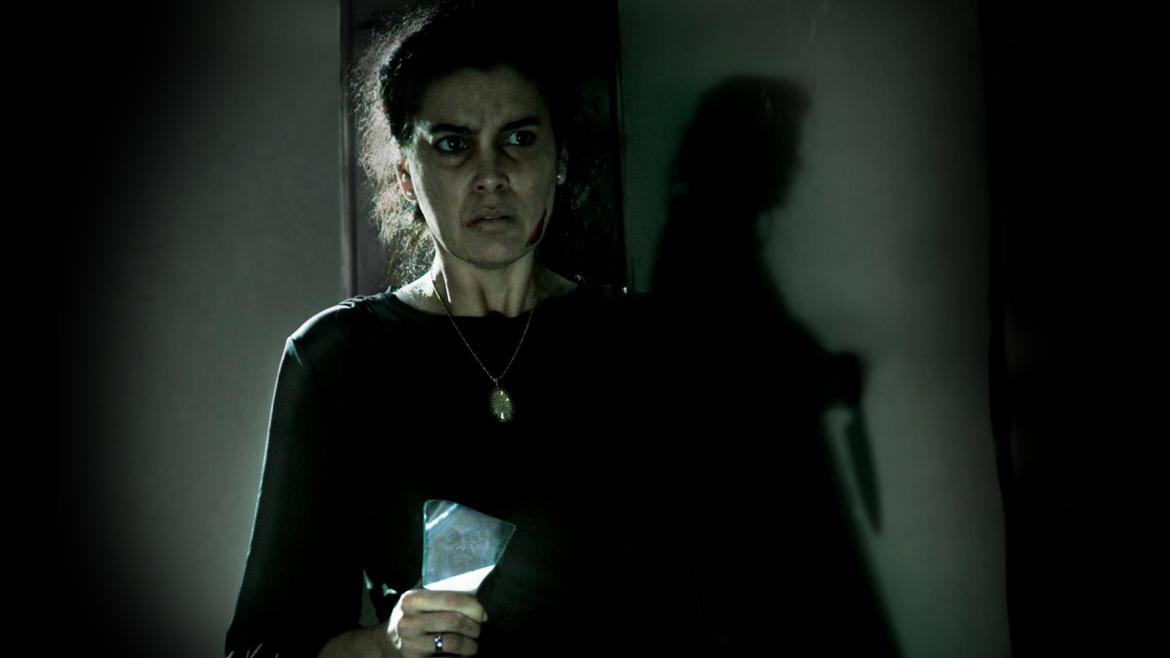 The House at the End of Time (Movie Review)

In The House at the End of Time, a woman named Dulce is imprisoned for the suspected murder of her husband and son, and is imprisoned for thirty years.  At the end of her sentence she returns to the house where the crime took place and begins to put the pieces of the event back together thanks to a mysterious power the house possesses.  She befriends a local priest, who does some investigating, and soon begins to find out the house’s secrets.  It had been originally built by a Mason who used occult knowledge to create the house so that it could somehow intersect with any point in time.  Dulce begins to unravel past and future events by witnessing the murder of her husband and son from different perspectives that only this unique house can provide her.

One tends to expect foreign films to be more creative than American films, and while “The House at the End of Time” certainly is very creative, it's also disjointed.  On one hand. this is an incredibly dark supernatural murder-thriller. On the other hand, there are plenty of scenes where it feels like a sickeningly sweet made-for-TV movie.  While American horror movies can often be very paint-by-numbers, one thing they do tend to get right is a consistent and appropriate tone, which is probably why I find this sort of issue especially problematic with some foreign films. The majority of this movie is strong, but ultimately the parts that are bad are so incredibly annoying that they invalidate the positives.

The House at the End of Time is an intelligent film, and bears a striking resemblance to Oculus, another smart horror film released this year about witnessing an event from multiple perspectives in time. Unfortunately, its flaws are far too aggravating for me to either give it a higher score or recommend that anyone watch it.

Movies Like The House at the End of Time