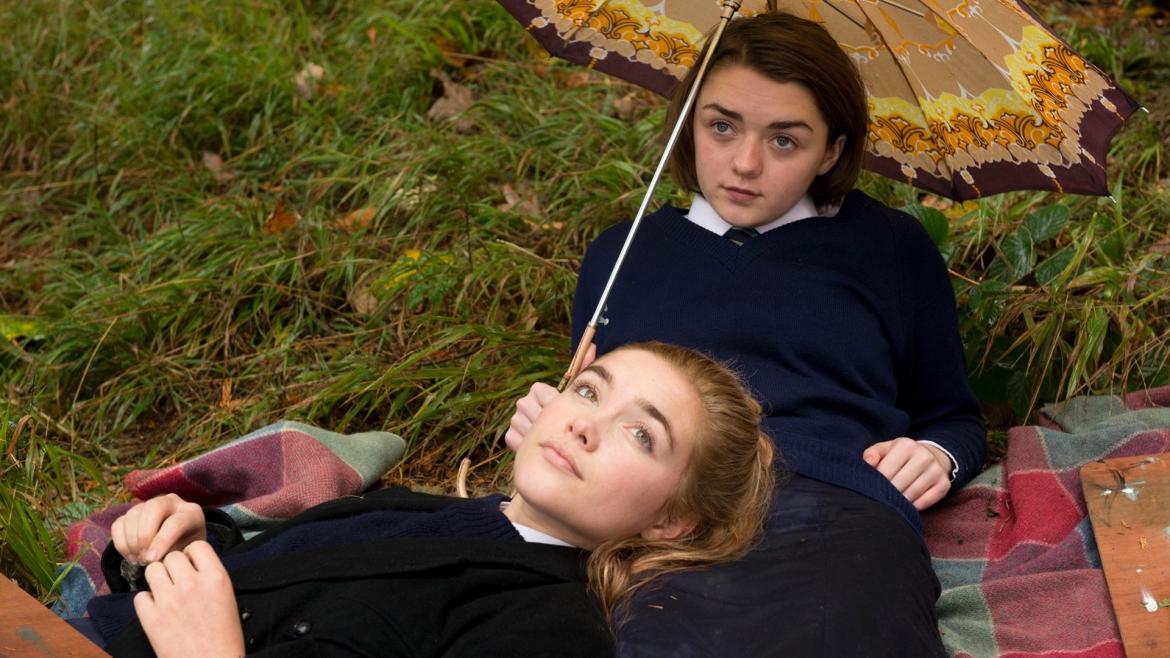 We'll start the month off with The Falling, which tells the story of the students at an all girls school in the English countryside in the late 60's, who all begin suffering from strange faintin spells that seem to be sweeping through the school. The inciting incident seems to be the mysterious death of Abbie Moritimer. As her best friend, Lydia, tries to grapple with the loss - she starts experiencing small fits and fainting in class and assembly - and as her symptoms grow more serious, more and more girls around her become afflicted. Telling a gripping story of sexual awakening, alienation, and loss, The Falling tells the story of a young girl wanting nothing more to feel real, and of how isolating teenage years can feel.

The Falling is a beautifully shot film, with lush greenery intercut between narrative scenes. The color scheme is interesting as well, most of the scenes at school and at home are filled with neutral tones and almost devoid of color, the pictures of the greenery are saturated in beautiful greens and browns and blues. As an effect, the girls look more alive outside in the world, particularly Lydia, who frequently returns to the tree where she and Abbie carved their initials. Nature has long been a symbol for womanhood and fertility and the director seeks to harnass this mythos to further drive home what is happening to these young women. As they struggle to identify themselves within their changing bodies and within their shifting friend groups, the fainting is ever present - acting as its own forceof change.

Director Carol Morley is primarily known as a documentary filmmaker, whose films have gained some acclaim at varous film festivals. Her documentary of self discovery, The Alcohol Years, was shown at South By Southwest in 2011 and chosen as one of the festival favorites. As her first foray into narrative film and fictionalized storytelling, The Falling is not without its flaws. The storytelling in particular, which utilizes some nontraditional and experimental elements, feels clunky in a few places, but does a good job over all and is certainly eye-catching. Several scenes were images are spliced and intercut into the action are particularly effective, even when it isn't always clear what the desired effect is.

In the lead role, Maisie Williams (of Game of Thrones fame) does a decent job as our swooning protagonist, playing some scenes incredibly well. She does struggle, however in some of her characterizations of the mysterious disease that doctors later diagnose as a case of mass hysteria. As she begins to exhibit small ticks and twitches, they sometimes look more put on than I'm sure they are intended to, but her performance overall is strong enough to carry her through these rough patches.

The Falling certainly falls more into the category of drama than it does thriller, so if you're looking for a scare this is not the film I would advise. However, the beauty and sensitivity of the storytelling of the film, combined with its visual style and performances certainly make this a film worth watching. American society has historically felt threatened by female sexuality and the power it connotes and these fears have been born out in horror movies again and again, from Carrie to Teeth. Here, we are able to see that fear and pressure played out on a primarily female cast and as such, this film feels like the perfect one to cover for my first foray into Women in Horror.