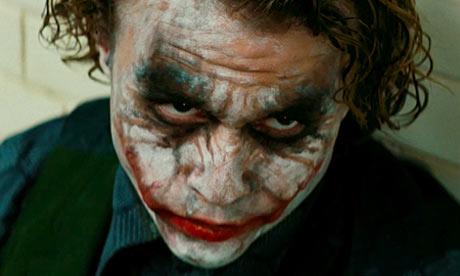 As superheroes go, perhaps none have drawn as much cinematic attention as Batman. It’s because of this that each new installment is met with joy but also apprehension. There’s an elemental quality to Batman, the most basic of superheroes. This primal nature has allowed for brilliant experimentation in both comics and in film, and this newest installment is as worthy an addition to the Batman canon as there has ever been.

Christopher Nolan’s “Dark Knight,” the direct sequel to his acclaimed “Batman Begins,” is a film magnificent in its scope and vision. It’s shocking in its ambition, but also in its economy. From the resoundingly strong cast to the purposeful direction, this Batman hardly misses a note. “The Dark Knight” may not be a perfect film, but that is only because no film can every truly be perfect.

Not long after the action of the previous film, Batman has succeeded in his goal of reviving Gotham. But he soon finds that his reward is a new kind of criminal, desperate men with means to push the boundaries. Batman, as a symbol of justice, is himself unyielding and unreasonable. It only stands to reason then, that in his wake would arise enemies themselves willing to pass beyond reason. Through the efforts of Batman the true forces of law and order have strengthened themselves. Citizens of Gotham have been empowered, and they have in turn empowered Jim Gordon and the new district attorney Harvey Dent to continue the fight that Batman began.

These three men, Gordon, Dent, and Batman, form a trinity that seems on the verge of righting a ship that not long ago appeared lost for good. Their strength is put to the test however, when a force of pure chaos—The Joker—steps into the mix with only one goal: to watch the trinity crumble.

If Batman represents cold, unfeeling justice, then the Joker is irrational death and destruction. He steals only so that he may destroy. He lives only so that he may kill. He plays cop against criminal, criminal against cop, and both sides against themselves. The Joker stands diametrically opposed to the Batman, and it is through his very presence that Gotham’s peace unravel just as Batman’s does as well.

Embodied by Heath Ledger, The Joker isn’t so much a character within “The Dark Knight” as he is an axis around which the film spins. Several times the Joker offers explanations for his physical appearance—the scars that give him a perpetual and horrifying grin. Each of these potential explanations is different, proving that all are ultimately unimportant. The Joker’s origins, it turns out, are trivial. He could not exist without the bat, and his existence similarly provides a fuller meaning and context to the existence of Batman. Ledger’s Joker swirls throughout the film, driving the actions of every other character, sometimes with their knowledge, but more often without. It’s Batman’s role to cut through this storm, to neutralize the Joker. One might be surprised to find that it’s not easily said that he succeeds.

Nolan has crafted the rarest of summer films: a true blockbuster that doesn’t shy away from the quiet moments. Instead, "The Dark Knight" lives in these moments, when Alfred, Lucius Fox, Rachel Dawes, Jim Gordon, and even the Joker share stark, silent space with Batman or his more humane alter-ego. And while many theater goers will buy a ticket to witness mayhem, they will find that they get their money’s worth when the violence gives way to dialogue, or even to the seething quiet that Nolan allows to scream forth.

The director was able to pull this off because he had a dedicated, deadly serious group of actors standing with him. Batman, like all superheroes, lives in a world that can never be our own. Gotham, with its 30 million inhabitants, is itself supernatural. But crafted by Nolan, and populated with the likes of Morgan Freeman, Gary Oldman, and Maggie Gyllenhaal, Gotham becomes as real as the streets of your town. And within this realistic world, Christian Bale, Heath Ledger, and Aaron Eckhart are able to explode forth.

Many critics, perhaps taking a cue from Nolan himself, have likened “The Dark Knight” to a gritty, crime film, but that’s true only in as much as Batman is a gritty crime fighter. “The Dark Knight” may at times wear the costume of an “L.A. Confidential” or “The Departed”—just as Gotham may at times feel like a real city—but underneath that facade is pure superhero guts. Where noir archetypes live in the gray area, Batman defines the black. Nolan’s greatest success may have been in channeling this current within Batman lore. In so doing though, he forces a difficult choice on his characters. This choice defines “The Dark Knight,” but it also sets a new standard of excellence and depth for which all subsequent superhero films must strive.