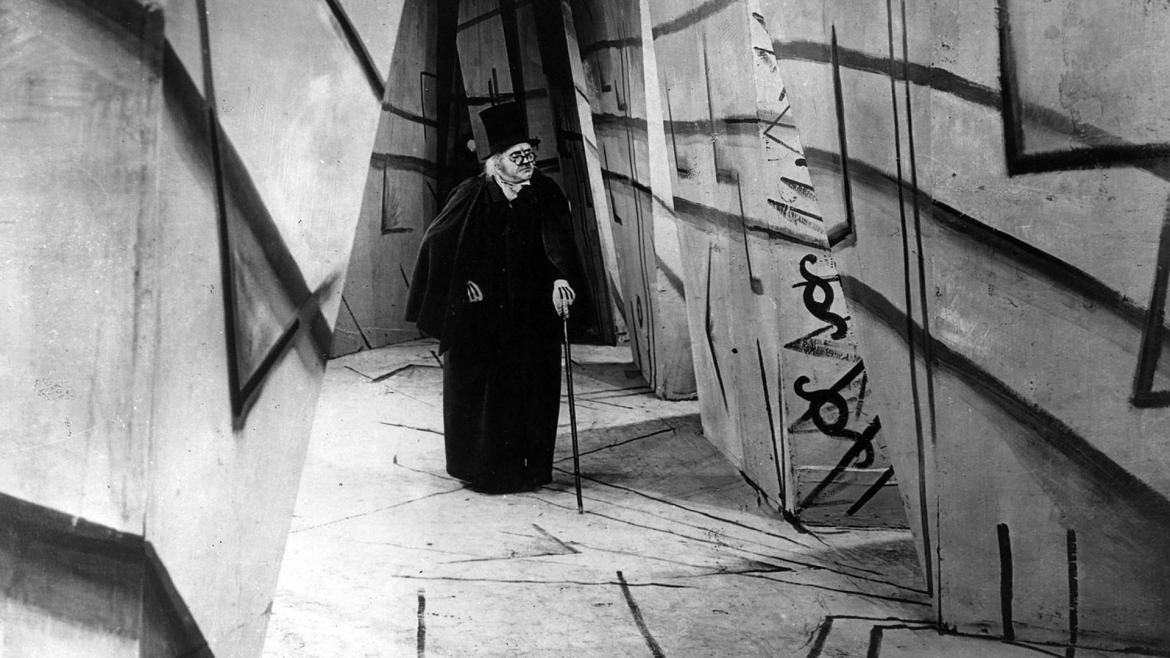 The power of "The Cabinet of Dr. Caligari" is that more than 90 years since it first screened, the film remains relevant to horror fans and critics. The story of Dr. Caligari and his creepy casket is told in flashback by Francis. It involves a series of murders in a small German town. Investigation reveals that Caligari has been using a sleeping man -- Cesare, the somnambulist -- to hunt and kill his victims. When Caligari insists that Cesare kill the beautiful Jane -- Francis's love -- the monster sets off to do so, but then refuses on being struck by her beauty. The townspeople chase Cesare who eventually dies. The film then throws the viewer several twists, which are interesting if for no other reason than they seem to telegraph nearly every horror twist still used today.

Silent films can be difficult to get through, but "Caligari" moves at a decent pace and features enough action to hold viewers attention. The film also serves to illustrate the German expressionist aesthetic at its most extreme. The scenery and sets of "Caligari" are unlike anything that one might find outside modern animated films. One of the joys of watching "The Cabinet of Dr. Caligari" is seeing the impact that the film has had on a century of horror filmmaking. Themes, design elements and narrative flourishes will be recognizable to nearly every fan.

The Shape of Water