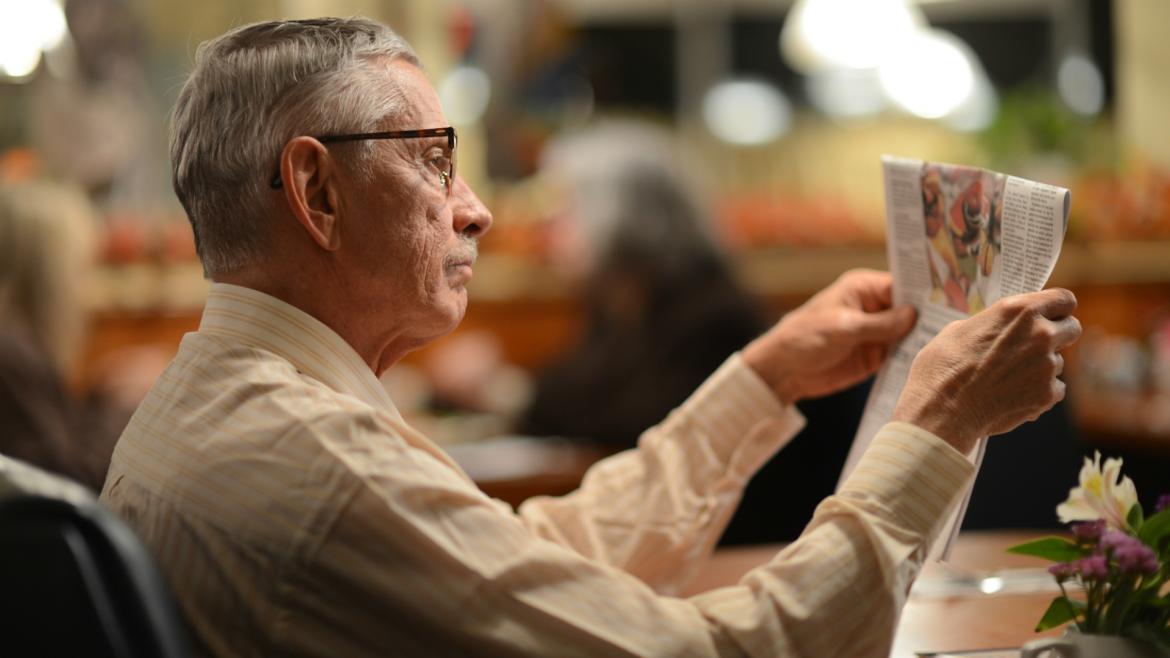 Did-they-didn't-they thrillers are a dime a dozen these days. It takes a filmmaker with a truly unique voice to take a by-the-numbers idea and turn it into something worthy of people's attention. Basel Owies might one day be capable of hitting a decibel loud enough to get people to notice, but his serial killer snoozer, The Barber, will not be the stepping stone that gets him there.

Chris Coy stars as John, a disheveled looking cop obsessed with following up on a case revolving a serial killer that drove his father to suicide many years prior. His target is Eugene (Scott Glenn), the prime suspect in his father's case who was released due to a lack of evidence, now an old man laying low in a quiet town as the local barber. John intends to win Eugene's trust by posing as a wannabe serial killer hoping to learn from Eugene's slick ways and get the barber to let his guard down and confess his crimes.

Finding a fresh perspective in the serial killer genre is a daunting task. Owies, uninterested in reinventing the wheel, hopes to beat you into submission with twists. Coy being outted as a cop to the audience is just the first of many reveals over the course of The Barber, and they don't get any more shocking as they sprout up. In fact, the twists are a pockmark on an otherwise solid script from Max Enscoe. The dialogue is spry and often quite clever when its not trying to set up one of its poorly conceived "twists." Owies' endgame can be seen coming from a mile away assuming of course the dialogue is enough to keep you around for the last act.

Scott Glenn, always a solid character actor, brings the goods from start to finish. However, its the duality of his role that proves to be the most interesting. The more sinister side of Glenn's titular character is the bread and butter of this movie and the first 2/3 were in desperate need of the energy at play in the last 20 minutes. Similarly, Coy's character works best as a man being driven insane by an obsession- his attempts to coax out the killer in Glenn are transparent and awkwardly desperate. The two together just don't quite fit and as a result the film fails to ever make a lasting impression.

The Barber works better as a quiet character study with a hint of intrigue far more than a fly-by-the-seat-of-your-pants thriller. Owies nails the look and tone he was going for, but by telegraphing every trick up his sleeve the tension is stripped away. All your left with is a well-written bore destined to be buried in a bargain bin.