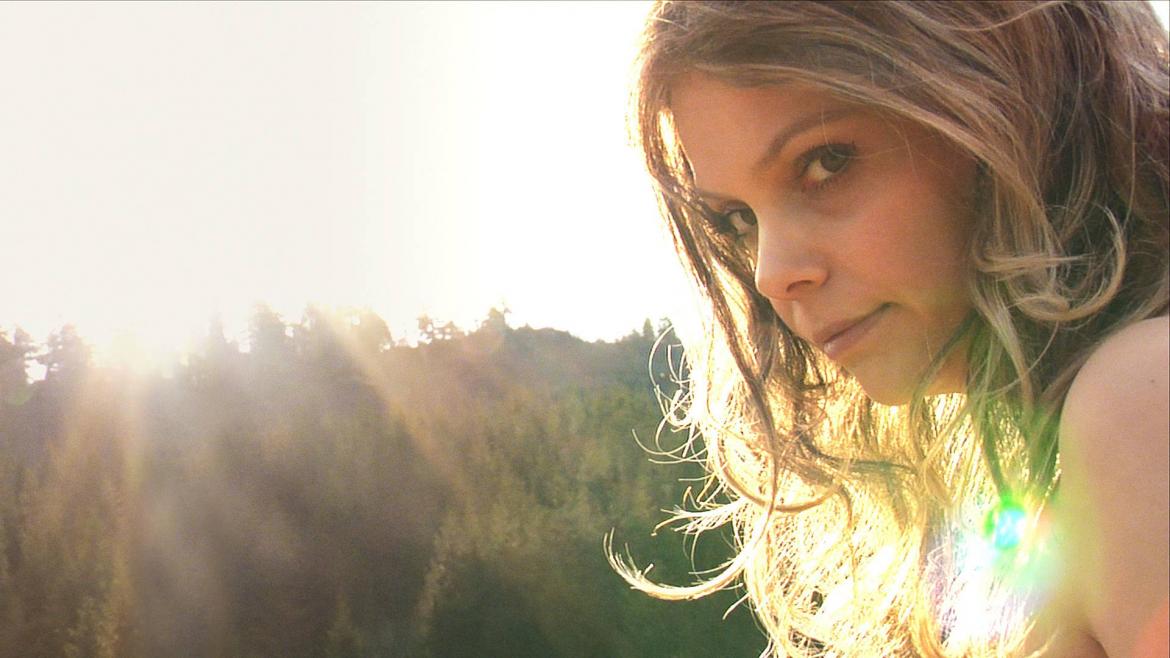 2012’s Norwegian horror-fantasy “Thale” clocks in at just around 80 minutes, so why did it feel like it took hours to get through? Yes, there are a couple interesting scenes, but you have to sit through a lot of boring movie to get to them.

“Thale” stars Jon Sigve Skard and Erlend Nervold as Leo and Elvis, respectively. Leo runs a crime-scene cleaning service (it’s called the No Shit Cleaning Service… perhaps in Norway that's funny?) and he’s a man short. So he recruits Elvis to assist with a particularly ghastly job, an old man has been slaughtered by animals in his cabin. Director Aleksander Nordaas doesn’t show much of the gore with these early scenes (much of the movie is blood free), but when we see Elvis vomiting repeatedly we figure it’s not a pleasant sight.

As they clean the cabin they stumble upon a series of hidden rooms, a filthy laboratory, and a young, naked woman in a bathtub. What is the purpose of the laboratory, and who is the woman? Good questions, and how convenient that the old man left a series of cassettes explaining everything. Leo and Elvis wait for someone to arrive and help them figure out what to do, and while they wait they listen to the cassettes. And we watch them listen. Do we spend just a few quick scenes watching? No, it feels like half of “Thale” is listening to this old man talk about how he rescued this girl, then cut off her tale and stuck it in a freezer.

It turns out the woman is Thale, a mythical Norwegian creature of the woods (called a “Huldra”). She spends a lot of time hiding under beds or in bathtubs as the men search the hidden rooms. Eventually she trusts them enough to be in the same room with them. At one point she touches Elvis and passes along some of her memories to him (more bland exposition…). The movie then introduces some government group who wants to abduct Thale, as well as some other woodland mythical creatures, and it all got very convoluted.

There are a lot of things about “Thale” to like. The film is nicely shot (although the CGI reminded me of a TV horror movie from the 90s—I’m looking at you, “Langoliers”), and the few action scenes (most of them crammed into the last 10 minutes) are interesting. The performances are strong, particularly Silje Reinamo who plays Thale. Her character is pretty limited (she doesn’t speak and spends much of her time running scared of Leo and Elvis), but she does the best with what she’s given.

But all those positives can’t make up for a weak story and lazy exposition. We are given some backstory for both Leo and Elvis (one has cancer, the other has a young daughter he’s dealing with), which would have made for some interesting character development. But these storylines are just glanced over. And when the government agents arrive they’re just men in hazmat suits, no depth at all. The real downfall of “Thale” is Nordaas’s choice to throw all the woman’s background at us through clumsy explanation, rather than build the suspense little by little. Yes, we understand where she came from, but by the end we don’t really care all that much.