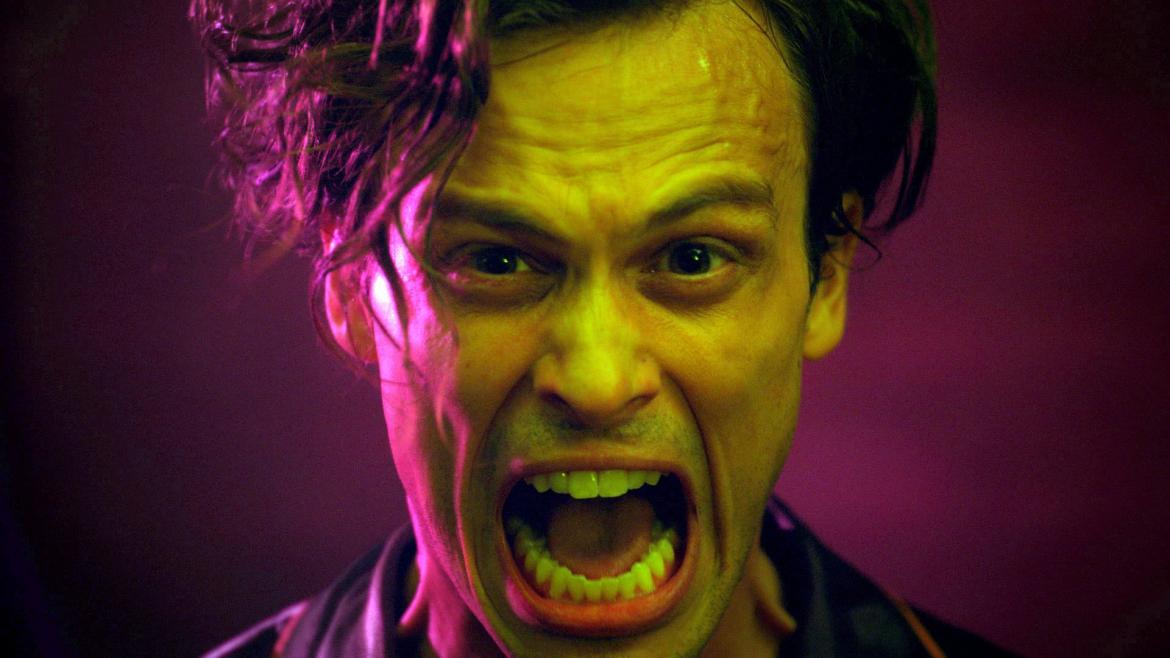 Being different is a feeling that most of us can relate to. For that reason, films about misfits coming into their own abound in just about every genre. Horror directors, and fans, seem to be especially drawn to the story of the oddball turned hero; let’s avoid psychoanalyzing why that might be. Suburban Gothic is one such film. Raymond (Matthew Gray Gubler from Life After Beth and Criminal Minds) has an MBA but no job and is “literally on the verge of moving back in with his parents.” After leaving his small town home, this is the last thing he wants, but it turns out to be his only option. Immediately upon Raymond’s arrival, things are tense. He doesn’t get along with his racist, hyper-masculine, controlling father (played by genre favorite, Ray Wise) and despite the best efforts of his doting mother (Barbara Niven), Raymond immediately feels trapped.

One night, after waking from a creepy erotic dream turned nightmare about a lady-zombie, Raymond sneaks out to head to the local bar to clear his head. This is where he meets (or rather, re-meets) Becca (Kat Dennings, 2 Broke Girls) a classmate from school and fellow outcast. The two quickly form a snarky friendship. That same night, some landscapers working late at Raymond’s house find a makeshift coffin buried in the backyard with a skeleton in it and decide not to tell anyone. When Raymond begins having weird experiences in his house—like a specter spitting a mouth full of teeth at him from the shadows, and an eyeball popping out of the bathtub drain — he confesses to Becca that he used to see ghosts when he was younger and he thinks it’s happening again. The two decide to communicate with the spirit and find out what it wants, before things get worse.

The acting in Suburban Gothic is hammy and snide in all the best ways. Ray Wise plays a macho football coach and affects all sorts of weird quirks—like moving his chair forward by hopping in it rather than scooting or rolling it—and is a blast to watch giving it all he’s got. Dennings, as usual, plays a sarcastic and cynical rebel, an act she has down cold, and seeing Matthew Gray Gubler play a character so far removed from the uptight and hyper-intelligent Dr. Reid is always a treat. The scenes between Gubler and Wise are particularly fun. There is even a brief John Waters cameo!

Apart from the acting, this movie starts to tear a bit at the seams. The tone is all over the map and hard to read. By all accounts, Suburban Gothic should be a horror comedy, and it definitely contains aspects that seem to pay homage to and satirize horror standards. However, much of the film feels like it isn’t sure if it wants to be funny or not. There are a lot of flashbacks, filmed in black and white, which exist, ostensibly, to fill in the backstory of the ghosts. The problem with this is that most, if not all, of that backstory is told to us through dialogue, making these flashbacks redundant at best. The effect of seeing the scenes play out again and again in cheap black and white comes off as filler. Apart from that, the relationship between Raymond and his father is done incredibly well when the two are toe-to-toe, arguing and insulting each other, but when the story tries to delve into their relationship and mine for emotional responses, it does so to little effect, and becomes detrimental to the story overall.

Visually, the movie almost gets away with its mid-level budget, until it starts relying (rather heavily) on very poor CGI and visual effects. The cinematography is awesome and the costuming and overall coloring point this film solidly toward lightness and comedy. When the CGI ghost clouds and levitating heads come in is when this film really starts to feel like it’s reaching for spooky and falling flat on its face. The end result is a movie that looks incredibly cheap, but doesn’t seem to fully embrace the camp. And this, perhaps, sums up the movie. When it goes for goofy, it does it well. It is only when it tries to tow some other line that it falters.