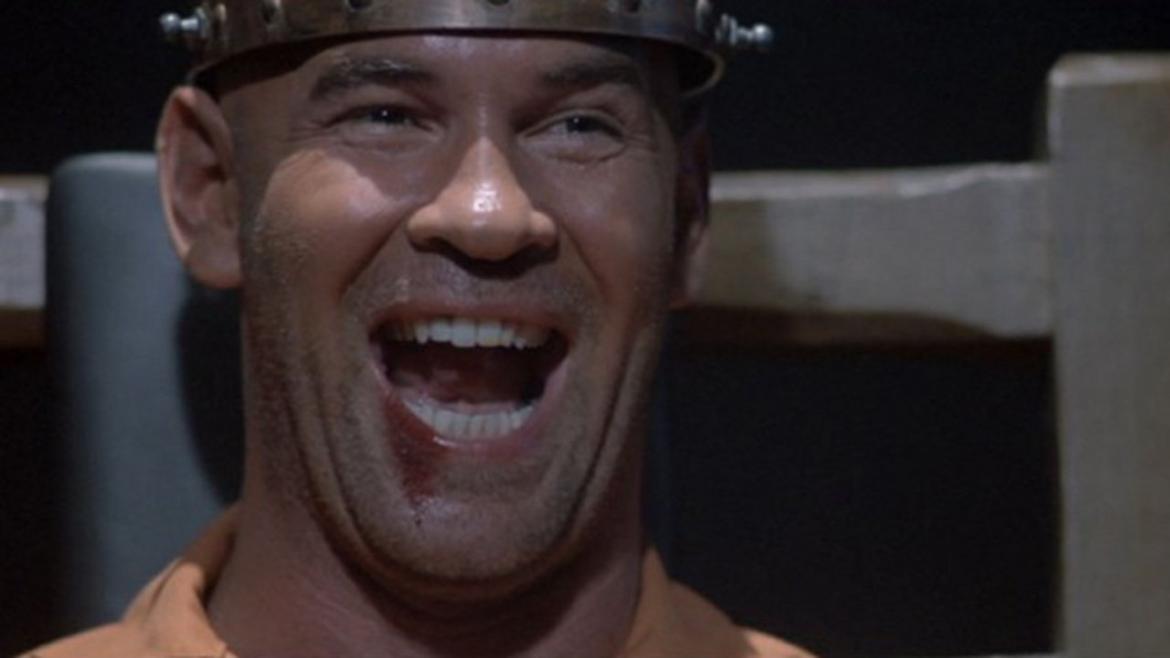 A badly scarred madman with a foul sense of humor stalks his victims across a surreal, fantastical landscape in this Wes Craven film. If this answer came up in say, Final Jeopardy!, and your answer wasn’t accepted, you’d almost certainly have a legit gripe to lodge with the show’s judges. It’s not hard to imagine folks assuming this synopsis is in reference to Craven’s perhaps mildly overly-acclaimed but still iconic A Nightmare on Elm Street. However, it could also point to a far less acclaimed, perhaps adequately un-acclaimed work from Craven’s filmography, 1989’s Shocker.

Shocker reimagines the blood-splattered, court jester Freddy Krueger that fully emerged around A Nightmare on Elm Street Part 3 as a television repairman named Horace Pinker (Mitch Pileggi). Pinker doesn’t just channel Freddy’s humor, he picks up his sadism as well, murdering entire families until he’s caught and sent to the electric chair. And just like Freddy before him, Pinker, doesn’t just survive his run-in with death, he thrives following it. In Pinker’s case, he uses black magic to transform into pure electricity and resumes his murder spree, hopping from televisions and killing all those he finds parked in front of them.

If accepted as something of an off-brand Elm Street, Shocker has two things going for it. The first is Pileggi, who is nothing short of a murderous force of nature here. Pileggi is likely best known as FBI Assistant Director Skinner on The X-Files, however, he always seemed to play that character with a barely restrained be-suited, be-spectacled rage. Occasionally on the show, glimmers of it would burst through that façade. It’s on full display here and it is an unsettling joy to watch. The film’s third act which finds Pinker chasing the film’s “final boy” – college football star Jonathan Parker (Peter Berg) – through a collage of onscreen pop culture history, is watchably bonkers. The characters’ channel-surfing final battle takes them through classic scenes from Leave it to Beaver and the original Frankenstein. Craven layers this madcap sequence with enough humor to make it one of his better climaxes.

Fueled by hair metal and overwrought puppy love, Shocker doesn’t do enough well for two acts to earn a full recommend for anyone other than X-Files devotees eager to see AD Skinner breaking necks and dropping electricity-themed puns. Craven completists may also find something to like in the flawed film’s critique on television’s role as a societal glue as well as its place as a postmodern stepping stone that would one day lead the filmmaker to New Nightmare and, eventually, Scream.