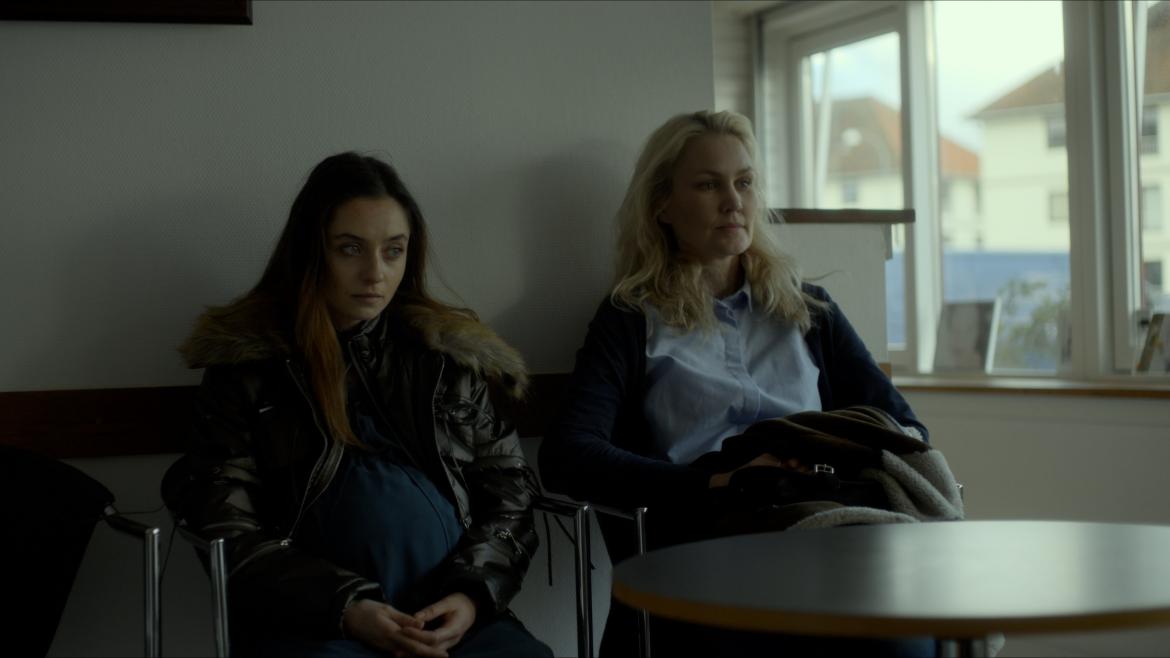 Any movie that prominently features the profile of a pregnant woman in its promotional material has a high hurdle to jump. Following in the footsteps of Rosemary’s Baby, most of these movies end up fighting a losing battle to justify their existence or climb out from the shadow of the earlier and often superior title. Shelley is one such movie that ultimately makes it out of the darkness and into its own little patch of daylight, no matter how bleak that day might be.

The film, set in an isolated cabin in rural Denmark, sets itself apart from the start - placing at its center not two, but three people. When Elena, a young Romanian girl, moves in with married couple Louise and Kasper, it isn’t because she knows them. Rather, she has relocated herself to work as their live-in helper in order to raise the money to buy an apartment for herself and her young son. Elena and Louise are fast friends and it isn’t long before Louise has asked Elena to consider acting as a surrogate for she and her husband.

It is at this early point in the film that a savvy horror fan may think to themselves that they know exactly what this movie is going to be and what is coming next. The trio are situated in a cabin in the woods with no power or running water, Louise has a spiritualist friend who comes by to cleanse her energy, and this couple has just offered to buy Elena an apartment in exchange for the use of her body. Say it with me, THEY ARE TRYING TO PUT A DEMON BABY IN YOU! And for a while, that is exactly what seems to be happening, but as the story untangles itself, it is clear that everything is not what it seems.

Spoilers beyond this point. You have been warned.

As Elena struggles with a difficult pregnancy, Louise becomes more and more controlling, and while this initially reads as sinister or knowing, I think the movie has more to say. Around the halfway mark the focus of the movie starts to shift from one woman to another. It is almost as if the movie can’t decide who it wants its protagonist to be, until it’s sure. After attempting to abort the pregnancy herself, Elena dies, but the baby, Shelley, survives. This is where the film goes one step further than its predecessors. The existential dread around pregnancy, about the feelings of being invaded or overtaken by the life that is growing inside of a woman, Shelley seems to be equally concerned with how all-consuming being a new parent can be.

Director Ali Abbasi turns out a film that is both visually compelling and well-paced. The setting of the primitive cabin creates tension effortlessly while explaining away some decisions that would not have made sense in other films. Abbasi also executes several elements of body horror that, in a lesser movie, would have come off as grotesque and absurd in all the wrong ways, but manage to work perfectly here. The score and the sound design are equally strong and create a great deal of unease throughout the film’s runtime. It has a high bar to meet, but Shelley is certainly up to the task.