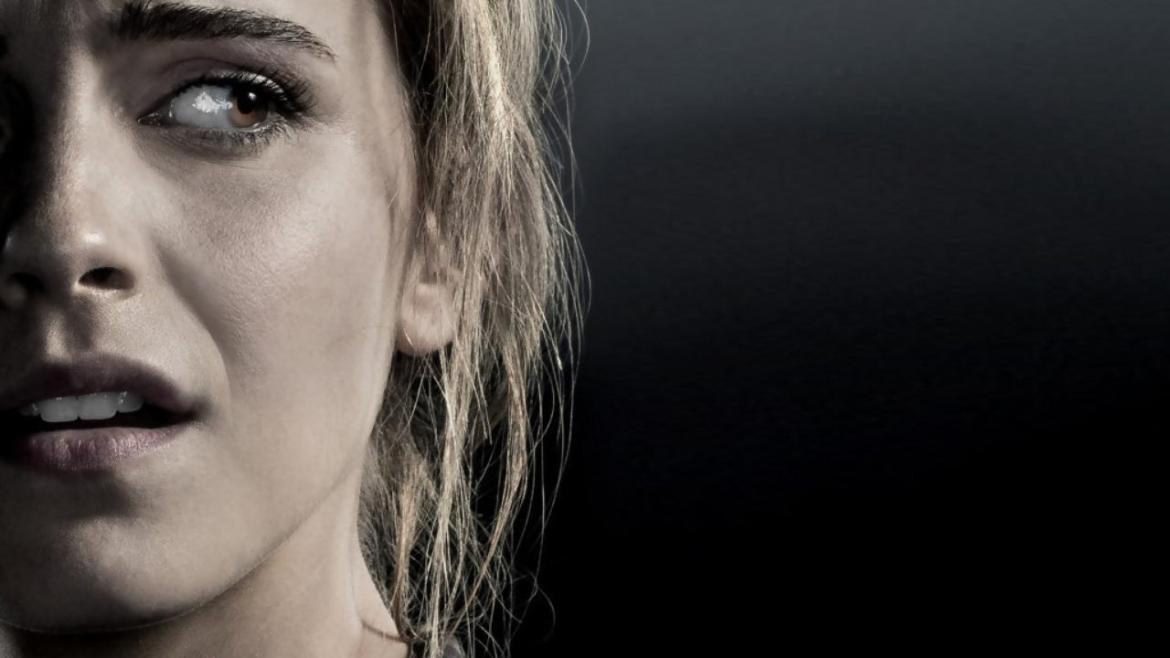 Hindsight is 20/20. From where we stand, it is easy to look back on historical errors and realize just how wrong the people then were and convince ourselves that we would never believe such things or act that way. One such time, in our more recent past, is what came to be known as the Satanic Panic of the late 80’s and early 90’s. For those of you who aren’t familiar, the cutesy moniker refers to a time when mass hysteria took hold across the country as people were gripped with fear that everyone around them could be (and probably was) a devil worshipper.

Seeking to tackle this moment in time through the horror lens, writer/director Alejandro Amenábar (The Others, Vanilla Sky) makes his return to the genre with Regression. The film tells the story of Bruce (Ethan Hawke) a detective in a small Minnesota town who begins to unravel what appears to be a huge Satanic conspiracy while investigating charges of molestation. When Angela (Emma Watson) levels accusations of sexual abuse against her father, Bruce is brought in to investigate along with a psychologist (David Thewlis). Before long, the two men seem to have stumbled into a much bigger case than they realized, with each new eyewitness providing more detailed and unbelievable testimony than the last.

Modern day audiences will immediately recognize the role that the media (particularly the local news) played in propellin this movie forward and creating paranoia and dread within its audience as well as the power that suggestion has over those who are subjected to so called “regression therapies.” Our protagonist, however, is immediately caught up in the horror stories. Bruce listens to the recordings of witness statements obsessively, tunes into every TV special, and starts collecting best selling books on Satanism and recovered memories. While the idea of taking on the perspective of someone who falls into the Panic is an interesting one, it does little to create tension. Watching the movie, we can’t help but be aware that every testimony we’re hearing is made up and every flashback a fabrication. This choice was perhaps the most ill-conceived, given the effect it had overall tone of the movie.

There is, however, one other pretty glaring weakness that needs to be addressed, but will require some spoilers. Consider yourselves warned! When, at the end of the movie, Bruce realizes that Angela has been making it all up (in a scene that feels like it is supposed to surprise us, which it fails to do) he is enraged. Confronting her, he lays out the story as he sees it; she was the child of very poor parents and an alcoholic father, her mother killed herself to escape, and her father disowned her brother after learning he was gay. Finally Angela, at the age of 16, had a relationship with a local police officer who refused to run away with her because she was a minor, sha was desperate for a way out. Bruce accuses her of seeking that escape and being carried. He exits the room, confidently stating that evil does exist (and implying that Angela is it). This ending could not be more insensitive. Everything about the movie is telling us to villainize and despise this young woman when the story makes it clear that she herself is a victim who got swept up not unlike Bruce himself.

Far from being a victorious return to form for the film’s writer and director, Regression ends up being a bit of a bust. From its tone to its tone-deafness this movie is really just a disappointment.