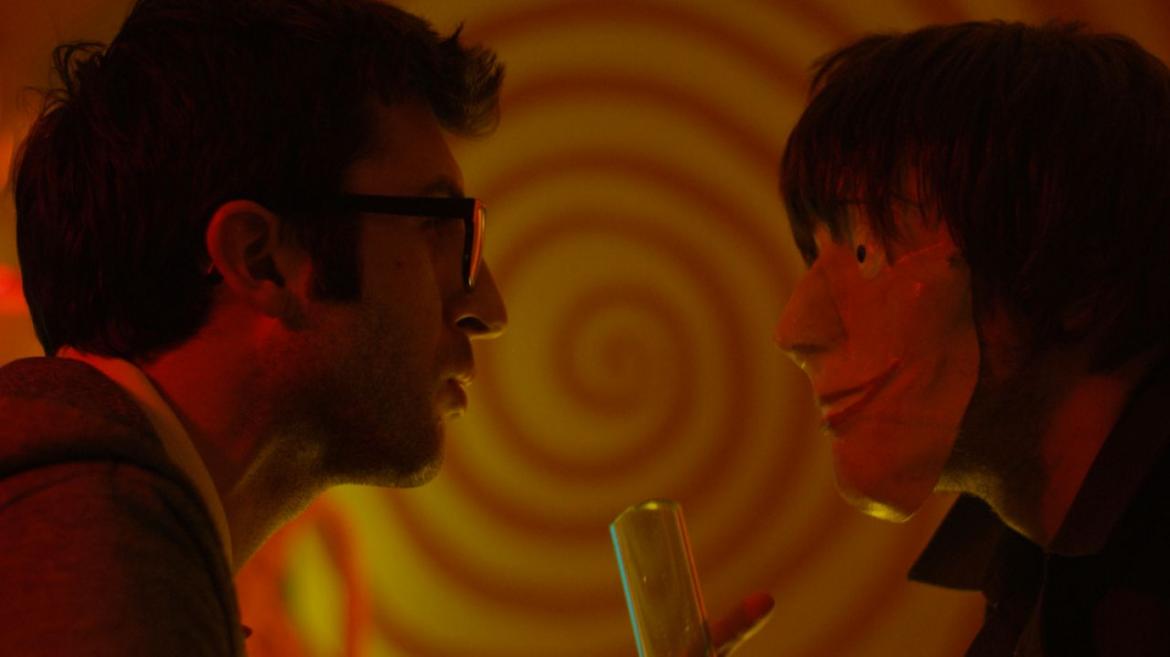 Hipsters. Hipsters everywhere. That alone is a solid pitch for a horror movie. Hipsters are terrifying with all their smug self importance, skinny jeans and disapproving judgmental scowls at your taste in music, food and drinks. Okay, maybe I don't know that much about hipsters, but I've met people like the ones in Psychotic! and there's a morbid bit of enjoyment to be had watching them literally chew on glass.

Psychotic!  follows a bunch of wannabe hipster musicians partying hard while a serial killer infiltrates the drug induced shenanigans and picks people off one by one. The glass bit among inspired moments of indie flavored violence is just part of what's in store for you here. Embracing its low budget, the film has a distinct throwback aesthetic, synth score and cheeseball acting complimented by over-the-top kills.

Directors Maxwell Frey and Derek Gibbons lean heavily on Halloween influences in the opening scene and combine those influences with Giallo style violence with an absurd twist. You get kills in the midst of oral sex and a screaming orgasm, being stabbed with a bong while the killer lights it and the victim blows out the smoke, and of course a victim being fed broken glass and being forced to chew on it. The violence in any other movie would be vicious and hard to watch, but here it's just a gleeful love letter that has its heart in the right place but is a little irritating when people aren't getting maimed.

Psychotic! sort of missed the boat at the point of peak homage for indie movies, but there's still just enough here to chew on if you're desperate for something that almost no one you will speak to will have seen let alone heard of. Then you too can be the most hipster film geek in the room and no one will be impressed.