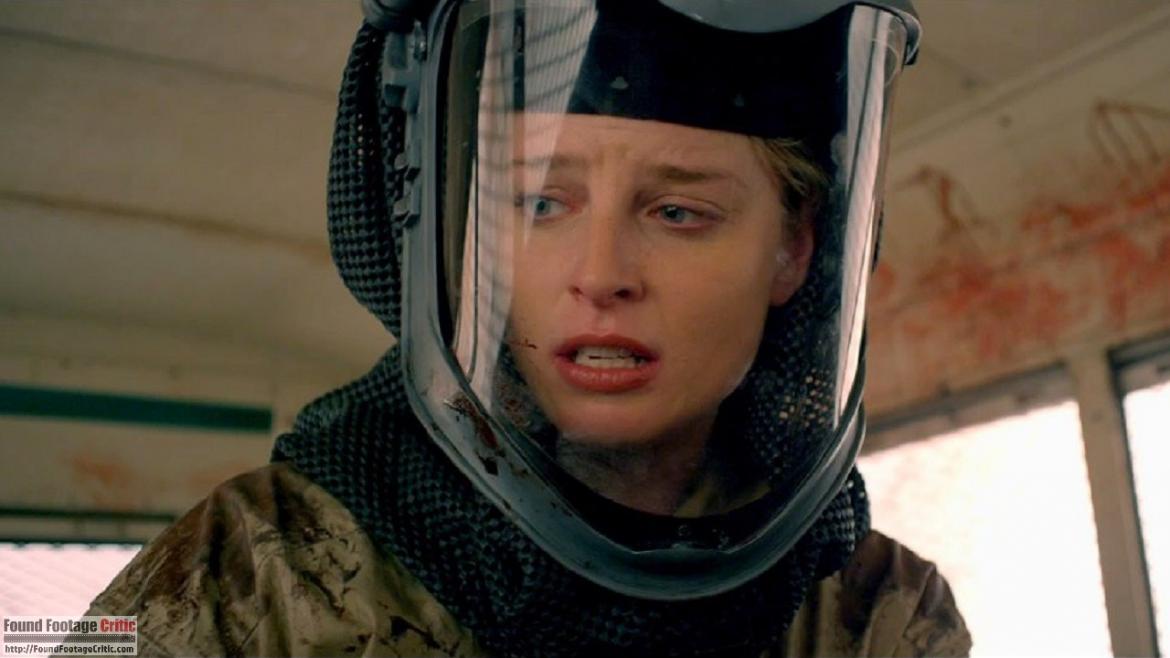 The upcoming Hardcore Henry is a perfect example of the first-person style of filmmaking taking some unique turns over recent years. While that particular film might lie on the outermost fringe of the horror genre we now have one that lies smack dab in the middle of the horror wheelhouse- that film is Pandemic. A film that without it's first-person shooter perspective gimmick many genre fans might never give a second glance.

Pandemic could just as easily been retitled Left 4 Dead: The Movie. Left 4 Dead of course being the popular zombie horde shooter from a few years back on XBOX 360 in which you select a character to play out of a small group of survivors and get from Point A to Point B with random hordes of zombies attacking you along the way. That is precisely what we have here. A future where a virus has wiped out much of humanity (they stop short of ever calling them zombies) and Lauren (Rachel Nichols) has found her way to a militarized facility of survivors. She along with a select group of soldiers and another scientist are about to set out to rescue another search party that ran into some trouble and bring them back- along with any other non-infected survivor. Lauren though, has a family that is still out there somewhere and sets off on the mission with an agenda of her own.

Game of Throne's star, Alfie Allen (who plays Theon Greyjoy in the HBO series), Mekhi Phifer, and Missi Pyle make up the rest of the main cast- none of them ever developed enough to really connect to on a level that would matter when things go south. Allen though, plays your typical rough-edged tough guy that you love to hate and therefore sometimes root to be fodder for the horde, but maybe he's not as bad as we think. These are your typical character archetypes that we're dealing with, just part of the film's mostly generic DNA which doesn't set it apart from other film's in the zombie/infected genre.

The action set pieces though are actually quite impressive and with the first-person twist you get the sense that you are a part of the chaos. However, as you have no control over the camera or the character it is attached to, the predictable moments of characters doing the dumbest thing possible are unavoidable and often extremely frustrating. The script gives one a sense of deja vu that's a collision of elements and dialogue from Left 4 Dead and the original Resident Evil games.

The action scenes in Pandemic hit so hard and so fast that the visual style often becomes a little overwhelming to the senses. There is a certain charm to the film's adherence to genre tropes, but they often dampen any true potential. All in all Pandemic is a unique twist on first-person horror that borders on sensory overload and shaky potential behind tired cliches.