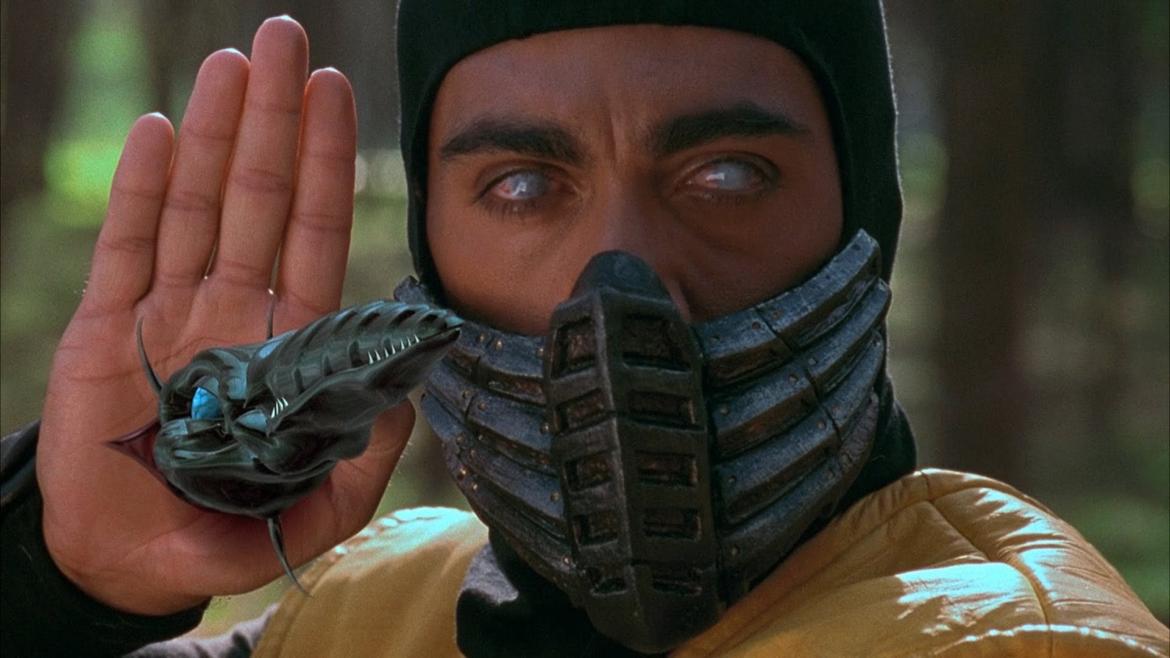 Far and wide. That's how far you'll have to look for someone who does not have at least some association with the words, Mortal Kombat. Of that large sample size you might find a larger ratio that had no idea there was a movie adaptation--plus a sequel. There are a couple of reasons for that. Hipster culture hasn't quite ruined that nostalgic sub-sector and secondly, there are so few of us that still look back with rose colored glasses at the Paul W.S. Anderson joint.

The familiar faces of Lui Kang (Robin Shou), Johnny Cage (Linden Ashby) and Sonya Blade (Bridgette Wilson-Sampras) grace this big screen adaptation as participants for the Earth Realm in the titular tournament. The vicious sorcerer Shang Tsung, however, is intent that Outworld walks away with victory so that they may invade Earth and Tsung can enslave humanity. Yeah, you're not alone if you don't remember that being the point of a button mashing fight simulator.

The ever complicated and growing plot of the MK games aside, let's all be honest with one another, the best part was just repeatedly thumb slapping buttons until your buddy threw his/her controller in anger as you labored through the final button combinations that resulted in bloody dismemberments--except for 'The Pit' in which case a simple uppercut would suffice. So why exactly is all this extra mumbo jumbo in Anderson's film relevant? The answer is simple. It isn't. As with every Anderson videogame adaptation since the game elements take a back seat to whatever plot machination came spitting out of the Hollywood machine.

As the film blazes through the Michael Bay-esque character introductions you can visualize a checklist of Mortal Kombat-isms that Anderson had to play with and check them off one by one throughout. Even the ones that make no sense in context when compared to the game--for instance, Shang Tsung confidently snickering "Fatality" to a wounded fighter he just stole a soul from that he didn't personally defeat. Or there's the clever but out of place Johnny Cage autograph that floats on-screen after the fiery conclusion to one of his fights. These are all "Oh I remember that" moments for those even vaguely familiar with the game, but haven't aged well for the similarly aged nostalgic casual gamers.

Unintentional laughs are offset by a pretty killer soundtrack that includes the always recognizable theme--in all its 90's nightclub beat glory. The cheese factor is almost enough to ignore the chaotic "storytelling" and discount Halloween costumes--which are Oscar caliber when compared to the sequel...but we'll get there. Speaking of sarcastic Oscar accolades...the acting. When you're looking at B-movie stars the likes of Christopher Lambert the bar is pretty well set. Although, a deliciously villainous turn from Cary-Hiroyuki Tagawa hardly gets old even after all these years.

Frankly, as hinted at beforehand, if you don't have fond memories those button mashing battles whilst playing whatever iteration of the game you chose then skipping to the theater in joy to catch the film on the big screen, then I feel sorry for you. Make no mistake though--Paul W.S. Anderson's Mortal Kombat is a bad film. Like, really bad. However, every now and again it is acceptable to hop into the cinematic trash can and dig around for a while--and I'll be damned if Mortal Kombat isn't some fun trash. Life is full of buzz killing challenges and if we can't let go and have some fun outside of the realm of what's considered good and bad cinema, then what's the point of guilty pleasures?